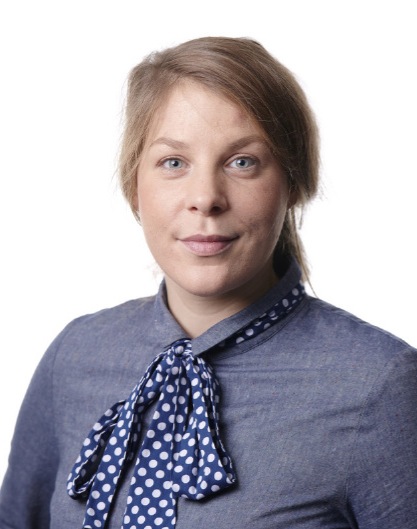 By Sarah Netter, Department of Intercultural Communication and Management, cbsCSR

In 2013, the fashion industry witnessed two major events: The introduction of in-store clothing recycling systems by leading fast fashion retailers and the signing of the Accord on Fire and Building Safety in the aftermath of the collapse and burning of Bangladeshi garment factories. While these events most certainly have shocked and spurred the interest of the media and public, the question remains what impact such events will have on consumers’ long-term  memory and the decisions they make in the  face of “sales” signs.

To date, consumers in the Nordic countries are purchasing fashion well beyond the world average, a growing trend. Clothing consumption in the Nordic countries has increased significantly over the past decade - estimated at a nearly 40 percent increase since 2000 in Sweden alone. In line with the increase in consumption, disposal numbers have risen alike. Yearly, an estimate of 145,000 tons of textiles is finding its way to incineration facilities or landfills in Sweden, Denmark and Finland, which is equivalent to half the amount of textiles that are placed on the market annually. These increasing consumption and disposal levels are not only related to intensifying the waste management problems, but also continuing to put further strain on environmental, social and economic hot spots along the textile life cycle. Policy makers, fashion retailers and researchers alike have joined forces to alter this  course, and make the Scandinavian case a leading example of transforming the industry and consumption patterns towards more sustainable approaches of doing business and consuming fashion.

The MISTRA Future Fashion project, funded by MISTRA (the Swedish Foundation for Strategic Environmental Research), is one example of a joined initiative aimed at promoting sustainable fashion. The project generates knowledge and insights accessible to the Swedish fashion industry and to other actors such as policy makers, governmental agencies and NGOs. The overarching goal is to explore and evaluate paths on how to improve both environmental and social performance (e.g. in terms of labor rights), as well as industry’s long term global competitiveness.

We, the MISTRA Future Fashion Consumer Behavior team based at CBS, investigate how to promote sustainable fashion consumption. During the first year of this four-year project, we had the opportunity to carry out a larger representative survey on young Swedish fashion consumers, aged 16 to 30, in the spring of 2012. The purpose of this study was to find the key drivers and barriers to sustainable fashion consumption. One of the major findings is that while young Swedes on average display high levels of environmental and social concern, this awareness does not automatically translate into more sustainable behavior. This attitude - behavior gap becomes even more apparent in the case of discarding unwanted clothes. Reasons for that are manifold. The limited availability, accessibility, and affordability of more sustainable options are frequently mentioned challenges by the average young Swede.

Since the data collection in 2012, two major events occurred, which may affect the fashion industry: Firstly, on a tragic note, the collapse and burning down of clothing manufacturing facilities in Bangladesh in May 2013, resulted in major fashion players signing the Fire and Building Safety Accord. Secondly, on a more positive note, fashion retailers started to take charge of disposal and recycling activities related to fashion consumption, with H&M, Bestseller and Weekday introducing their in-store clothing recycling scheme globally in 2013.

Although short-term actions, such as boycotts are frequently witnessed, consumers frequently forget about their shock and disapproval of the system in the light of the “sales” signs.The aforementioned 2013 events stimulated the idea of following up our target group’s behaviour in a before-and-after-trial design. With the financial support from the CBS Sustainability Platform and the ICM Head of Department Fund, we were able to carry out a replication of the Swedish 2012 survey in June 2013.

This created the unique opportunity to compare consumers’ attitudes and behavior before and after the above mentioned events, allowing us to study whether and how consumer behavior has changed. What we can say from the analysis of the 2013 survey data so far is that 58% of the young Swedes are aware of the Bangladesh incidents. This relatively high level of awareness seems to be a promising basis for investigating the impact on consumer behavior. In terms of usage of the in-store recycling system, 5.7% out of the 1,011 young Swedes claim to have used the recycling service; a number, which at first glance might appear insignificant. Considering, however, how much these 5.7% may contribute to the amounts of textile waste and the pace at which innovations tend to diffuse from first introduction to widespread use, these findings can be considered rather promising. To put things into perspective: Within thefirst six month after implementation, H&M has collected 44 tons of used clothes in Danish shops, which is equal to 10% of the annual amount of clothes discarded in Denmark. The data from this 2013 survey is currently being analyzed and first results are expected to be published at the beginning of 2014.