IS THE ‘BLUE’ REVOLUTION SUSTAINABLE? 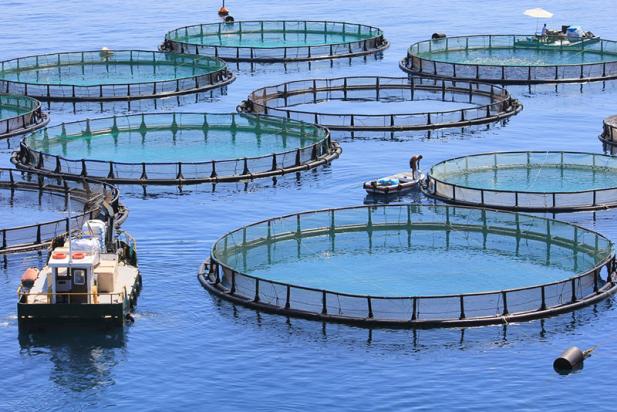 IS THE ‘BLUE’ REVOLUTION SUSTAINABLE? Paper in Science questions whether aquaculture certification is enough to ensure sustainable seafood production

Certification of products from aquatic farming - aquaculture - is contributing to the sustainability of seafood production but also has serious limits. Therefore, it should be seen as one approach among many for steering aquaculture toward sustainability. This is argued by an international team of researchers, including CBS Professor Stefano Ponte, in a paper published in Science on September 6th

Aquaculture is one of the fastest growing global food production systems, and now provides close to 50% of the world’s supply of seafood. As stocks of fish in the oceans decline, aquaculture has been hailed as the way forward in meeting the fast-increasing demand for seafood, especially in emerging economies. Yet, the rapid expansion of aquaculture, especially in Asia, has created a wide range of concerns about water pollution, degradation of ecosystems, and violation of labour rights. In response, NGO-led certification schemes have developed standards on the environmental and social performance of aquaculture.

Based on the work of an international network of researchers, including CBS Professor and Academic co-Director of the Sustainability Platform, Stefano Ponte, the Science paper argues that sustainability certification in aquaculture is only one piece in a more complex puzzle. It is also problematic. The leverage that powerful actors, including environmental activists and Northern buyers, have had in defining standards exclude smallholder producers in the South from certification and thus limits access to global markets. And, because certification is focused on the farm-level instead of covering the cumulative impacts of multiple farms in one particular location on the surrounding environment, it cannot achieve wider sustainability goals.

Sustainability certification is currently commercially viable only for seafood consumed in the global North, while the majority of seafood production and consumption occurs in other markets. Only less than 5% of global aquaculture production is currently certified. The 13 main species covered by the Aquaculture Stewardship Council (ASC) account for 42% of the worldwide aquaculture production, leaving  58% of aquaculture production with no potential for sustainability certification. The recent introduction of two additional certification labels for multispecies standards has expanded the potentially certifiable volume to 74%. In practice, however, the new standards will only lead to an increase of 0.1% in certified volume because much of what is potentially certifiable is produced in countries like China, where there is little demand for seafood that is certified.

The implication of these limits is that certification needs to be seen as but one of a wider array of strategies to regulate sustainable production. Assumptions that countries in the South are unwilling or incapable to regulate aquaculture no longer hold true everywhere. “Countries like Thailand have experience with international food safety regulation, apply their own sustainability standards, have sophisticated food industries, and represent some of the most important domestic markets for aquaculture products,” says Professor Ponte. Thus, Northern-led certification need no longer be imposed in lieu of state regulation or in isolation from local standards development, but should be institutionalized as part of a broader array of approaches, including state and private regulation in the South.