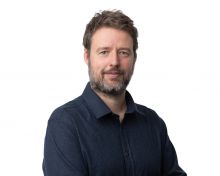 What is the connection between freedom and rationality in human action and thought?  What is the nature and limit of responsibility? How can we transmit and cultivate human rationality?  These are the questions at the center of my philosophical research. I am particularly interested in the role and nature of situated judgement as form of rationality that is, on the one hand, not reducible to ‘gut feelings’ but, one the other hand, cannot be captured in general, context-insensitive rules and agent-neutral terms. Currently I am working on the relation between this form of rationality and the conceptions of rationality within contemporary economic theory as well as within current management and organization theory.  In my research I build upon the work of neo-Kantian, contemporary philosophers such as John McDowell and Christine Korsgaard as well as the tradition of phenomenology and hermeneutics, notably Hans-Georg Gadamer and Martin Heidegger. I also draw upon the tradition of Ancient philosophy, in particular Plato and Aristotle. Finally, I work with the thought of Michel Foucault and with the analyses of Giorgio Agamben in order to develop their diagnoses of the forms of power that shape our contemporary society.