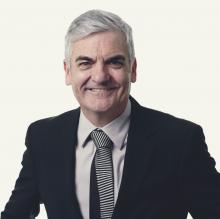 My areas of speciality, which span my publishing career since the 1990s, include political and historical sociology, social and political thought, particularly in respect of power, and governing in liberal democracies, starting with the government of poverty.  More recently I have emphasized problems of sovereignty, and related issues of security, exception and legitimate violence, liberalism authoritarianism, international police and problems of the international order. While Michel Foucault has remained the abiding intellectual influence in my career, I have now engaged extensively with the works of Giorgio Agamben, Carl Schmitt, and numerous other social and political thinkers.

Link to this homepage
www.cbs.dk/en/staff/mdmpp
Courses

I am currently supervising three PhD students in Australia at Macquarie and Newcastle Universities: on youth participation and youth councils, international volunteering, and on risk and workplace safety. I have supervised and examined many theses at PhD, Masters, and honours level.  Recent completed research thesis topics include governing women on release from prison, the genealogy of child protection, and the legal governance of the family farm in rural Australia.  I am open to a wide range of PhD topics and perspectives.

PhD Course: Foucault, governmentality and critique: analytical strategies for the critique of power

Review: How a California acid trip made Michel Foucault a neoliberal

No outside activities to report.