The Baton: views on entrepreneurship

The Baton of Entrepreneurship is a feature of the CBS Entrepreneurship Platform that aims to stimulate dialogue and share insights into entrepreneurship research across the boundaries of CBS. Ten CBS researchers offer scientifically sound opinions on the topic. Each one answers the same five questions and passes the baton on to the next researcher of their own choice outside their own department. enter Magazine brings the second round of two new batons by William B. Gartner and Ester Barinaga. 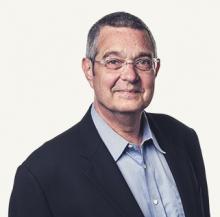 Professor at Department of Management, Politics and Philosophy

1.    What is your understanding of entrepreneurship? Can you elaborate shortly?

I am interested in processes of organizing (from Weickian and Schumpeterian perspectives) as it pertains to the emergence of new organizations. But the sensibility of “processes of organizing” could also be expanded to include the emergence of new: markets, products, services, technologies, and ways of doing business (i.e., business models). Given a more expansive definition of the term “entrepreneurship”, the word has become a catchall phrase that has become meaningless (see below).  Entrepreneurship means whatever people want it to mean, and, therefore, it is almost useless for talking about what the phenomenon might or might not be.  So, for example, one might not see how “swimming” and “entrepreneurship” would have anything in common, yet, if someone combines them into “entrepreneurial swimming” then, there is some sense making that such a phenomenon exists as an aspect of entrepreneurship.

As Arthur Cole put it in 1969: “My own personal experience was that for ten years we ran a research center in entrepreneurial history, for ten years we tried to define the entrepreneur.  We never succeeded.  Each of us had some notion of it – what he thought was, for his purposes, a useful definition.  And, I don’t think you’re going to get farther than that.”

2.    What characterises an entrepreneur as an individual?

3.    What does this mean for university education, or education more generally?

4.    What is the role and function of entrepreneurship for private companies and for the public sector?

All good things come to an end. Success is transitory. Failure is a fundamental aspect of change. Traditions are solutions to yesterday’s problems. So, if today is different than yesterday, then, what worked yesterday doesn’t work today. Entrepreneurship for the public and private sectors implies that nothing lasts.  Get used to it. Failure is in your future. Move on.

5.    In what sense is entrepreneurship important for society?

Human beings appear to desire a great deal of novelty in their experiences.  We are easily bored. Therefore, change in inevitable. What is often under-appreciated is that change does not necessarily lead to being “better off”. We tend to forget that Schumpeter saw entrepreneurship as the process of “creative destruction.” Entrepreneurship as a solution to problems in society is over-rated.  Whenever people tell me that they have a solution for mankind’s problems, I run away from them as fast as I can. 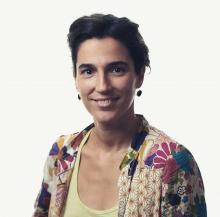 Professor with special responsibilities at Department of Management, Politics and Philosophy

The debate on the role of the state is also a debate on the form to be taken by civil society. This has led to the introduction of a new language of social action, civic engagement and social entrepreneurship as well as an increased focus on the centrality of the civil society sector for the renewal and sustainability of our societies. Having that as a background, my research focuses on the strategies, methods and tools used by civil society initiatives in their efforts to ignite social change, with a particular emphasis on those initiatives addressing ethnic marginalization and stigmatization in our societies.

1. What is your understanding of entrepreneurship? Can you elaborate shortly?

2. What characterises an entrepreneur as an individual?

3. What does this mean for university education, or education more generally?

If entrepreneurship is about (1) setting ideas in motion and (2) coordinating actors, then university education needs to rely on action-oriented pedagogies. These are pedagogies that push the student to experiment with new ideas, that encourage her to discuss and test them, that foster looking out for partners and that contribute to frame and strengthen collaborations. The studio-based pedagogies that we work with in the OIE program are well suited for this.

4. What is the role and function of entrepreneurship for private companies and for the public sector?

As time passes and society changes, organisations – public or private – need to respond to such changes. Cultivating an entrepreneurial attitude helps organisations not only to stay attune to contemporary social, economic, technological and cultural changes. An entrepreneurial spirit can contribute to be part of making the next wave of change.

5. In what sense is entrepreneurship important for society?

Entrepreneurship is a process that channels the energy for keeping society moving. The direction in which it moves depends on the actors involved and the ideas they work with.

Read all 10 answers to the Baton of Entrepreneurship