A new perspective on management of design

PhD and lecturer at University of Leicester, School of Management, Marta Gasparin points to new ways for managers of the design process to act, in order to constantly optimise the outcome of the design process and change the market and the competition. In her PhD dissertation, she investigates the respective roles of designers and design managers in the design process. She suggests looking at management of design as the process of enrolling and mobilising actors and translating goals, thus creating the design in a heterogeneous network of allies. She believes that design managers constantly need to act in order to keep the actors in the network motivated.

In her PhD dissertation Management of Design as a Translation Process, Marta Gasparin, former post-doc and PhD in the Department for Operations Management at Copenhagen Business School (CBS), proposes a new perspective on management of design. Framed by Actor-Network Theory, she describes it as a translation process – a process of communicating goals, creating links and proposing programs to actors in a network.

Actor-Network Theory is a methodology that treats the actors as enacted and relational and explores the network creation in a process of symmetry between human and non-human actors.

“This means that the reality is not pre-given or pre-constituted but always in the process of making: Compared to other design theories, where managers have to manage something given or the external world, and the markets are fixed, I demonstrate in my PhD dissertation that managers have the ability to change the market and the competition by framing their products,” she says.

New interpretation of the design process

The PhD dissertation has three design objects in focus: all chairs manufactured by Fritz Hansen: the Series 7 and the Egg, designed by Arne Jacobsen in 1955 and 1958, and the ICE, designed by Kasper Salto in 2002.

Based on her analysis, Marta Gasparin presents a new interpretation of the design itself, the design process of value creation, the role of managers and designers in this process as well as the role of technologies of managing.

Design as a "chaotic practice"

In a heterogonous network of allies, design is the outcome of a construction process of things conducted by mobilising and enrolling actors through the translations of goals.

“It is a chaotic practice with the inevitable risk of unintended consequences. This process is guided by the managers, who act as spokespersons, while the designers coordinate all the actors involved in the creation process, in the decision making or the final decisions concerning the design and its development during the life cycle of the object,” she says and adds, "in practice, the designer is one of the actors who contribute to the design of the object or of the service. The whole network contributes and is essential, and managers should be aware of that.” 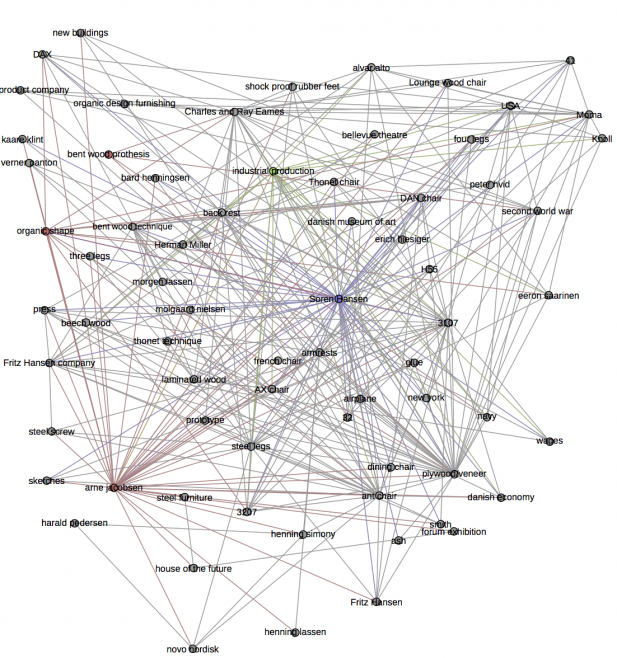 Actor-Network Illustration of the Product Development Phase of the Serie 7: Demonstration of complexity of the managerial efforts in managing the many humans and non-humans actors involved.
Photo: Marta Gasparin

Managers of design are spokespersons

By looking at design from an Actor-Network-Theory perspective the individual qualities of insight, intuition, vision and creativity are reinterpreted and assembled in the language of the design. These qualities are no longer the properties of an individual but are instead collective virtues in relation to which governing and managing play a fundamental role.

Marta Gasparin therefore describes design managers as spokespersons. They translate needs, expectations and demands of different actors who express their desires, their interests and their mechanisms of operation. Design managers seek to create shared goals by encouraging the other actors to adhere to the program of action. The value, she argues, is constituted and forged through the relationships; it is not something that is internal or embedded in the product but something that is adopted and adapted by the allies in the network.

“This means that also the value is not constituted or pre-given, it is not embedded in the product. It can be constantly shaped and changed, if markets or customers change. Design managers have to monitor this and constantly seek to associate or disassociate features,” she says.

Managers of design have to act constantly

But managers are both spokespersons and strategists who continuously impose actions on other actors. In order to be successful they have to create links, find compromises, assemble disconnected parts and display flexibility to make the process visible and more understandable throughout network of actors.

“The network is very complex and made up of a heterogeneous group of actors. The managers have the delicate task of understanding who the actors in their network are and how to keep them motivated and interested. If actors leave the network it collapses, sales decreases and the object stops being interesting because no one relates to it,” she says.

The notion of management in the dissertation signifies an action of making profit through the process of constructing, translating and shaping human and non-human actors. Focus points of design managers are speaking on behalf of and for the design as well as seeking to create a stable network of human and non-human actors as allies across social, organisational and technical domains.

Focus on the micro-processes in the design process

Marta Gasparin’s perspective is based on a different philosophical approach compared to previous theories in this field. According to her, previous authors have not looked at the micro-processes in the design process but have focused more on a macro-level or operations management. Marta Gasparin looks at the network construction around a design object:

“It is not a simple network analysis on how the actors relate to each other. It is about how they associate: The manager determines some objectives, for example, ‘design a new chair’, and then s/he begins to enroll different actors in the network. The actors in the network show not only that they relate but actually that they understand the program of actions and that they believe in it and support it,” she says.

The making of the ICE chair

Taking the example of the design process around the ICE chair, Marta Gasparin found that in the previous perspectives on management of design the creation of the chair would have been interpreted as a contractual procedure – the company hiring a designer – or as the company assigning the designer a task where s/he had to come up with an innovative and successful product.

“This was done but I proved that there was also something more in the process: all the micro-actions and interactions that happen, involving the on-going decision interplay between design managers, designers and the CEO, as well as the importance of the machines and materials in developing the prototype. Those non-human actors are often taken for granted or not given the necessary attention in the design management literature,” she says.

Companies interested in this new perspective on design management

Due to a profound interest in this subject both in academia and in business, Marta Gasparin has introduced a series of workshops on design management for companies. At these workshops, she realises a high interest of managers in understanding their network and identifying actors who can be mobilised to communicate value or may prove useful for increasing sales etc.

“I try to communicate that they can actually frame the features and the values of their objects. I point out how they can understand the network of actors around the company and mobilise it to create value,” she says. 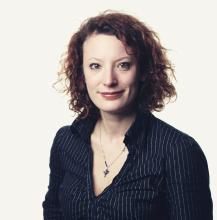 Marta Gasparin
PhD (CBS) and lecturer at University of Leicester,
School of Management