Participants from public institutions, Copenhagen Business School, business and industry and other actors from the field of entrepreneurship met at the conference, which was the first in a new series of annual events on entrepreneurship policy.

Professor Daniel Hjorth, academic co-director of The Entrepreneurship Platform at Copenhagen Business School, opened the conference with a look at the Danish government’s innovation strategy, which emphasises the need for a mutual exchange of knowledge among businesses, universities and public organisations and the importance of more efficient innovation schemes. Daniel Hjorth emphasised that CBS is very interested in contributing to an innovation strategy for Copenhagen, but that it is also crucial to involve business, industry and the public organisations in this debate.
(Entrepreneurship Police Conference).

Copenhagen is in a good position

In his introduction, Daniel Hjorth presented a world map of The Top 20 Startup Ecosystems by the Startup Genome, which lists Silicon Valley as the world’s leading start-up ecosystem, and Berlin as number 15. Copenhagen did not make the Top 20, but Denmark is included in Wall Street Journal’s list of Europe’s most entrepreneurial countries. In Daniel Hjorth’s assessment, Copenhagen is well positioned culturally; in part because one of the keys to start-up success, according to The Startup Genome, is a correlation between large art and music scenes and entrepreneurship. In terms of creative industries, Copenhagen is ranked the fourth most specialised city in Europe after London, Berlin and Stockholm, said Daniel Hjorth. (See facts & figures by Copenhagen Capacity). 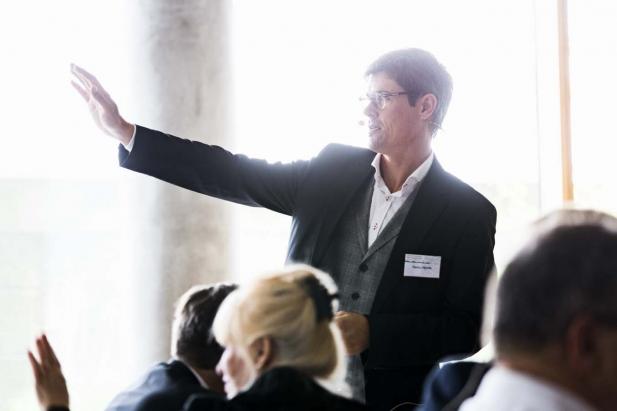 Peter Torstensen, CEO of Symbion A/S and Accelerace, drew parallels to the world of sport and recommended taking a systematic approach in setting up thriving entrepreneurial ecosystems. Entrepreneurship can be trained, the same way athletes train for a competition. He pointed out that studies headed by Symbion indicate that the success rate for start-ups increases with the number of start-ups the founder has established. The analysis suggests that founders starting up for the fourth time have an 80% chance of business success.

Peter Torstensen emphasised that a key factor for creating successful entrepreneurial ecosystems is that the system has a critical mass of successful serial entrepreneurs, and that these entrepreneurs reinvest their time, money and skills to create a positive spiral, which in turn attracts more talent and more capital. 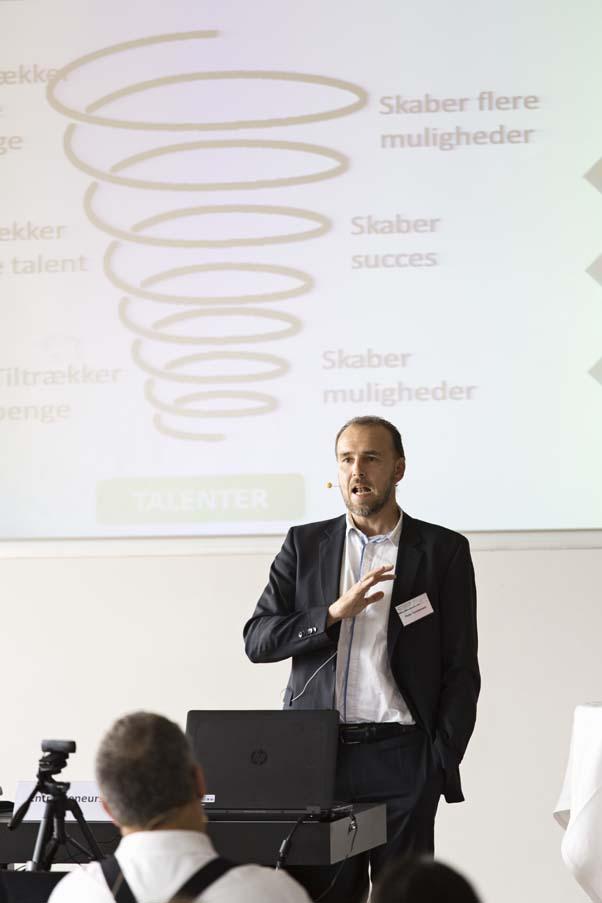 According to Daniel Hjorth, nine out of ten attempts to create new projects or enterprises fail. He believes that we need a new mindset around handling and taking advantage of learnings from failure in connection with innovation and starting up companies and projects. He recommended instituting a ‘Friday afternoon fail meeting’ to discuss the lessons of failures and mistakes during the week. A point that Kirsten Drejer, CEO of Symphogen A/S, supported in the closing debate, where she also highlighted the importance of promoting a culture that celebrates failures – because it is only after three or four failures that success really becomes an option.

Thomas Aakjær Jensen of the Universe Foundation echoed this point of view. He highlighted the role of humour as a key factor in relation to failure and the importance of extracting learnings from failure. 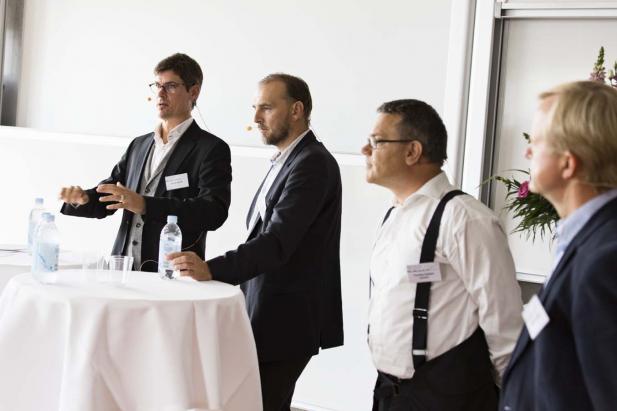 Daniel Hjorth, Peter Torstensen, Anders Quitzau and Thomas Aakjær Jensen debated the importance of creating a mindset that allows for the possibility of failure while promoting a culture of success. Thomas Aakjær Jensen mentioned that there might be a benefit in having a corporate jester, who can add an air of humour to failure, making it more acceptable to fail and to fool around – and in turn generating more innovation.

Kirsten Drejer highlighted the crucial importance of funding along with a good idea and good people when launching a start-up. Good relations among the venture capital market, large global companies, universities and the entrepreneurial community are essential, she said.

Kirsten Drejer also mentioned the cultural factor, which has a key impact on entrepreneurial activity: When young people are asked whether they expect to be dollar millionaires before they reach the age of 30, 70% of surveyed American teenagers say ‘yes’, while only 5% of Swedish teens have the same expectation. She closed her presentation by quoting John Ford: ‘whether you think you can, or you think you can't ... you're right' to emphasise the importance of the cultural factor. 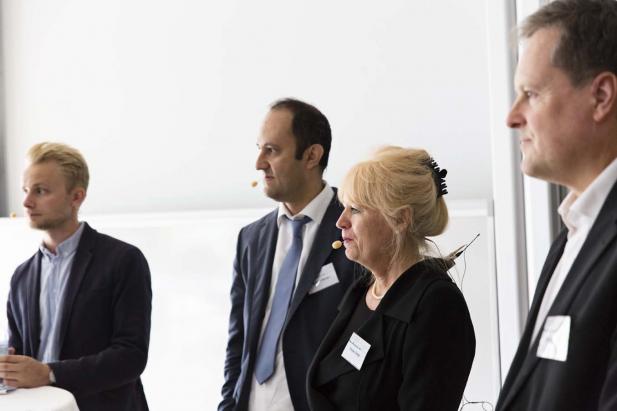 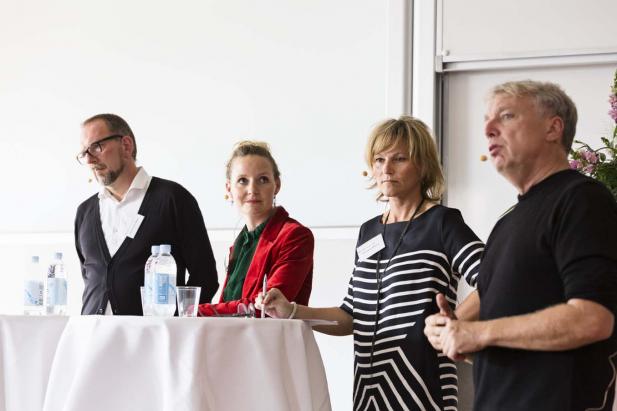 Classical guitarist Thea Vesti Pedersen teaches and develops entrepreneurship at The Royal Academy of Music in Aarhus, where the students take the subject for three-and-a-half years. According to her, one of the challenges is that the educational system at the art schools is based on the tradition of apprenticeship. Traditionally, The Royal Academy of Music has prepared the students for employment in public art institutions. This is a very small job market, however, most of the students have to create a market for their skills. Here, an introduction to entrepreneurship as part of their education can help them, Thea Vesti Pedersen said.

Deputy Director General, Anders Hoffmann, of the Danish Business Authority pointed out that although many of the challenges concerning the general conditions of entrepreneurial activities have been addressed. Both educational and business policies are needed to promote the establishment of entrepreneurial ecosystems in Copenhagen.

Christian Vintergaard, CEO of Foundation for Entrepreneurship – Young Enterprise Denmark, spoke of the role of state and municipal activities in relation to entrepreneurship. Some of the challenges can be handled at a municipal level, he argued. A key factor for entrepreneurship is to teach it already in primary and secondary schools, he said. In his assessment, there is not enough emphasis on entrepreneurship teaching in Copenhagen schools, compared to the rest of the country. He added that the same is true of higher education programmes in general. 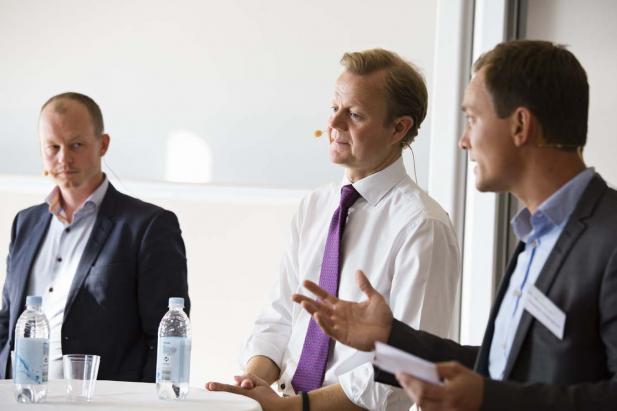