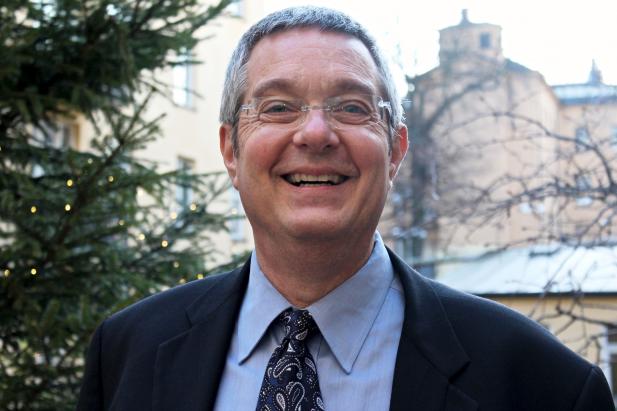 William B. Gartner, professor of Entrepreneurship and the Art of Innovation, finds that CBS has a level of depth and breadth in its entrepreneurship scholarship that no other university has.
Photo: Magnus Aronsson, www.esbri.se

‘I think CBS faculty are willing to ask interesting questions and not be afraid to go in the direction that those questions take them. It’s a fun place to be because the level of scholarship is rigorous, pioneering and diverse,’ he says. He emphasizes that CBS offers rich opportunities to collaborate with other entrepreneurship scholars and adds that his primary goal in coming to CBS was to work with other scholars interested in entrepreneurship.

Broadly interested in all aspects of entrepreneurship
Bill Gartner is broadly interested in entrepreneurship, and has ‘dabbled in various methods, disciplines and perspectives that might have some relevance and usefulness for studying entrepreneurial processes,’ as he puts it. He does quantitative studies with large longitudinal data sets as well as survey research, fieldwork, case studies, and ethnography. His writing falls into a number of different genres: academic journal articles, practitioner pieces, editorials, book chapters, books, narratives, short stories, manifestos and poems.

‘As the phenomenon of entrepreneurship is diverse, I like my research methods, theories and practices to be as diverse as well,’ he explains and adds:

‘As I see it, my main contribution to entrepreneurship at CBS is my enthusiasm for exploring all aspects of the phenomenon.’

At present, Bill Gartner is collaborating with other scholars on a range of topics including a theory of entrepreneurial behavior, the financial characteristics of emerging firms, reasons for quitting venture startup efforts, opportunity design, a history of the idea of opportunity, the relationship between opportunities and resources “in-hand”, the language of failure, G. L. S. Shackle’s ideas about the possible, the poetics of exchange and the aesthetics of organizing.

Creating possible tomorrows
In Bill Gartner’s assessment, CBS is often on the edge of organizational thinking, and he believes that entrepreneurship research and education can – and do – contribute to creating growth and innovation in society:

‘What I think is not easily graspable in studying and engaging in the world of entrepreneurship is imagination – what might be.  I think most of our traditional analytical tools and decision processes involve “what is” which is helpful, but knowing and understanding “what is” doesn’t take us through the doorway to the future,’ Bill Gartner says.

Bill Gartner suggests that the study and practice of entrepreneurship has some relationship to creating possible tomorrows.

‘One of the reasons I’m interested in entrepreneurial narrative is because of the ways that entrepreneurs go about envisioning the future through their actions and words.  Many entrepreneurs are linguistic innovators; they play out Wittgenstein’s dictum: To imagine a language is to imagine a form of life,’ he says.

Get article as PDF: enter2-pioneering_and_diverse_entrepreneurship_research_at_cbs.pdf