The Southeast Asia research unit carries out research within international economics and international business, with perspectives from sociology, anthropology, and political science. The research currently focus on countries such as Malaysia, Indonesia and Vietnam, with a cross-national, regional or global perspective. 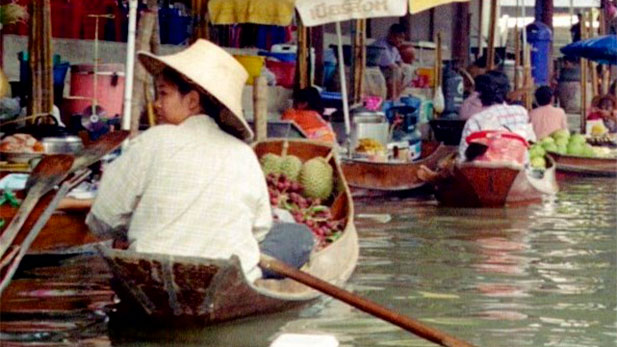 The Southeast Asian research unit currently focuses on three main areas. The first one focuses on regional organisation and nation building in the region. Key issues in this connection are the relationship between ASEAN and national political priorities framed in nationalism, on disaggregation between nation and state, and on notions of ethnic belonging and political ideology. The second main area of research is on processes of regionalism and regionalisation in Southeast Asia. Key issues here are risk and opportunities for nation states in this context, ASEAN as a coherent economic community, and Southeast Asian political and economic relations to South- and East- and Northeast Asia. The third research field is on Southeast Asia and processes of economic globalisation. Key issues here are whether economic globalisation constitutes a threat towards regional and national identity, open market versus developmental regionalism, economic decoupling and nationalism, and economic zones and economic development in ASEAN. On the basis of these fields of study, the Southeast Asia research unit welcomes researchers to engage in collaboration in the form of individual projects, international workshops or conferences. Our aim is to build a strong research environment in collaboration with individual researchers and/or universities and research institutions from Denmark, Southeast Asia and beyond.

The focus of this project is a study of the variety of economic zones currently found in Malaysia. It focuses in particular on the life cycles of various types of economic zones as well as on whether they have or have not integrated into the local, regional and national economy. One of the ways in which to study this is to focus on forward and backward linkage processes, as this provides a potential avenue for assessing the various mechanisms that link international and local companies to each other. As a case study in this connection the free economic zone Bayan Lepas in the state of Penang has been chosen. During this research the project has furthermore singled out as a special study how modes of cross-cultural business communication takes place between international companies working in economic zones as well as with local suppliers and sub-contractors. As a case study in this connection the project focuses on the Danish shipping company Maersk Line and its relationship with local suppliers and subcontractors in the Port Klang Free Zone in the state of Selangor as well as with similar companies in the Tanjung Pelepas Port in Johor Bahru district in the southern state of Johor. Currently the project focuses in particular on Maersk’s office in Kuala Lumpur, and how the staff that are mainly Malaysians, manage to partly internalise the company’s global corporal culture, and partly how the staff on the basis of this deals with the suppliers and subcontractors in the Port Klang Free Zone. This case study is expected to provide the researchers with insights into how global and local companies relate to each other in terms of cross-cultural business communication.


When analysing modes of navigating cross-cultural business communities, most IB studies employ an etic approach that delineates how ethnically owned companies thrive and manoeuvre in complex cross-cultural business contexts. This approach implies employing theoretical models and empirical observations that from a methodological point of view identify a local entrepreneur as either an objectified agent or as an anonymous ‘other’, thus indicating that such approaches have their roots in an ethnocentric academic tradition. Acknowledging the merits of this tradition, this project takes a step further and introduces an emic or contextualised approach that makes local entrepreneurs themselves provide the main bulk of data on why and how they position themselves in a cross-cultural business context the way they do. The main objective of this project is thus to show how local entrepreneurs develop business strategies so as to navigate and grow their companies in a complex cross-cultural business context. The discussion on local entrepreneurship is currently initiated by outlining a theoretical model for how to approach emic studies and is then expected to proceed towards suggesting a methodological approach that is capable of providing the empirical data that supports the development of a model that is based on a combination of etic and emic approaches. Basically, this project constitutes a first step towards developing a generic model of how to deal with context.

This project analyzes Chinese foreign direct investments in Indonesia and the broader Southeast Asian region. Currently, a follow-up study on a previous study in Indonesia is in progress. Output:

The Vietnamese economy has not only grown at an impressive rate since the introduction of economic reforms in 1986, but it has also gone through a formidable transformation process. Market oriented reforms and an increasing outward orientation have contributed to changing Vietnam from an inward-looking and stagnant socialist economy to a vibrant export hub and a major location for foreign direct investment. Poverty rates have fallen rapidly, living standards have increased, and new industries have emerged. Yet, despite these advances, Vietnam remains a developing country with large regional differences, striking contrasts between urban and rural areas, rising income gaps, and a weakly functioning public sector. The quality of social services, health care, and education has not increased at the same rate as exports and GDP, and the management of public resources is inefficient. Vietnam is still a one-party state with the Communist Party firmly in power, with a large number of state-owned enterprises dominating the economy thanks to protection and privileged access to resources. The transition from a socialist planned economy to a market economy is far from completed.
ARC’s Vietnam program explores various aspects of the continuing economic and social reforms and reform challenges in Vietnam. Past contributions have focused on international trade, industrialization, the role of the state, and macroeconomic management. The current research agenda focuses on the character and role of inward foreign direct investment, the performance of joint ventures between Vietnamese firms and foreign multinational corporations, and various issues related to Vietnam’s many export processing zones and other special economic zones.

The purpose of this project is to forecast the skill demand in the FDI-sector (including its supplychain) and to design innovative partnership models for technical and vocational education andtraining (TVET) in Vietnam. The forecasting will be based on information on GVC upgradingtrajectories and skill demand at different stages of the value chain: in principle, the objective isto predict what types of skills the foreign MNEs would require in the medium-term future ifVietnamese labor costs were twice as high as today.

The aim of this project is to bring together a group of researchers from Africa, Asia and Europe to evaluate the implications of special economic zones (SEZs) for development and social inequality in three emerging economies, Ghana, India, and Vietnam. These three countries provide cases with different levels of integration into global production networks on two different continents.

Ph.d. fellow Jun Yuan Seng want been signed on at Department of Economics, Government and Business since 1. of February.

Jakobsen, Michael 2010. Interdependency Versus Notions of Decoupling in a Globalising World: Assessing the Impact of Global Economics and Industrial Developments and Inter-Ethnic relations in Penang, Malaysia. Copenhagen Discussion Papers series. No. 35, November.

Jakobsen, Michael 2007. The Political Economy of Cultural Stereotyping. From Hofstede Towards a Hermeneutic Understanding of Contemporary Identity Making in East and Southeast Asia’. Paper presented at the China in the World, the World in China International

Conference: ‘Implications of a Transforming China: Domestic, Regional and Global Impacts’. Organised by Institute of China Studies. University of Malaya in Malaysia. 5-6 August.

2005
Jakobsen, Michael and Jan Kanne Petersen 2005. The Tsunami and its Social and Political Implications. NIASnytt: Asia Insights. Special Issue. Published by the NIAS-Nordic Institute of Asian Studies. No. 2, June.

2004
Gammeltoft, Peter (2004), ‘Development of Firm-Level Technological Capabilities: The Case of the Indonesian Electronics Industry’, Journal of the Asia Pacific Economy, Vol. 9, No. 1: 49-69.

Jakobsen, Michael 2002. Appropriating the Global within the Local. On Identity Formation among the Minahasa in North Sulawesi, Indonesia’, in Catarina Kinnvall and Kristina Jőnsson (eds): Globalisation and Democratic Development in Asian. London and New York: Routledge, pp. 230-46.

1997
Kokko, Ari 1997. ‘Small, Medium, or Large: Some Scenarios for the Role of the State in the Era of Modernization and Industrialization in Vietnam’. Macroeconomic Reports 1997:6. Stockholm: Swedish International Development Cooperation Agency.