The China research unit carries out research within international economics, international business and management, with perspectives from sociology, anthropology, and political science. The research focus on China with a cross-national, regional or global perspective. 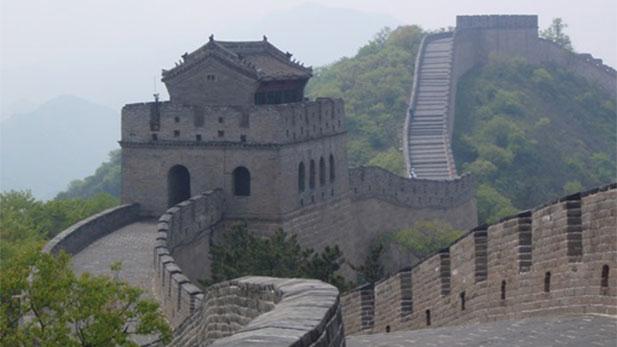 China is now entering a new stage of development, where political, structural, and demographic factors are gradually reshaping the character of the economy and the society at large. Instead of relying on foreign markets and technologies, competitive advantages based on low wages, and savings and investment rather than consumption, the Chinese economy is expected to increasingly rely on the domestic market, with human capital and innovation driving development. China’s New Normal will also exert far-reaching economic impacts on the rest of the world, including Danish economic interests. To capture these dynamics ARC’s China program aims to be forward-looking, and includes research projects both on China’s domestic developments and on the international repercussions of China’s transformation. Ongoing research projects are listed below.

This project analyzes Chinese foreign direct investments in Indonesia and the broader Southeast Asian region. Currently, a follow-up study on a previous study in Indonesia is in progress. Output:

Related Publication
Governing responsible business conduct in Chinese mineral supply chains and investment in the natural resources: a global and an Arctic perspective

My current research takes point of departure in guidance issued by the Chinese Chamber of Commerce for Minerals and Chemicals (CCCMC) relating to responsible supply chains for minerals sourced from outside China, and investments in mining, as well as potentially other natural resources, e.g. rubber, bio-fuel crops etc. My research into this area has considered the Chinese and international political and normative foundations for the guidelines and the application and relevance of the guidelines in specific regional contexts. As part of this I have analysed and discussed the relevance of the guidelines in regard to Chinese interests in mining and minerals in Greenland. Future research plans into this area include an analysis and assessment of the application of the Guidelines, motivations in terms of access to the US and EU markets that require transparency around sourcing for potential ‘conflict minerals’, the uptake by Chinese companies and investors of risk-based due diligence as an emergent risk-management approach seeking to identify and reduce adverse impacts on society, and a potential expansion of the CCCMC guidance to other products.

Displaying a strong state-driven character, China’s approach to corporate social responsibility (CSR) stands out from that in many other states, in particular in the West. This is due in part to a close institutional connection between the state and the market, but it goes beyond what may be perceived as a logical connection in view of China’s socialist market-structure. CSR in China is marked by an explicit deployment by the government at central and some regional levels of CSR as a modality to govern business conduct. Governmental regulation of CSR is arguably more common in some Asian and generally emerging economies than in much of the West. This research explores China’s approach from the perspective of governmental interests in shaping business conduct within and outside the nations’ borders. As part of this, the research explores CSR governance in China at the national and sub-national level the as an example of general relevance to governments concerned with a ‘smart mix’ of regulatory measures, that is, a mixture of soft and hard regulatory modalities comprising policy, incentives, guidance, mandatory requirements and enforcement to enhance business action to reduce adverse impact on society and an increase positive impact in accordance with public policy goals. Currently, labour issues in textile sector and social impacts of minerals imports and minerals supply chains form the key cases.

Objective: Gain a deep understanding of the survival and international success of resource-poor firms in general but with particular focus on China.
Methodology: Building theory from multiple case studies. Data collection from interviews with managers at different levels, company archives, participatory observations, etc.

These are some high profile examples of Chinese investments in the US and EU. What is significant about these acquisitions is the fact that all of these Chinese investing companies were almost unknown players a decade or two ago. All of a sudden, they are actively and aggressively investing globally. How can this happen? Where does the global competitiveness of these Chinese companies come from? Will the Chinese firms and emerging market firms in general pose a challenge to incumbent firms in the West and Denmark in particular? These are the puzzling questions the project aims to tackle.

Looking into China’s Strategic Emerging Industries under the initiative ‘Made in China 2025’, my research seeks to cover the relationship between new regulations and the fostering of state-targeted innovation. Empirically I look at the strategic emerging sectors of New Energy Vehicles, Industry 4.0 and Next Generation Information Communication Technology. The goal is to uncover where policies align and where they divert along with discovering what kind of impact they have on varying stages of innovation and industry formation. Moving from the theoretical paradigm of Political Economy, the latter part of the project looks into the corresponding impacts on industry level. Inquiries will be made into the governing of the knowledge economy along with the creation of new cluster dynamics and the reconfiguration of state and market under China’s State Capitalist System.

When the Chinese government elevated artificial intelligence (AI) to one of the key issues on its national agenda, it also pledged its full support towards achieving an ambitious objective. With China’s 2017 "New Generation Artificial Intelligence Development Plan", the country has set its sights on being a world leader in AI theory, technology and application, and becoming the world's largest AI innovation center by 2030. A cornerstone to achieving this goal is a unique institutional framework that enables, for example, the collection of enormous amounts of data. This will yield extraordinary aggregations of training data for areas such as computer vision and natural language processing – subfields of AI in which China already excels. Some of these aspects could be linked to the emergence of a distinct state-led “Chinese model” for the development of AI technologies, which is the focus of this research project. Within the scope of the project “Artificial Intelligence in China – Data, Methods and Sector Applications” with the Sino-Danish Center (SDC), Armin Scheer's research aims to decipher the particular patterns, dynamics, drivers and effects of AI development in China. Moreover, he looks at the nature of Chinese innovation policies related to the governance of AI, as well as the role played by the private sector enterprises in establishing AI ecosystems that stimulate the diffusion of AI technologies.

The SOE (state-owned enterprise) sector provides an important avenue to political power in China. A number of SOE executives are members of the Central Committee of the Communist Party of China (CPC) and often they change career tracks to become leading government and Party officials. In the past, the oil and gas sector was a significant recruitment basis for government and Party leaders.However, in recent years, the aerospace sector has become more dominant. This is a result of the anti-corruption campaign which has, in particular, targeted the oil sector, and also reflects the emergence of new sectors and social groups due to changing political and socio-economic conditions of Chinese society. The oil and gas industry is an old industry associated with China’s heavy-industrial growth model of the past, whereas aerospace represents China’s technological future.

Key sectors of the Chinese economy are dominated by state owned enterprises (SOEs) owned by central and local governments. They are important tools in advancing industrial policy goals, controlling pillar and key industries domestically, and conducting strategic investments abroad. However, Chinese SOEs are far from being a homogenous group of companies due to different levels of constraints, government ownership and local institutional embeddedness. The purpose of this PhD project is to contribute to the limited literature on diversity within Chinese state ownership by studying local SOEs. Local SOEs are the backbone of provincial economies, and controls the majority of state assets in China today. However, they are embedded in very different sub-national institutional environments, or what can be termed “local varieties of state capitalism”, which shape their corporate governance, ownership structures, and subsequent performance. Through a series of papers, the project will shed light on their institutional embeddedness, mixed ownership reforms, and corporate governance structures including the role of the Party organization in enterprise management. The project positions itself in comparative political economy, and argues that a sub-national analysis highlighting provincial and city level institutional differences is necessary for understanding contemporary state-market relations.

A delegation from Communist Party of China International Department visited EGB on 20 September.

Walravens, T. (2020, Aug 6). What’s in a Name? The Role of Gastronationalism in the Recent EU-China Agreement on Geographical Indications. Queen Mary University of London. https://www.qmul.ac.uk/euplant/blog/items/whats-in-a-name-the-role-of-ga...

Li, Xin 2018. ‘Is "Yin-Yang Balancing" Superior to Ambidexterity as an Approach to Paradox Management?’ Asia Pacific Journal of Management, 19.4.

Brødsgaard, Kjeld Erik and Rutten, Koen 2017. From Accelerated Accumulation to the Socialist Market Economy in China: Economic Discourse and Development From 1953 to the Present. Leiden/Boston: Brill

Li, Xin, 2016. ‘Letter to the Editor: The Danger of Chinese Exceptionalism’, Management and Organization Review, (12) 4: xxx-xxx

Li, Xin, and L. Ma 2015. ‘Management practices across countries: Converging in some aspects but diverging in others’, Management and Organization Review, (11) 4: 795-805

Xie, Peihong, Xin Li, and X. Xie 2014. ‘The Integration of Corporate Non-Market and Market Strategies: Why, What and How’, Nankai Business Review International, (5) 1: 115-132
This article is winner of the Journal’s one of three Highly commended Papers, an Emerald Award for Excellence 2015

Haakonsson, S.J., Jensen, P.Ø. and Mudambi, S. (2012) ‘A Co-Evolutionary Perspective on the Drivers and Dynamics of the International Sourcing of Pharmaceutical R&D’ Journal of Economic Geography, doi: 10.1093/jeg/lbs018

Worm, Verner 2011. International Negotiation in China and India – A Comparison of the emerging Business Giants.  With R. Kumar. Palgrave MacMillan

Worm, Verner 2011. Communication and Collaboration in Subsidiaries in China : Chinese and Expatriate Accounts. (2011) With A. M. Søderberg. European Journal of Cross-Cultural Competence and Management, Vol. 2 (1): 54-76.

Andersson, Magnus, Anders Engvall and Ari Kokko 2010. ‘In the Shadow of China: Integration and Internationalization in Lao PDR’. In L. Yueh (Ed.) The Future of Asian Trade and Growth: Economic Development with the Emergence of China. London: Routledge, 271-294.

2005
Aggarwal Aradhna 2005 ‘The use of Anti-dumping by China, Brazil, India and South Africa’, Report, National Board of Trade, Sweden  case study of India

Worm, Verner 2005. Moderating Effects of Culture in Transfer of Knowledge: A Case of Danish Multinationals and their Subsidiaries in P. R .China and India. With Xu, X.J. & Sinha, J.B. Working Paper.