Prof. Henry Hansmann was awarded the honorary doctorate degree from Center for Corporate Governance and CBS on Friday, March 21. The conferment comprised a lecture, given to an open audience, and a conferment ceremony which took place as part of the CBS Annual Celebration Friday evening.

Prof. Henry Hansmann had a busy schedule while in Copenhagen last week to receive the honorary doctorate degree.

On Thursday, March 20, Hansmann participated in the Industrial Foundations seminar at Center for Corporate Governance from 13:00-17:00.

On Friday, March 21, 11:00-12:00 Hansmann gave his conferment lecture at Solbjerg Plads entitled "What can we learn from the Danish Industrial Foundations". The lecture was followed by a reception in Rotunden at Solbjerg Plads, celebrating the honorary doctors.

Henry Hansmann, who used to live in Aarhus during the Vietnam War and now visits CBS regularly, was very happy to be in Denmark again and expressed his gratitude for the award. 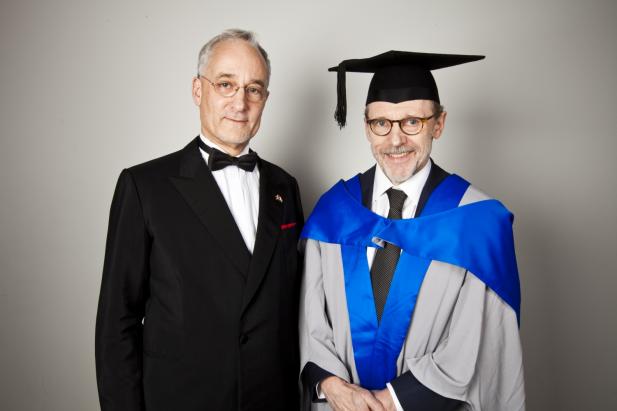 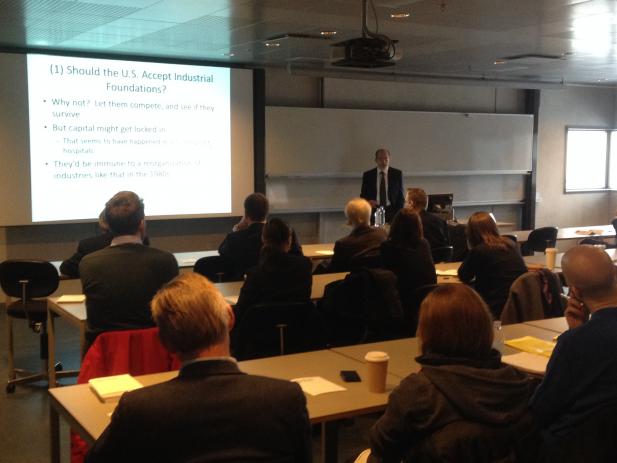 See also the announcement of Prof. Henry Hansmann as the honorary doctorate recipient