Read CBS Research News that is dedicated to bringing you the latest CBS research findings.

Nordic supermodel product of willingness to reform and fiscal responsibility

While many of the southern European countries are teetering on the brink of bankruptcy, the Nordic countries are managing so well that they are seen as economic role models. In a new interview Professor of Economics Svend Erik Hougaard Jensen indicates that willingness to reform, accumulating savings in boom years and being open to new technology are some of the principal reasons for this. 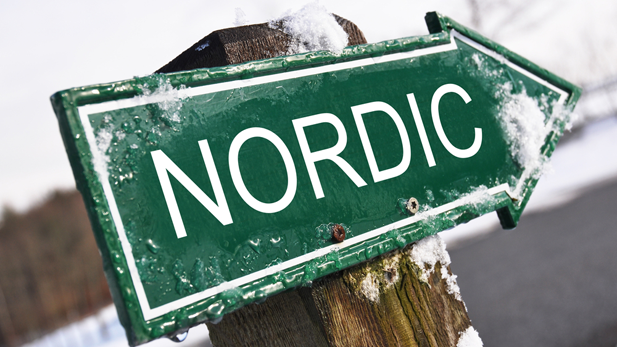 "In the Nordic economies it’s understood that money should be put aside when times are good. Likewise there’s the expectation that the money should be spent when there is a crisis. This is more or less what makes Denmark and other Nordic countries economic role models."

Svend Erik Hougaard Jensen, a professor of economics at CBS’ Department of Economics, has just greeted me in the corridor of the former premises of the Royal Danish Porcelain Factory. A cup of coffee in hand, we sit down in his office, which overlooks Søndre Fasanvej in Copenhagen and the noise of busy traffic driving past on the slush-covered road.

We have met to talk about his new book Reform Capacity and Macroeconomic Performance in the Nordic Countries, edited jointly with Torben M. Andersen and Michael Bergman and just released by the reputable publisher Oxford University Press.

The book contains various analyses examining the characteristics of the economies of the Nordic countries. It considers why these countries have traditionally weathered financial crises better than others. One important aim of the book is to inspire other countries to help them cope better with financial and other shocks in the future.

Resilience to economic crises
This is a highly topical issue at the moment, especially because we are witnessing countries within the eurozone, such as Greece, Spain, Italy and Portugal, battling with major public deficits and the tangible threat of public bankruptcy.

It is with this in mind that the book's thirteen chapters turn the Nordic countries inside out to find an explanation for how these economies differ from the other economies in the Eurozone.

Q: You could say that the premise of your new book is somewhat unusual. Viewing the Nordic countries as economic role models is a rather different message from what we’re hearing in economic debate over here, where the survival of the welfare state is an almost daily topic. How do the two fit together?
A: "By international comparison you could say that the Nordic countries – specifically Denmark, Sweden and Finland, since Iceland was one of the first to buckle under the financial crisis and Norway does not have the same challenges on account of its oil revenue – have succeeded in getting through not just the present but also previous financial crises relatively unscathed. If we compare ourselves to other countries, especially southern European countries, the Nordic model demonstrates we are equipped with mechanisms to fend off the worst effects of financial crises.

Of course this does not mean that there’s no need for improvement in certain areas in our own country, and it’s this sentiment that’s echoed in daily debate. For example, we could make improvements in education to ensure that we have a good, qualified workforce in the future. However if we look around and compare ourselves to other economies, we’re managing quite well. This is also underpinned by regular international economic rankings, where the Nordic countries repeatedly feature among the top scorers. We attribute this success to the Nordic model, which we examine in the book."

Hard work rather than easy solutions
The idea for the book grew out of a conference in 2013. Together with the two other editors, Svend Erik Hougaard Jensen wanted to draw attention to the fact that Europe did not just consist of stories of crises from the southern European countries. A number of countries in the north had proved to be resilient time after time in the face of financial troubles but their story had never really been told. The conference wanted to change that.

Q: What makes the Nordic model so special – what is it about the Nordic economies that induces a top magazine such as The Economist to release an issue in 2013 with a cover featuring a Viking and the title 'The next supermodel'?
A: "The Nordic countries are relatively small, open economies and are highly sensitive to occurrences in the rest of the world. If something happens that has a serious impact on the economy, such as the 2008 financial crisis, these countries typically do not just stand by and watch. They act. Whatever the political hue of the government, it rolls up its sleeves and makes the necessary decisions without, however, giving way to populism. It’s this willingness to implement reforms and sense of responsibility that are important when we talk about the Nordic model.

We witnessed it when Sweden suffered a financial crisis in the late 1980s and early 1990s. The Swedish government did not remain inert or reach for short-term solutions. It implemented reforms and decisions that were painful but effective. The feeling in the Nordic countries is that it makes no sense to accept easy, short-term solutions and that an imminent crisis requires hard work."

Q: How are this willingness to implement reforms and sense of responsibility expressed?
A: "Up to the financial crisis, as we know, the economy was flourishing and we watched the southern European countries increase their budget deficits without accumulating savings. When the crisis loomed the public finances of the southern European countries came under great pressure. Moreover, precisely because of their fragility, the financial markets turned their backs on them.

The Nordic countries did more or less the opposite. In the boom years they made sure that revenue was put aside, which acted as a brake on the economy and prevented it from overheating. At the same time the savings provided a financial bedrock for harder times. Thus when the crisis hit, these countries had a financial buffer and could use some of their savings to cushion the impact of the crisis. These savings also allowed Denmark and the other Nordic countries to operate with large budget deficits without being punished by the financial markets – precisely because there was plenty to feed on, the financial markets were confident that things were under control.

That said, many economists, including myself, have pointed out that Denmark should have pursued an even tighter fiscal policy in the early 2000s, which would have placed the country in a better position at the onset of the crisis. However this does not change the fact that by international standards we acted wisely."

Trust is a must but hard to imitate
The willingness to implement reforms and demonstrate fiscal responsibility are therefore two key  messages from the Nordic countries to other countries. Nevertheless Svend Erik Hougaard Jensen is sceptical about whether the southern European countries, for example would be able to copy the Nordic model.

The primary reason is historical factors. The Nordic model has been passed down through many generations – it is part of the Nordic countries' cultural and economic DNA, so to speak – and it is a type of social economy that cannot simply be imitated. Furthermore there is the issue of trust. If there is one thing which Svend Erik Hougaard Jensen underscores during the interview, it is the role of trust in the Nordic model.

Q: Trust seems to be a fundamental element of the Nordic model? In what way?
A: "Trust is an important component of the Nordic model. In the population there is deep-rooted confidence that solutions will be found that reconcile the need for reforms with an overall, broad-based orientation that ensures that no groups in society are lost in the process. Generally the Nordic countries greatly focus on equal and fair distribution of income and wealth, which sets them apart from the southern European countries, for example.

Labour market reforms are an example of the importance of trust. In Denmark a uniquely high percentage of the population receives an occupational pension. This percentage could never be achieved in a country where there was no trust in the system. In other words, people are confident that pensions will not be depleted by taxes and that the state retirement pension system will continue so those without savings will still have some form of security.

Trust is the mainstay of the Nordic model and building it is worthwhile; however, it takes time. Trust in the justice system, trust among people and trust in institutions and politics are not something that can be developed overnight. Thus this issue of trust is one of the primary reasons why the Nordic model cannot simply be imitated. The message of seven years of abundance and seven years of famine, which is about putting something aside when times are good, on the other hand, is definitely a useful lesson. Nonetheless far-reaching reforms such as labour market reforms require cooperation between employers, employees and the government and for this we need to take hold of more profound structural parameters such as trust."

Copying technology is not sufficient
At the end of the interview we return to a subject we touched on at the beginning, namely the challenges the Danish economy faces. For although Denmark copes well by international standards and our economy is built along the lines of what others call an economic supermodel, we must not rest on our laurels for too long.

Q: Don’t the Nordic economies face any challenges at all – in particular Denmark?
A: "There are two specific areas where we must be vigilant. The first is education. We’re all too familiar with the PISA studies, which found that we’re nowhere near the same league as, say, Finland. We need to improve in this area.

The other area is technology. Nordic countries are known for being willing and able to implement new technology but recent research suggests that copying technology will not be sufficient in the future. We need to become innovative and take the lead.

The question is what we should focus on. We’re a small economy so we’re talking about niches, such as renewable energy or welfare. However it is not certain that these are enduring sectors. So although we belong to a handful of countries that are considered economic supermodels, this does not mean we can lean back and take the future for granted. More hard work is needed – which is just what the Nordic model dictates."