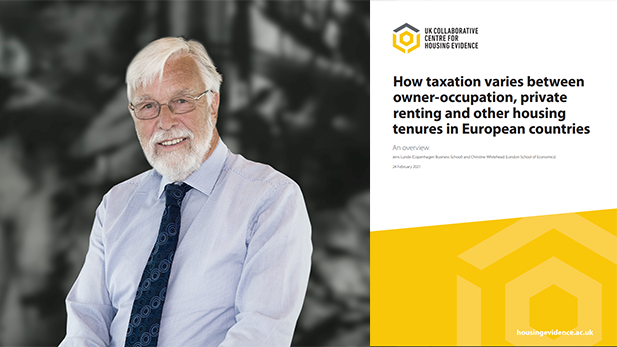 In the new book 'How taxation varies between owner-occupation, private renting and other housing tenures in European countries' Associate Professor Emeritus Jens Lunde (Department of Finance, CBS) and Professor Emeritus Christine Whitehead (London School of Economics) explore the housing taxation systems from a comparative perspective, examining some twenty European countries together with Australia and the USA as comparable developed economies.

Housing and land is once again rising near to the top of the taxation agenda in many countries as governments look for ways of raising additional revenue in a post COVID-19 world. Not surprisingly most of the discussion is around what might be politically acceptable rather than what would be best for the housing system. Yet in many countries, the housing tax system distorts decisions both with respect to tenure choice and the level of investment in housing, with significant negative impacts on productivity as well as on wealth and its distribution.  In this context economists see housing as an asset and therefore would like to see it taxed as other investment goods. But from governments’ point of view the main issues are, on the one hand, that it could be a significant source of additional revenue and, on the other, that voters are very sensitive to change. And from the owners’ perspective any increase in housing taxation will reduce property values and therefore leave them with capital losses.