The Center for Financial Frictions (FRIC) is looking for new research assistants who are interested in supporting us in our research via data collection and cleaning, calculations, model implementation and information retrieval – application deadline is June 30, 2020

In light of the recent developments with the COVID-19, the Department of Finance will postpone all our seminars and events that were scheduled for the period until April 13, 2020.

The Department of Finance invites applications for PhD scholarships in finance with application deadline April 15, 2020. Please note that the information meeting that was scheduled to take place on March 17, 2020, is postponed until further notice.

FRIC Center Director David Lando participated in the event in Rome, as he is on the 4nations scientific committee. 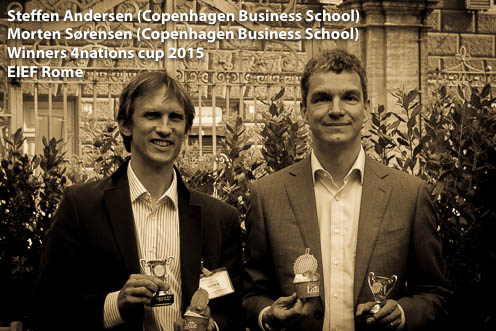