The Paradox of Vulnerability: States, Nationalism, and the Financial Crisis 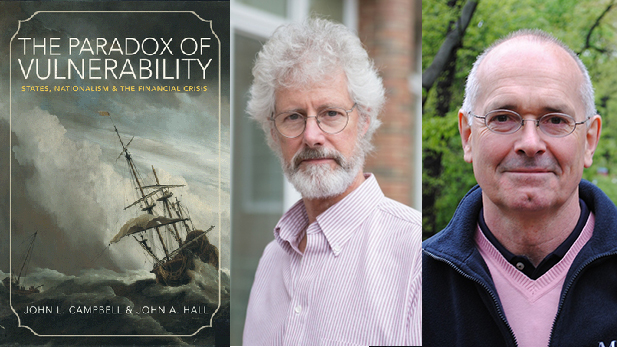 The paradox of vulnerability: States, nationalism and the Financial crisis

Why are small and culturally homogeneous nation-states in the advanced capitalist world so prosperous? Examining how Denmark, Ireland, and Switzerland managed the 2008 financial crisis, The Paradox of Vulnerability shows that this is not an accident. John Campbell and John Hall argue that a prolonged sense of vulnerability within both the state and the nation encourages the development of institutions that enable decision makers to act together quickly in order to survive, especially during a crisis.

Blending insights from studies of comparative political economy and nationalism and drawing on both extensive interviews and secondary data, Campbell and Hall support their claim by focusing on the three states historically and, more important, in their different responses to the 2008 crisis. The authors also devote attention to the difficulties faced by Greece and Iceland. The implications of their argument are profound. First, they show that there is a positive side to nationalism: social solidarity can enhance national prosperity. Second, because globalization now requires all states to become more adaptable, there are lessons here for other states, large and small. Lastly, the formula for prosperity presented here is under threat: highly homogeneous societies face challenges in dealing with immigration, with some responding in ways that threaten their success.

The Paradox of Vulnerability demonstrates how the size and culture of a nation contribute in significant ways to its ability to handle political and economic pressures and challenges.