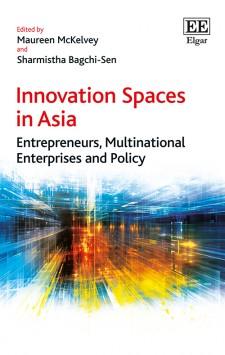 This chapter analyses the development of innovation space within China – in an inherently global industry of wind turbines – by developing a view of the relationships between entrepreneur and national innovation system, as the company expands internationally to become an emerging-market multinational enterprise. During the past two decades, China has earned a reputation of being the ‘manufacturing power house’ of the world. Vast numbers of Chinese companies have been very successful in exploiting their access to low-cost labour in order to establish themselves as unbeatable champions of high-volume, low-cost manufacturing. More recently, however, Chinese companies are increasingly seeking to create a foundation for growth and industrial development based on innovation. This new direction requires them to tap into more advanced technologies and knowledge and to upgrade their innovation capabilities. To do so, some Chinese companies have distributed their operations by relocating innovation activities to more innovation-intensive locations, that is the countries in the traditional industrial ‘triad’, North America, Europe and Japan (Liu et al., 2005; van Wyk, 2009). Other Chinese companies have a different strategy, and they seek to move away from the routine low-tech tasks to more innovation-intensive activities while remaining in China and relying on the domestic knowledge base (Lazonick, 2004; Tzeng et al., 2011).