Thursday November 10th 2016, 16.30, SP201
The IBP Annual Lecture, which is open to all, marks the programme’s engagement with current political, economic and business issues. It seeks to contribute to discussion of these within CBS and across the broader community in the Øresund region. 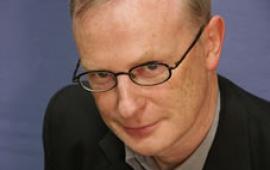 Professor King’s lecture (which will take place just two days after the US presidential election) is drawn from Fed Power: How Finance Wins, (co-written with Lawrence Jacobs and published by Oxford University Press, 2016). The book contests the notion that the US Federal Reserve is an impartial referee. It argues that the Fed is instead an engine for producing concealed advantages for a privileged few. This has consequences for both the US and the global economy. These arguments and claims are important for all those interested in politics, political economy and the study of business.
Discussants: Eleni Tsingou and Martin Bæk Carstensen (Department of Business and Politics, Copenhagen Business School).
Desmond King is the author of 10 books including Making Americans (2002), Separate and Unequal: African Americans and the US Federal Government (2007), Still a House Divided with Rogers Smith (2011) and most recently, Fed Power: How Finance Wins with Larry Jacobs (2016); his research papers have appeared in such journals as the American Political Science Review, British Journal of Political Science, Comparative Political Studies, Journal of Politics, Past and Present, and World Politics. He was elected a Fellow of the British Academy (FBA) in 2003, a Member of the Royal Irish Academy (MRIA) in 2014, a Fellow of the Royal Historical Society (FRHistS) in 2015 and a Member of the Academia Europaea / Academy of Europe (MAE) in 2016.
The page was last edited by: Department of Business and Politics // 10/08/2019