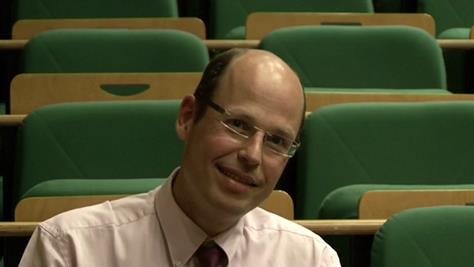 Goffman’s theory of frames and situated meaning-making in performance reviews: The case of a category management approach in the French retail sector

Following in the footsteps of scholars’ view of accounting as a social practice and process, this research explores the role of accounting in the on-going effort of managers to practically understand and influence organizational change in the run of review meetings. To study the role of accounting in meaning-making processes - i.e. collective social processes of ascribing meanings to experienced social situations - we elaborate a processual and semiotic/mediating view on Goffman’s theory of frames. Central to the paper’s argument is the concept of framing, defined as an on-going social process of context production in an unfolding situation (Vollmer, 2013; Sheff, 2005). In this perspective, accounting numbers are viewed as signs mediating situated interpretations. This theoretical framework is applied to complex situations of negotiation between a retailer and sixteen suppliers under a category management approach. The crucial finding of this research is to empirically illustrate evidence of plurality of competing frames and of frame-shifting episodes, the process by which a frame is suddenly replaced by another frame, with a deeply different way of narrating the situation, a different plot, triggered by a specific event or signal, and having potentially significant effects on practices, decisions or behaviors. The case study also exemplifies the dual nature of accounting numbers in situated meaning-making. Accounting numbers can both be viewed as generic models and situated events highlighting their ability to mediate the singular situation with socially built and abstract generic classes of meaning. These two dimensions of accounting numbers are rolled together in the very action of their situated engagement emphasizing the mediating role of frames and the plasticity, malleability and vulnerability of framing processes.

Damien Mourey has been Associate Professor at Sorbonne Graduate Business School and is Vice-Scientific Director of the Chair Management and Governance of Financial Cooperative. His main research areas go along four different paths. First, he studies the situated usages of numbers and managerial tools in organizing processes, i.e. in making them mean in the course of indeterminate and uncertain managerial situations. Second, he studies the “backstage of protest” of CSOs and, more specifically, the role of spaces (on-line and physical) and the dynamic regulation process in the recursive relationship between mobilizing and organizing. Third, he is an active member of a French nationally-funded research project names “Art and Management” and focuses on the organizing process of resistance triggered by women workers in their plant to avoid its closure through the staging of artistic happenings. Eventually, he focuses on the new forms of legitimacy and accountability spreading across the CSOs constellation and, more particularly, on how financial cooperatives and CSOs embark on the measurement and of their “social value and impact”.  From a theoretical point of view, he draws on a process-view on organizing and seeks to diffuse pragmatist ideas into the field of organization studies.