Read CBS Research News that is dedicated to bringing you the latest CBS research findings.

How can an undertaking as risky as rowing out in a dragon boat on a cold, windy day in February appear to make such perfectly good sense to an organisation that no-one intervenes? CBS-researcher Morten Thanning Vendelø analyses the Præstø Fjord accident from the point of view of Karl Weick's theory of sensemaking in organisations. 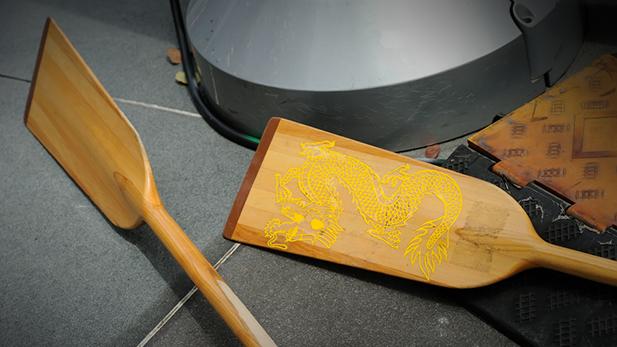 On 11 February 2011, 13 students and two teachers from Lundby Efterskole boarding school rowed out on to Præstø Fjord in a dragon boat. Disaster struck 1.7 km out into the fjord. The boat capsized, spilling the students and teachers into the two-degree Celsius water. The accident had serious consequences, causing one teacher's death and leaving a number of students with severe, lifelong impairments.

How could it have gone so terribly wrong? What enables a relatively innocent activity at a school to develop into a catastrophe without anyone intervening to stop it?

Researcher Morten Thanning Vendelø examines these questions in the chapter "Disasters in the sensemaking perspective: The Præstø Fjord accident".

Safety suppressed by interpretive framework
Thanning Vendelø studies sensemaking in organisations and believes that the sensemaking taking place in the organisation which constituted Lundby Efterskole is the key to explaining why the disaster was able to unfold without either the other teachers or management intervening and stopping the excursion.

His explanation is that the interpretive framework underlying the process of sensemaking was so powerful that even going out in a dragon boat on a cold and blustery February day came to appear safe and no-one objected.

Another factor discouraging students from refusing to take part in boat excursions was a fear of being penalised and sent on a cross-country run or similar. These penalties were normal practice if the students did not comply with the norms, and even minor misdemeanours were penalised with for instance cross-country runs of up to 8 km.

"Even though some students did actually protest against the planned boat excursion, their grievances were ignored by the teachers because they conformed to the teachers' perception of them as teenagers who needed an extra push to challenge themselves," adds Thanning Vendelø.

Sensemaking
In order to analyse the accident Thanning Vendelø studied news media blogs from the trial that followed the accident. He examined the material based on Karl Weick’s theory of sensemaking in organisations.

Sensemaking denotes the process in organisations whereby sense is continually constructed on the basis of a prevailing interpretive framework and a selection of the available information.

… and collapse of sensemaking
An organisation can be exposed, however, to a flood of divergent information it cannot ignore but which also cannot be accommodated by the interpretive framework.

This is what happens in the case of accidents and disasters such as the Præstø Fjord accident, where at a certain point there is a "collapse of sensemaking", as Thanning Vendelø describes it.

"Sense ceases to exist because the information available in certain situations is so far removed from the framework that the framework breaks down. The events or actions are so remote from what we can envisage that sensemaking simply collapses," explains Thanning Vendelø.

Thanning Vendelø describes how sensemaking collapses in the Præstø Fjord accident through the outdoor teacher, who lost his life in the accident.

Up to the point where the boat capsizes he is described as someone who is fully in control of the situation and as the person to whom the others entrust their safety. So even though there are heavy gusts of wind on the fjord and the waves are crashing against the sides of the boat, the situation makes sense to him and the others in the boat.

All that changes, however, when the boat capsizes. During the trial several of the students and the accompanying teacher described how the outdoor teacher seemed frightened and confused. This is an indication of the disintegration of sense, his perception of the situation and himself being in control no longer making any kind of sense.

"In this way the reaction of the outdoor teacher best illustrates the collapse of sensemaking during the accident on Præstø Fjord," says Thanning Vendelø before emphasising that sensemaking processes constantly take place in every organisation.

“Analysing sensemaking from the point of view of a disaster is interesting in that it reveals which sensemaking processes take place and how an organisation's perception of its activities can shift – as in the Præstø Fjord accident.”