Five percent more bachelor students will be accepted at CBS this year, but nevertheless it has become more difficult to be admitted to your dream education in Frederiksberg, as seen by the grade point averages. 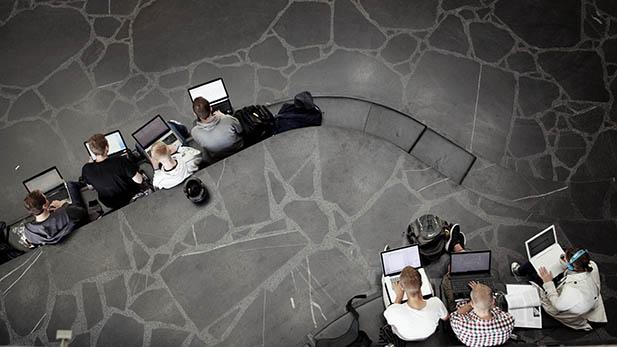 According to this year’s grade point averages, CBS offers an attractive bachelor education. Two courses are in the top three of the most difficult to get accepted to, and CBS is the only university to have numerus clausus on all of its courses.

- This year we have increased the number of accepted students by five percent, to 2776 new bachelor students, nevertheless the grade point average has risen for several courses. International Business and International Business and Politics are in the top three of the most difficult courses to be accepted to in Denmark, says Head of Programme Administration, Rie Snekkerup, and she adds:

- It’s a sign that we have succeeded in adjusting our programmes to young peoples’ ambitions. I believe that young people have got their eye on the better job opportunities that an education from CBS offers. In 2012, the frequency of employment was an average of 87 percent with an education from us, compared to an average of 84 percent for the other universities, she says.

Another high-flyer this year is Business Administration and Sociology, which has a grade point average of 10.1, suggesting that the humanities have had a serious breakthrough at CBS. This programme jumps in to fourth place of the highest grade point averages at CBS.

Net capital finances more students
CBS would like to accept even more students and is investing heavily at the moment in more academic personnel and in more space in order to be able to increase the number of student places. CBS’s capacity is under pressure with 20,000 students and an intake this year that has increased by five percent, financed by its own capital.