Everything you need to know about methodology

Need reliable sources for your methodology? In that case SAGE Research Methods is a good place to start. Whether you are brand new to methodology and need help selecting and understanding the paths available to you, or a seasoned methods wizard who wants to explore the theory behind and find case-based inspiration, Sage Research Methods is just the place to go.

Check out CBS Library staff recommendations for a good summer read and find out what they plan to read during their summer vacation. 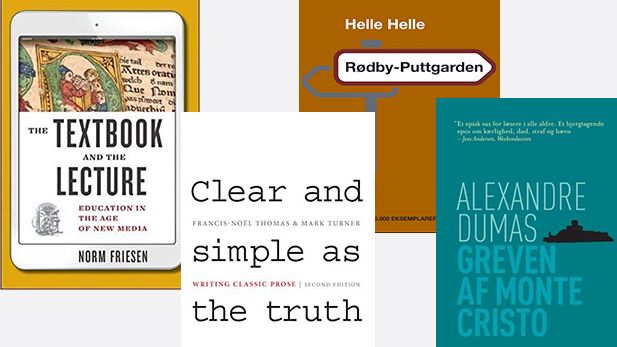 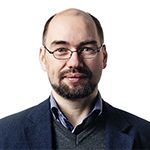 In a time of constant renewal, it may be outright innovative to return to some ”old school” values. In this vein, I want to recommend two books that emphasize features of academic culture that may be in greater need of conservation than evolution.

In Clear and Simple as the Truth, Francis-Noël Thomas and Mark Turner describe the “classic style”. It is a style of writing in which one addresses an intellectual equal with the aim of presenting the truth in an informal manner. This has long been considered good form at university, but it sometimes seems as though we construe our task somewhat differently. Thomas and Turner try to persuade us of the value of writing clear and simple prose, and show us how it can be done.

Norm Friesen’s The Textbook and the Lecture is even more old-school. It provides a defense of lectures and textbooks as pillars of higher education pedagogy. As more and more university faculty are learning to make use of “blended learning” and “flipped classroom”, perhaps Friesen’s historical survey of what traditional teaching resources and methods were meant to accomplish can shed some useful light, or at least occasion a little nostalgia. He takes us all the way back to 2500 BCE, to give us insights into how educational systems have supported what the French historian Fenand Braudel called the longue durée.

Friesen, N. (2017). The Textbook & the Lecture: Education in the age of new media (Tech.edu : a Hopkins series on education and technology). Baltimore: Johns Hopkins University Press. 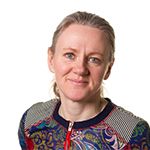 During vacations, I enjoy long and action-packed novels and often revisit books that I have read before. It feels like bringing along an old friend.

Alexandre Dumas´ Monte Cristo is a case in point. Whether you prefer the French original or one of the countless translations, make sure to get hold of an unabridged edition, and just enjoy the vivid descriptions and not least the piercing dialogue.

If you are not a big fan of thick books and instead opt for something brief and to the point, or if your leanings are toward realism rather than the fantastic, I highly recommend the Danish novelist Helle Helle.
A good place to start is Rødby-Puttgarden, her breakthrough novel that rigorously and very precisely captures the intensity of everyday life.

Even though Helle Helle is a Danish author, her works have been translated into a raft of languages. Rødby-Puttgarden, however, remains untranslated. Instead check out these equally recommendable titles:
The Idea of an Uncomplicated Life with a Man (2002)
This Should be Written in the Present Tense (2011)