Data is developing into a resource on a par with gold, oil and money. This resource can be the difference between success or failure, between being independent or a subcontractor. Right now, according to research from CBS based on the digitisation of media houses, companies are naively in the process of giving away data and control to Google and Facebook. 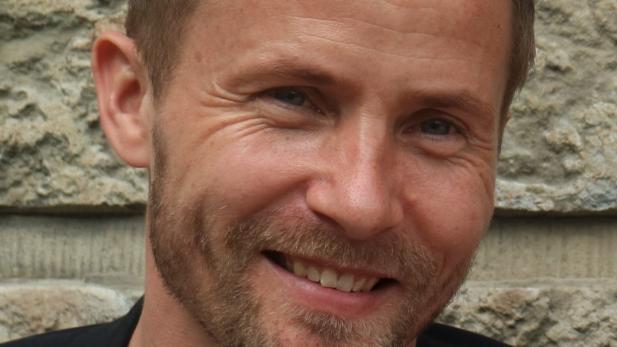 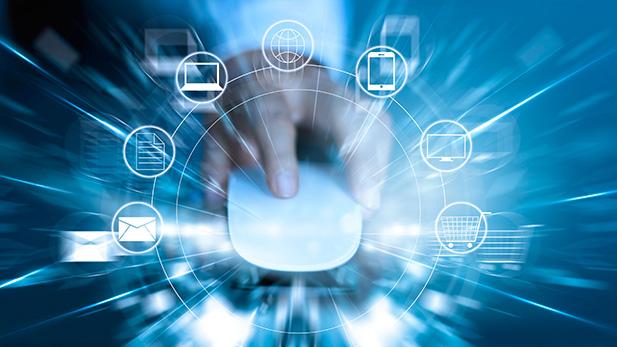 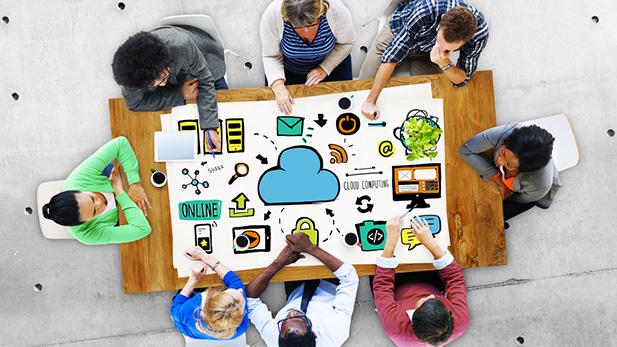 By Mikael Koldby, translated from Danish by Nancy Aaen

Data is the resource of the future that can make businesses and entrepreneurs tremendously rich. Customer data from online stores or from users of news media will soon become an extremely fundamental aspect in the lives of almost all companies. Companies nonetheless hand away knowledge and new business opportunities in a broad-based global network led by Google and Facebook. Mikkel Flyverbom, a professor with special responsibilities at CBS has spent the last 10-12 years studying digital changes in politics and economics. One of his latest projects, carried out in collaboration with a former PhD student at CBS, Kasper Lindskow, involved analysing the data streams of the news production of media houses undergoing the transformation from paper editions to digital news.

“Digitisation has made it easier to consume news. You can sit quietly with your iPad, you can easily share exciting news with friends. Digitisation has many obvious benefits but there is another change in progress – datafication. There is loads of activity taking place behind the screen, where data streams are simultaneously being exchanged with hundreds of other companies,” explains Flyverbom about a typical news page for an online media.

The analysis shows that when the media use free plugins and tools to edit, publish, manage ad sales and measure traffic on, e.g. a website, they are allowing dozens of guests access who have a secret mission: to find ways to earn money off the media. Are they uninvited? Not entirely, but if the host realised what the extra guests’ intentions were, they would probably be less welcoming.

Critical business data is extracted
Google is especially active. According to Flyverbom the company has managed to get the majority of the many guests inside for a serve-yourself meal of data. Google spearheads the way in developing tools to optimise and measure the use of, for example, news emails, blogs and news media, giving the tools away for free. In return the tools extract all possible sorts of data for their own use or for resale, and, as Flyverbom describes it, “the problem arises when the people who extract the data are better at using them.” He also points out another issue, stating that Facebook, Google and other internet companies are “taking over the entire news agency infrastructure”.

“The traditional way of thinking for a media is to hire a journalist, get the person to write a story, get the story in a newspaper, get the newspaper on the stands and sell the paper to the reader. This entire value chain is broken and subscription numbers are falling in line with digitisation. Today, advertising money goes to a greater extent to Facebook instead of the newspaper itself. Controlling where the money is earned is disappearing,” he says, continuing:

“There is very little opportunity to negotiate about the share the media gets, for instance, from advertising revenue. It’s take it or leave it. Many media companies accept the share they are offered, but unfortunately they often do so without sufficient consideration. Media houses simultaneously let gold slip through their fingers, namely their data, their insight into their customers, i.e. what they read, how much time they spend on a news item, etc. In the case of Danish media houses they share user and consumer data, in other words new business opportunities with, in principle, unknown actors.”

Self-destructive companies
The key to stopping the self-destructive tendency of the media industry to give away knowledge about new business opportunities is the companies’ self-perception. According to Flyverbom it is necessary for businesses to see themselves as a source of data and not just as a news producer.

“Google and Facebook say that they just want to help journalists and media houses, but if you look at how the statistics have developed, entire industries are nearly about to disappear. You also see a tendency for journalists to orient themselves toward clicks and sharing, that is, the algorithms for exposure and advertising sales that Google and Facebook are constantly developing new types of. This challenges the classical journalism news criteria, which is why the trend also concerns the fact that news products are changing,” he says.

Role models for media houses
According to Flyverbom one media group actively working to maintain control of the resource of the future, i.e. their data, is the Scandinavian company Schibsted. They have built their own ecosystem with a handful of various news media, an advertising market and a search engine.

“Schibsted is up to something exciting; they are trying to control data streams instead of just heedlessly using Google and Facebook’s free tools. Sometimes it’s a question of putting a standard plugin on your website that suddenly shares all your data with Facebook, but why not use other plugins or develop your own? You’re still using Facebook’s platform, but with forethought,” emphasises Flyverbom.

Unrestricted giants
He also sees that politicians in the EU and national parliaments have a major responsibility. Alliances across media and collective agreements are needed with companies like Google and Facebook. Media agreements in Denmark and legislation on, e.g. competition are not progressive enough. As an example Flyverbom mentions the attempt to merge the newspapers Politiken and Børsen, which was put to a halt in early 2017 by the Danish Competition and Consumer Authority. At the same time international giants are growing larger and larger under a “colossal setup that resembles a monopoly”, without the same strict competition legislation that, e.g. media houses in Denmark are subject to.

“Google and Facebook are not subject to the same harsh legislation as Danish and European media because internet companies were not envisaged in the rules. If you look a bit more broadly, you see a change in attitude along the way, where these companies are not just being accepted as good. There is an increasing amount of pressure to normalise them, for instance, by dragging them into court and making them pay taxes. They will presumably be tamed in the long run, but it’s a long hard row to hoe,” explains Flyverbom.

What are the worst conceivable consequences of inviting Google and Facebook to share in the treasure trove of data?
“If you look at Danish media production as an iceberg, the top is still visible but everything under the surface is disappearing. Advertising and subscriptions, everything is vanishing. At worst we will no longer have independent Danish media houses and producers. The media industry as we know it will cease to exist and become even more superficial,” asserts Flyverbom.