How do you succeed in designing and implementing a new technology? That is the million-dollar question - or perhaps the trillion-dollar question. With special access to data, Associate Professor at CBS Cristiana Parisi was able to study a revolutionary technology made by the Bank of England. A technology which can be compared to how internet changed journalism. Her research may facilitate better business innovation in Denmark.

“I have been met with a lot of raised eyebrows: You are Italian, you work for a Danish university and you do research on unique data from the banking world of UK?”

These are the words of Associate Professor at Copenhagen Business School Cristiana Parisi, who specializes in management accounting. In the past two years, she has studied a success story about an innovative technology that was born and raised at the Bank of England (the central bank of the UK).

And yes, it is quite unique that a Danish university – rather than a UK university – is allowed insight into the banking world of one of the leading financial markets in the world.

“Studying the project of the Bank of England was a unique opportunity. It is quite rare that the industry is willing to share so honestly and provide so much material. Due to persons involved and their fear for their image and reputation, data had not been released for research until now”, Parisi says.

A revolutionising innovation
What is the recipe for success when designing and implementing a new technology? This is what Parisi decided to investigate in one of the most prestigious projects of the Bank of England: the technology that made share trading paperless in 1996 and in 2014 processed approximately 190 million transactions at a value of EUR 674.7 trillion.

Before it took shareholders 15 days to perfect a security agreement, but the new system had the technical capability to make the transaction last only three days. The system is called CREST, and has been owned and operated by Euroclear since 2002. According to Parisi CREST’s influence on the financial market can be compared to other revolutionising interventions such as when the internet changed journalism by going paperless. Or the invention of debit/credit cards that allowed consumers to buy without using banknotes.

With access to archives of the Bank of England and actors from the CREST team, Parisi and her research team have made research on CREST and identified the elements that create the recipe of success.

“Our main contribution is reconstructing a piece of history that would otherwise disappear and the learning outcomes linked to the implementation of a technology. This is relevant for all Danish companies who wish to implement new technology”, Cristiana Parisi says about her research which has been presented at leading academic conferences and is under review in leading academic journals.

Her research is based on interviews with 23 relevant actors from the financial district of London, for example leading members of the CREST team, politicians and various relevant members of the Bank of England. She also had access to sensitive documents such as reports from the CREST team to the Governor of the Bank of England, annual slides presenting CREST to stakeholders, internal mail exchange between CREST members, internal briefings, etc. 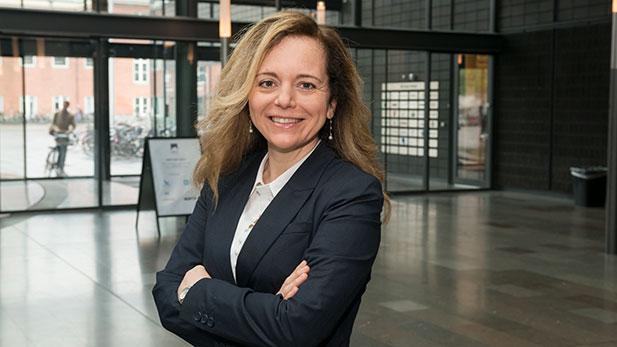 Started with failure
The Bank of England’s initiative, CREST, came in the aftermath of another system that failed. The failing system was called TAURUS and was initiated by the London Stock Exchange (LSE). This project had a lot of industry committees working on it, but a strong central oversight was lacking. The system ended up being banned in 1993, and LSE decided to suspend the work on TAURUS.

“TAURUS was a huge failure. An estimated 400 million pounds were lost”, she says.

When the Bank of England started the CREST team in the same year, 1993, they were told to design and implement new technology on a low budget and in a very limited time. Nobody believed that CREST could be successful. Three months before launch the team was met with criticism: “It will never happen, never happen!”, a broker had said to the leader of the CREST team.

“But they succeeded. And it is quite interesting that LSE ended up adopting the CREST system. CREST put the London Stock Exchange in a leading position,” says Parisi.

Elements of success
“I cannot generalize from the case study, but some generic success factors can be defined,” Parisi says. With the Danish companies in mind, she would like to emphasize four elements:

Firstly, the fact that successfully implementing new technologies relies on more complex ways of acting than one could expect. The process will be anything but linear.

Secondly, the essence of CREST was not to provide something that gave every answer to every possible stakeholder’s request. The essence was to make the design process as simple as possible while keeping CREST case users involved in the design process by making them constructively part of problem solving.

Thirdly, the right team may not necessarily consist of only technical professional. The leader of the CREST team hired young professionals with different backgrounds. E.g. philosophers were hired. The team belonged to the Bank of England but worked independently.

“The team were like a family. Their collaboration was very intense and full of humor. It is easy to perceive it from the interviews and also by reading their newsletter.”

Fourthly, The CREST case shows the relevance of a strong leadership able to incentivize and provide the right colorful work environment. The leader was from the Bank of England.
“He had a strong personality and managed to give enthusiasm. Working until lunch in Christmas Eve was not uncommon for him and the team”, she says and continues:
“His focus on getting the job done and meeting the deadlines created confidence in the industry and certainty that success would be achieved.” 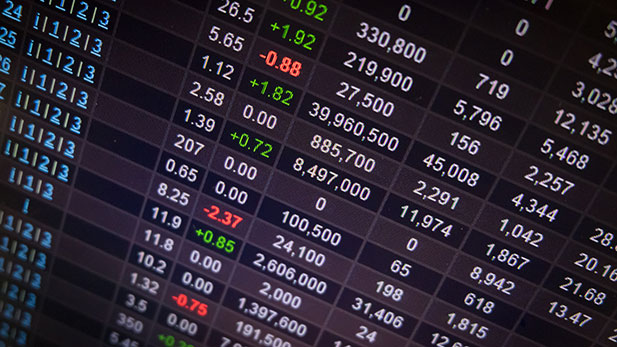 Next step
Parisi’s scientific work on the CREST project has been presented at leading academic conferences and is right now under peer review. The next steps of this project are to follow CREST in its development over the years.

Her research on new technology can be transferred to many different markets.

“New technology can change the way we perceive things. Like the invention of bitcoins is changing our way of understanding banks as deposits”, she says and continues:

“I will apply the knowledge gathered about the successful implementation of technologies on markets and, more generally, the mechanisms behind the value creation on markets to other industry sectors such as the maritime sector in Denmark”, Parisi says.

The scientific work of Parisi which has been presented at a European Accounting Association Annual Congress is entitled ‘From paper-based to electronic securities post-trading: Financial automation and the case of CREST’.

The report for the industry has been published:

A white paper for The SWIFT Institute has also been published: “From paper-based to electronic securities post-trading: Financial automation and the case of CREST”

Recipe of success
In the CREST case, there was a number of elements, which played a roll. Summed up in bullets the recipe of success looks like this:

Facts on the CREST project
•    Based on 23 interviews with main actors: CREST team, leaders, stock brokers, politicians.
•    Based on digging into documents like e-mails, snail mail, press releases, journals, books.
•    The CREST project is a case study within sociologically informed management accounting.
•    The project began in 2015.
•    Funded by the industry.