We live in a world characterised by risk, uncertainty, and the unknown. The recent unforeseen impact from a sudden Covid-19 pandemic illustrates the point. Yet, we typically act as if we only confront identifiable risk events – out of convenience.

“My research will highlight the patterns that enable sexual harassment”

What can be done about a problem rooted in structures and cultures? We can begin by understanding its conditions. So says Bontu Lucie Guschke, who is a PhD student at CBS. Back in November, she won the Fonnesbæk PhD Prize for her research on harassment and discrimination in organisations. 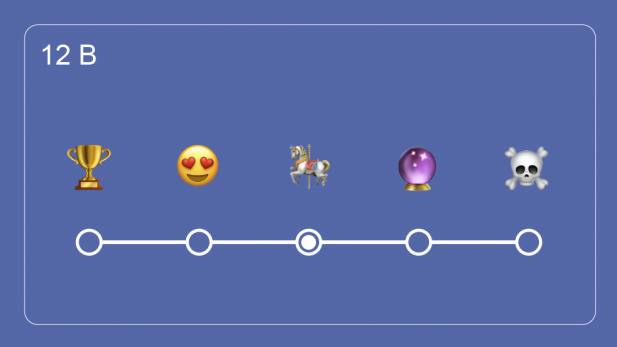 The many demands and expectations growing out of standardized measuring and monitoring systems can put leaders under a lot of pressure and limit their opportunities for development. A research project carried out by CBS and Lund University shows that it is possible to generate progress and development as leaders, not by trying to steer clear of the systems, but by adapting and interacting with them. This, however, necessitates a more contemplative type of leadership based on deliberate contemplation and discussions, which will enable leaders to establish the prerequisites for getting to the bottom of relevant subjects, and thus engage and mobilize employees – and thereby facilitating creativity and innovation from the bottom up within the organization.

The many demands and expectations growing out of standardized measuring and monitoring systems can put leaders under a lot of pressure and limit their opportunities for development. Which is not really concurrent with the idea of leadership as an activity concerned with taking the lead and showing others the way. Monitoring systems can actually be perceived as a prison you have to break out of, in order to conduct true leadership. Is it, however, possible to generate progress and development as a leader, not by trying to steer clear of the systems, but by adapting and interacting with them? This is exactly what Magnus Larsson, Associate Professor at the Department of Organization, CBS, and Assistant Professor Robert Holmberg from Lund University decided to clarify in their study on leaders’ use of employee surveys.

In terms of standardized employee surveys, which were introduced fifteen to twenty years ago, Magnus Larsson, who has studied company systems for a number of years, is puzzled by the use of a general method, which is both inspired by straightforward organizational development thinking, but also in opposition to that way of thinking. One the one hand, there is a widely shared understanding that it is possible to facilitate the development of an organization by way of standardized measuring systems. While on the other hand, all research says that development is first and foremost driven by passionate people. How does this add up?

“Actually, it can add up. But only if you, as a leader, adapt the standardized surveys to ensure that the responses you receive are useful and become the point of departure for mobilizing the employees to generate development,” he says.

Magnus Larsson explains that Survey Feedback, which is a bottom-up measuring strategy, was introduced in the 1950s. Back then, the recipients would typically get a less extensive questionnaire, and subsequently, their answers would be discussed. Employees’ engagement and will to development was thus awakened by way of the discussions the survey initiated. Current employee surveys are different, because they place a lot more emphasis on the measuring itself, which is considered objective. At the same time, they initiate discussions at the top level, and therefore, changes within the organization are implemented top-down.

According to Magnus Larsson, standardized surveys, when used directly, contain potentially big problems. Employees are asked a number of questions and the outcome is expected to be useful, but this is only rarely the case. And, as Larsson explains, one of the outcomes you might get, is leaders taking the responses to heart and subsequently going on sick leave.

“Employee surveys highlight leaders, and among other things, questions are asked pertaining to whether or not you receive feedback from your leader. This builds on the assumption that the leader is indeed the person you should be getting feedback from, but this is not how it typically works. Only rarely is the leader an employee’s most important source of feedback – however, colleagues, customers, clients, patients etc. are,” says Magnus Larsson, who decided to examine how leaders at First Line Manager level use the standardized employee surveys in practice.

It has not previously been articulated, in the way we do here, that rendering automated measuring and monitoring systems useful requires interpretation and reconstruction. And that the time and energy consuming work, which is necessary in connection with this, is both underestimated and under-conceptualized

— Magnus Larsson, Associate Professor at the Department of Organization, CBS

Magnus Larsson explains that even if an organization has a manageable hierarchical structure on paper, in reality, it is very rarely the case. In the real world, you are often faced with extreme complexities, which standardized systems cannot make allowances for. Which is why, generally speaking, you cannot transfer measuring results directly into practice, and there is much interpretation work to be carried out without any guarantee of obtaining a useful output. You simply have to adapt the survey itself in order to render it useful – and in many places, this is what they do, he points out.

“Our research shows that leaders often twist and adapt the standardized systems in order to obtain the results they need to work with in order to drive the desired organizational development. It has not previously been articulated, in the way we do here, that rendering automated measuring and monitoring systems useful requires interpretation and reconstruction. And that the time and energy consuming work, which is necessary in connection with this, is both underestimated and under-conceptualized.”

In several of the organizations Magnus Larsson and his colleague examined in their study, leaders had decided to widen the subsequent discussion on incoming answers related to feedback, in order to focus specifically, on whom the employees actually received feedback from. This became the point of departure for conversations on whom they needed feedback from, and how, within the organization, they could get better at providing employees with the feedback they needed.

“We also discovered that leaders, in order to create clarity and avoid disappointments, chose to incorporate information to the employees about who specifically, they should consider their leader, when they responded to questions pertaining to said leader,” he says.

Magnus Larsson and his fellow researcher differentiate between standardized measuring systems that are constraining – that is, limiting and controlling – and systems that are enabling – that is, faclitating the finding of new and constructive solutions and responses. Larsson establishes that at the outset, standardized employee surveys are constraining, because they often create more problems than they actually solve, and because the results can be imprecise and misleading.

In their study, the researchers describe the three main strategies used by the companies they studied as a point of departure for the transformation of a standardized, constraining system to an enabling system: you can prioritize the elements that make sense and disregard the rest, you can reinterpret the survey, or you can relate the survey to current practices as input to a development project already under way within the organization. The researchers often came across different combinations of the mentioned strategies.

“In several companies, we saw that the leader plucked elements from the employee survey that made sense in relation to the processes that were already being unfolded – and ignored the rest. It was based on the question: what do I, as a leader, and we, as an organization, need right now?” Magnus Larsson says.

As a concrete example, he mentions the use of communication as a tool to make employees feel heard, involved and informed. If this is already a focus area within the company, the leader can pick the questions related specifically to communication and adapt them and possibly also add further questions, which will render the answers useful in discussions on that very topic.

As already mentioned, the three strategies’ common denominator is that each one requires leaders to do quite a bit of work themselves. And indeed, Magnus Larsson is also able to conclude that many leaders do spend an awful lot of time adapting and redesigning employee surveys. But then again, when they do, the results are also useful.

Furthermore, he points out that by practicing enabling leadership, which is a term coined by the American scholar, Mary Uhl-Bien, and her research team, the stereotypical image of the leader as some sort of heroic macho figure, who is extremely vigorous and continually takes the lead as they show their employees the way is challenged. Instead, emphasis is on a more contemplative leadership style, where the leader is able to delve into details and contemplate how to facilitate the necessary prerequisites for employees to engage and mobilize in the direction the organization must take.

But do the responsible leaders typically have the competences, which are pivotal for the adaptation of the systems? Not necessarily, but they develop them along the way, according to Magnus Larsson.

“It is hardly surprising that our research shows that the more employee surveys you have handled as a leader, the better you become at rendering them useful. It is also a common feature in the organizations we have studied that leaders quite often draw on their colleagues’ experiences with conducting surveys and utilizing the results.”

Magnus Larsson readily concludes that as a leader, you can indded obtain very useful outputs from an employee survey – and eliminate potentially negative consequences – but only if you sort through, adapt and target the questions to ensure clear and relevant answers – which can then enable further discussions.

“The numbers generated by the measuring systems are less important. The discussions are by far the most vital – because this is where you can get to the bottom of relevant issues, you learn more, and based on that knowledge, you can facilitate creativity and innovation from the bottom up within the organization,” he states.

You are welcome to contact Associate Professor at CBS, Magnus Larsson for further information: ml.ioa@cbs.dk

The article above is based on the following research article: Larsson, M., & Holmberg, R. (2021). Taming the Survey: Managing the Employee Survey to Create Space for Change Oriented Leadership. Journal of Change Management, 1–20.

You will find the article here