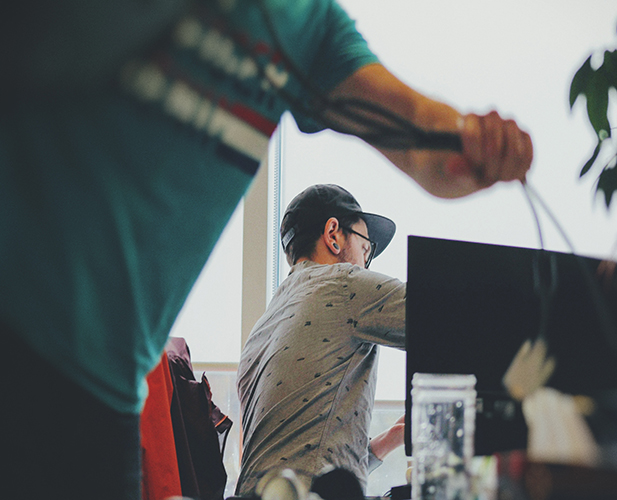 Denmark is one of the most digitalised countries in the world. Digitalisation has many societal advantages, and it comes with a multitude of hopes, promises and expectations. However, amidst the euphoria, CBS researchers point to the fact that digital technologies rarely operate entirely on their own, solving all kinds of tasks and problems by a magic stroke. They often include quite a bit of extra work, which is currently invisible, because it is not treated as part of the individual employee’s core task. The researchers see an increasing need to thoroughly rethink digitalisation strategies and business cases in relation to digitalisation projects, both politically and in management, in order to allow the fact that on the one hand, digital technologies replace certain tasks, while on the other hand, they entail new – and legitimate – tasks.

Denmark is one of the most digitalised countries in the world, and the Danish society is racing toward further digitalisation. This is possible because new technologies are developed at great speed, and because of the political ambition to make citizens’ interactions with the public sector as smooth as possible. However, there is less focus on the fact that digitalisation builds on a demanding and often invisible workload.

According to Ursula Plesner, the digitalisation rhetoric often centres on how smart, cheap and smooth everything will be once this or that is digitalised. Digital technologies are referred to as all but magical, self-acting and able to solve all kinds of tasks by a magic stroke. This, however, is rarely the case in the real world.

“Digital solutions often include extra work, like when employees, for instance, keep new digitalisation projects alive by correcting errors. Or when they take over when systems fail, when they contribute to the further development of systems, or when they have to upgrade their skills in order be able to master the systems and use them to their fullest potential,” she says, and then continues:

“And so, they use relatively much time on tasks, which neither they nor their leaders define as real work, because it is not a part of their core task. The consequences may well be that employees become dissatisfied with their work and feel pressured when they discover that this is not a state of emergency, but that the extra work is a permanent part of their job.”

Ursula Plesner emphasises that IT systems are not static. They require continuous technological updates as well as updates related to new legislation and regulations. At the same time, the current practice with a so-called hypercare period, where typically, extra staff are employed in order to handle problems related to the run-in or implementation of a new IT system, after which the organisation will be left to their own devises, is far from sufficient. However, neither politicians, who set the stage for digitalisation, nor leaders, who are supposed to get things up and running in individual workplaces are necessarily aware of this.

The consequential effects of digitalisation must be included in employees’ job descriptions in order to recognise the work as part of their core task.

– Ursula Plesner, Associate Professor at the Department of Organization, CBS

Furthermore, Ursula Plesner points out that matters are not improved by the fact that typically, business cases concerning a digitalisation project routinely count on the benefits from the beginning, reducing staff already when the project is implemented. This way, businesses reap the gains before they know the true effect. And if the result then turns out to be more work, for example, because the system in question does not work as smoothly as expected, the employees who remain will have to run faster.

According to Ursula Plesner, politicians and leaders alike must realise that while digital technologies can replace human work, they also entail new tasks. And if they do not consider these new tasks absolutely necessary and legitimate, it will place employees in an unnecessarily difficult situation, which may also make it more difficult to reap the many advantages of digitalisation.

“I hope that our research, among other things, can contribute to people thinking about digitalisation strategies and business cases for digitalisation projects in new ways, which also address the challenges we bring to the table. The invisible work should be included in both strategies and business cases. And digitalisation’s consequential effects must be included in employees’ job descriptions in order to recognise the work as part of their core task. It is equally important to clarify, within each individual organisation, how to go about it when a digital solution fails or generates problems that must be handled by employees,” she says.

IN DIALOGUE WITH SOCIETY

Ursula Plesner and Lise Justesen’s research project runs until 2024, and it includes continuous communication and dialogue with society. Most recently, in October 2021, a symposium about the digitalisation of the public sector was held at Kunsten in Aalborg, in connection with an exhibition about future work life. They presented some provisional conclusions, while researchers from other universities as well as practitioners who work with the side-effects of digitalisation were invited to partake in the dialogue and exchange of cases.

In addition to scientific articles, the research project will result in the publishing of a book aimed at practitioners. Among other things, the book is meant to encourage a conversation about the topic in workplaces and inspire the use of the researchers’ results in relation to the continued digitalisation of Denmark.

Ursula Plesner and Lise Justesen, both Associate Professors at the Department of Organization at CBS, initiated the abovementioned symposium, which springs form their research project: Valuing Invisible Work: efficiency ambitions and digitalization project in practice. The symposium was organised by CBS’ Digital Transformation Platform in collaboration with ITU’s Center for Digital Welfare and Aalborg University.

In connection with the symposium, a magazine was published, where they use a number of cases to zoom in on the consequences of digitalisation in relation to invisible work. A podcast was also produced by journalist Anders Kjærulff. Find information and links here