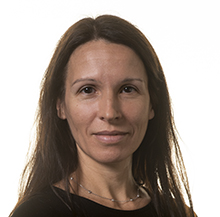 Eleni Tsingou is Professor MSO in International Political Economy and studies transnational governance, with a recurrent focus on financial governance and the role of expert networks.

Empirically, she is currently working on financial policy networks, and on compliance practices and anti-money laundering. She is also developing work on how different expert networks contribute to market emergence and cross-border governance in reproductive health provision.

She is co-principal investigator of a grant funded by the Velux foundation on ‘Expert Niches: How Local Networks Leve Leverage Markets’ (2019-2022). Other recent work has been supported by the Norwegian Research Council and the Horizon 2020 programme.

At CBS, She is on the study board of the Sociology and Business Administration BSc programme. She is also a mentor and supervisor to Assistant Professors as part of the Higher Education Teaching Excellence Programme.

Read more about Eleni Tsingou and her research here

Are you an Ukrainian refugee and want to study at CBS? You can still apply to start in the autumn. We have gathered all the information you need know to apply here:

Job: Teaching Assistant or Associate Professor of Marketing at the Department of Marketing, CBS

The War in Ukraine: Western Sanctions and Global Finance

Typically, South Africa is put forward as the one success story of how sanctions were crucial to the defeat of apartheid. Yet according to Professor with Special Responsibilities Eleni Tsingou from the Department of Organization we should be pragmatic when we discuss sanctions and what they can achieve. 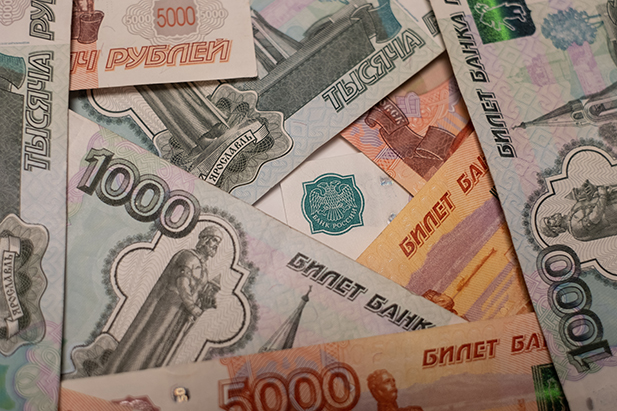 Can sanctions stop the war in Ukraine?

Researchers in my field have long been cynical about sanctions, arguing that they are often ineffective either because they are too selective to cause serious harm, or that they target regimes whose norms are too opposed to ‘ours’. The end of apartheid in South Africa was a long-term effort with change happening after a significant shift in public attitudes in Europe and North America.

The toughest sanctions (and some of the sanctions imposed on Russia are tough) can only go so far when dealing with the Russian regime, and their application would need to be both broader and a joint effort by a much larger part of the international community before isolation effects are truly felt. Let us be clear: this is not, for now at least, an economic blockade.

What we can take from the sanctions activity of the past week is that the individuals and institutions to sanction are well known to authorities. Drafts of those lists have existed for some time. The discussions now are about the relative costs and benefits of the measures and considering who, what, and when to sanction to minimise adverse effects on European economies, and how to provide guidance to compliance professionals now dealing with more complex sanctions which include capital market restrictions. The task of locating the assets and wealth of Russian oligarchs is also well advanced; but addressing this should be the work of our own elected governments, not sanctions alone.

What is SWIFT and how is it being used against Russia?

The basic infrastructure of cross-border flows is usually treated as a technical issue. SWIFT, the payments system which enables secure messages instructing banks on cross-border transfers, is an instance of private governance, a cooperative owned by its member financial institutions. Political economists have long disputed the designation of the plumbing of global finance as apolitical. This past week is a case in point. We have noted the importance of correspondent banking for countries’ access to the financial system and opportunities for trade. We have been reminded of the role of the US dollar as the main payments currency. And SWIFT is now used as a powerful tool in addressing Russia’s invasion of Ukraine.

So far, it has been used in an incremental way, as several EU members have been reluctant to push for a wholesale ban of the Russian banking sector, banning seven banks from SWIFT, claiming both that this protects some EU economic interests (by keeping open channels for paying for energy supply) and leaves room for manoeuvre and further rounds of exclusion. Even this level of activity, however, can have effects beyond its formal reach. The reputational cost of dealing with Russian counterparts has suddenly become high for financial actors and many are severing links, while Russia’s biggest lender, not included in EU’s SWIFT ban, is leaving the European market as its subsidiaries are facing bank runs.

And speaking of bank runs, the most drastic move taken has been the freezing out of Russia’s Central Bank. The Central Bank has significant reserves, but these are not cash in its Moscow vaults. Cutting off access to its dollar and euro-denominated reserves held in multiple central banks and private banks has severe repercussions for Russia’s ability to trade. As the rouble faces devaluation in world markets, and the Russian public seeks to withdraw funds from foreign currency accounts at home, bank runs, and a conversion of foreign accounts to rouble accounts, are real possibilities.

Could cryptocurrencies be used to bypass western sanctions?

Crypto will be used by Russia to evade sanctions. But crypto cannot substitute the loss of access. The scale required is not feasible – the entire market capitalisation of crypto just about exceeds the total assets of the Russian banking sector. Beyond that, crypto does not offer the liquidity that trade transactions require.
To use crypto even as a partial replacement, Russia would need access to exchanges that offer the most liquidity. Those are likely to be the most compliance-heavy exchanges that are implementing standard sanctions and anti-money laundering standards, and which are now cutting ties with targeted individuals and institutions. Russia would also need to find ways to compile crypto fast. Its options there are mining, which could generate some revenue but not overnight, and cyberattacks on crypto exchanges. So yes, crypto will help Russia evade sanctions but its effects will be limited.