CBS has appointed six new honorary doctors. Among them is Harvard Professor and bestselling author, Shoshana Zuboff, who has become world-renowned for her theory on what she calls surveillance capitalism. Zuboff alongside another five international researchers will give an open lecture at CBS on May 18th, 2022. 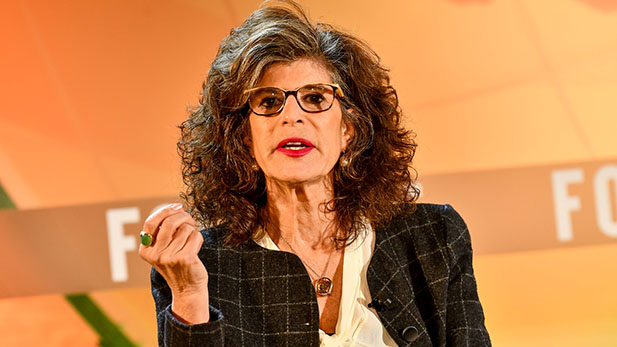 EVENT STATUS: We are sorry to announce that the lecture with Shoshana Zuboff has been canceled due to illness

Owing to the pandemic, last year’s honorary doctors will have their honorary degrees conferred in May at CBS. The honorary doctors appointed by CBS’ faculties, will give their lectures in connection with the 2022 doctoral award ceremony.

The lectures will be held on Wednesday 18 May 2022 between 13-17pm at Solbjerg plads 3 and Kilen, Kilevej 14. The lectures are open to all, but attendees must register. Below is short presentations of the five honorary doctors and links for registration.

Shoshana Zuboff was the first female Professor of Economics at Harvard, and she was the first person to truly understand the challenges we would face as our societies were radically digitalized. She has written two influential books on the subject, and the latest, The Age of Surveillance Capitalism, has already been hailed as a major work and compared to Karl Marx’ Capital and the French Economist, Thomas Piketty’s Capital in the Twenty-First Century.

She argues that digital companies have gone from servicing their users to surveying and controlling billions of people around the globe – without asking anyone’s permission and without the transparency that would allow users to protect their private lives. Zuboff shows that the problem lies not with the digital technology itself, but how a new form of capitalism, based on the technology, has been created.

The Lecture by Honorary Doctor Shoshana Zuboff will take place Wednesday 18th May at 13:00 to 14:10 and you can sign up here.

Professor James Tybout's career has followed the expansion of globalization since the early 1980's, and he has published many scholarly articles in the most influential academic journals on trade policy's effect on developing countries, labor markets, and individual firms. His work has been cited in "The Economist", the "New York Times", "Vox EU", and other well-known media outlets. As a leading expert in how international trade and globalization affect the well-being of workers and firms, he is well-placed to help understand how current hot-button trade issues will affect both Denmark and the rest of the world.

At this lecture Tybout talks about Globalization, Automation, and Career Paths. A large literature examines how import competition, offshoring, and/or technological progress have affected the incomes of diverse types of workers. Less is known about the ways these shocks have influenced the evolution of workers’ careers:  their decisions to attend college, the occupations they move through, the skills they accumulate, and the unemployment spells they endure.

This lecture will take stock of some evidence on shifting career paths over recent decades and suggest how globalization and automation might have shaped these shifts.

Computerization and digital transformation are the topics for this lecture by Suprateek Sarker.

Both as IT-enabled radical organizational or business process change, have been known since the 1990s, or even earlier. Now, there are some elements of digitalization that make it unique. These core elements include an unprecedented level of infusion of ICTs and their interconnectivity, the datafication and subsequent robotification of processes, and finally, platformization.

This inaugural talk addresses both social and technical considerations and their interactions to understand those digital phenomena. It will take place Wednesday 18th May at 14:30 to 15:25 and you can sign up here.

Wanda Orlikowski’s research examines technologies in the workplace, with a particular focus on how digital reconfigurations generate significant shifts in organizing, coordination, and accountability. She is currently exploring sociomaterial practices in digital work.

David F. Larcker who is the James Irvin Miller Professor of Accounting, and director of the Corporate Governance Research Initiative at the Stanford Graduate School of Business, will also be appointed honorary doctor but will not participate at the ceremony.