The CBS Public-Private Platform in Chile

During April quite a number of the CBS Public-Private members are going to Chile to take part in a range of Platform of activities.

In Chile the members will take part in following 3 activities:

On April 5 and 6 the Platform will be engaged in collaboration with Universidad Catolica de Valparaiso, which amongst others will entail a seminar on the ethics of office with keynote presentations from Paul du Gay and following debates with PPP members Anne Roelsgaard Obling, Kirstine Zinck Pedersen and Thomas Lopdrup-Hjorth.

The Chilean group is led by Professor Vicente Sisto. More about him can be found here.

From April 6 to April 9, 2016 the 6th Latin American and European Meeting on Organization Studies will take place. More than 10 of the platform’s researchers will be participating, hence the Platform will be represented at different sub-tracks.

More information on the conference can be found here.

The CBS Public-Private Platform’s cluster Markets & Valuation will take part in á workshop in Quintay together with NUMIES. The Millennium Center for Energy and Society Research (NUMIES) arose based on the fact, that energy production, distribution and consumption in Chile has become one of the most critical challenges the country is facing. It We hope that the workshop also will provide a change to talk more about the possibility of future research applications between CSB and energy researchers and environments in Chile. 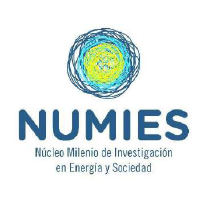 More updates will follow after the workshop. Read about NUMIES here.