The fourth PPP conference on international experiences with public-private partnerships (PPPSs) was held in New York City on 14-16 September 2015.

The fourth PPP conference on international experiences with public-private partnerships (PPPSs) was held in New York City on 14-16 September 2015. The conference series started at CBS at the Platform in 2012 and has since been held in Vancouver (2013) and Melbourne (2014). The 2015-conference was organized efficiently by Cornell University (Cornell Program for Infrastructure Policy) led by Associate Professor Rick Geddes.

Two CBS PP-Platform members, Carsten Greve and Christina Tvarnø, participated in the conference. Papers at the conference focused topics such as “why countries differ in government support for PPPs”, “public versus private cost of capital in infrastructure development” and “international PPP policies”. Participants came from Belgium, Denmark, Ireland, Italy, Ireland, the USA and more. The second half day of the conference was dedicated to practitioner involvement and the infrastructure industry in North America. The conference was a great success and the series will continue. 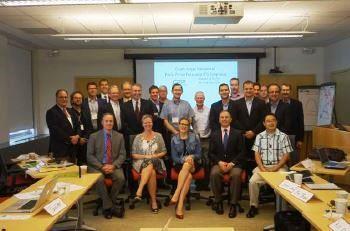