Congratulations to Martin Kornberger and Christian Borch with the book: “Urban Commons: Rethinking the City”

Congratulations to Martin Kornberger and Christian Borch who has Co-edited the book: “Urban Commons: Rethinking the City”

The Platform congratulate the two cluster faciliators of the Urban Governance cluster Martin Kornberger and Christian Borch with the new book entilted "Urban Commons: Rethinking the Ciry" published by Routledge.

The book rethinks the city by examining its various forms of collectivity – their atmospheres, modes of exclusion and self-organization, as well as how they are governed – on the basis of a critical discussion of the notion of urban commons. The idea of the commons has received surprisingly little attention in urban theory, although the city may well be conceived as a shared resource. Urban Commons: Rethinking the City offers an attempt to reconsider what a city might be by studying how the notion of the commons opens up new understandings of urban collectivities, addressing a range of questions about urban diversity, urban governance, urban belonging, urban sexuality, urban subcultures, and urban poverty; but also by discussing in more methodological terms how one might study the urban commons. In these respects, the rethinking of the city undertaken in this book has a critical dimension, as the notion of the commons delivers new insights about how collective urban life is formed and governed.

Read more about the book and the editors at Routledge website. 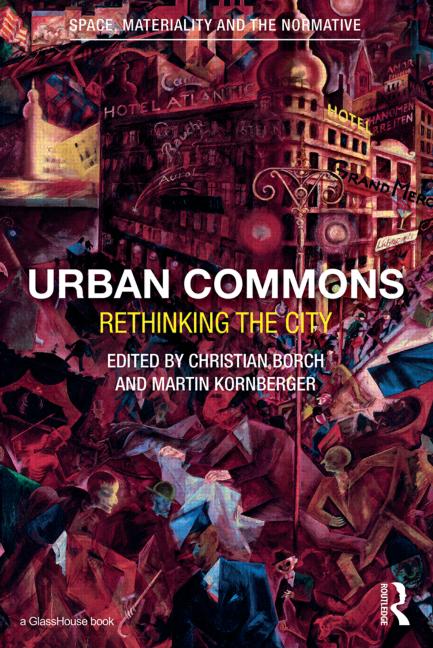