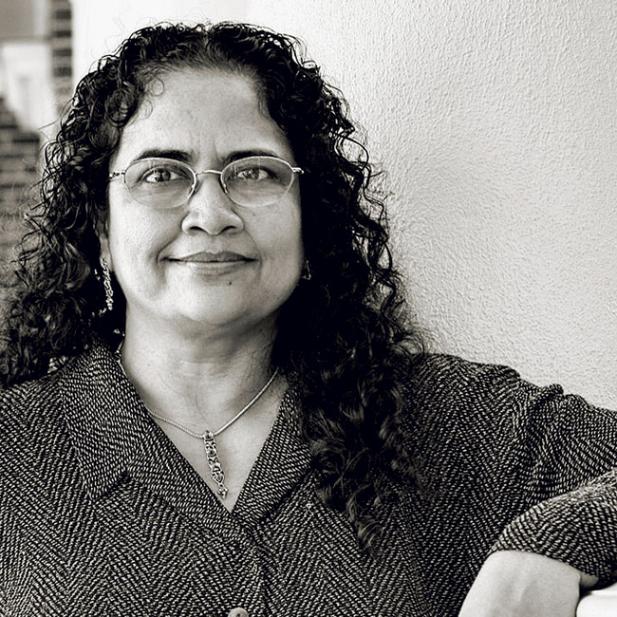 Associate Professor Saras D. Sarasvathy is a member of the Strategy, Entrepreneurship and Ethics area and teaches courses in entrepreneurship and ethics in Darden’s MBA program. In addition, she teaches in doctoral programs not only at Darden, but also in Denmark, India, Croatia and South Africa. In 2007, Sarasvathy was named one of the top 18 entrepreneurship professors by Fortune Small Business magazine.

A leading scholar on the cognitive basis for high-performance entrepreneurship, Sarasvathy serves on the editorial boards of the Journal of Business Venturing and Strategic Entrepreneurship Journal and is advisor to entrepreneurship education programs in Europe and Asia. Her scholarly work has won several awards, including the 2001 William H. Newman Award from the Academy of Management and the 2009 Gerald E. Hills Best Paper Award from the American Marketing Association. Her book “Effectuation: Elements of Entrepreneurial Expertise” (book overview) was nominated for the 2009 Terry Book Award by the Academy of Management.

Effectuation is widely acclaimed as a rigorous framework for understanding the creation and growth of new organizations and markets. The research program based on effectuation involves over a dozen scholars from around the world whose published and working papers can be found at www.effectuation.org. Sarasvathy has also developed several cases and other instructional materials to teach effectuation. A new textbook, along with an open source instructor website, is currently in the works.

The seminar is organised by Department of Management, Politics and Philosophy and CBS Entrepreneurship Platform.

The page was last edited by: Department of Management, Politics and Philosophy // 10/14/2013