The Signature of Power: Changing the Paradigm? 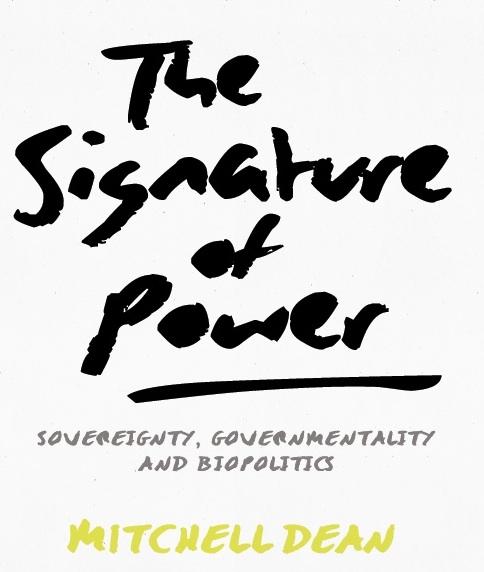 The concept of power has arguably been the most central to the political and social sciences.  In recent times, Michel Foucault’s approach has been perhaps the most important, particularly his focus on the government of conduct and life. But is the paradigm of power undergoing a fundamental shift? Has poststructuralism led us to a theoretical dead-end? Is power fated to be replaced by networks, assemblages, governance and governmentality? And what of the powers of the state, sovereignty and biopolitics? These are fundamental questions for those who lead and are led, those would govern and are governed, that is, each and all of us.

This symposium marks the publication of a new book by Mitchell Dean, who has recently joined CBS as Professor of Public Governance.  He revitalized the study of governmentality in his bestselling book of the same title.  Now in The Signature of Power: Sovereignty, Governmentality and Biopolitics (Sage, 2013) he offers a new framework for studying power, which he develops through astute readings of Foucault, Carl Schmitt and Giorgio Agamben.

Mitchell will be joined in discussion by two distinguished US scholars:

Thomas Dumm, William H. Hastie ’25 Professor of Political Science at Amherst College.  Among Thomas’s many publications in political theory are the highly acclaimed Michel Foucault and the Politics of Freedom (Sage, 1996) and Loneliness as a Way of Life (Harvard UP, 2008).

Jeffrey Bussolini, Associate Professor of Sociology, College of Staten Island, CUNY.  Jeffrey is the foremost scholar of the relationship between Giorgio Agamben and Michel Foucault (see his landmark contributions in Foucault Studies No. 10, which he also edited). His publications also include The Culture of National Security Science: Los Alamos and Wen Ho Lee (Duke UP, 2010).

The CBS Public-Private Platform is happy to support the launch. Find more about Mitchell Dean here.