On June 4 Professor Neil Fligstein from University of California, Berkeley, will give a public lecture on "The Transformation of Mortgage Finance and the Industrial Roots of the Mortgage Meltdown".

Abstract
The 2007-2009 financial crisis was centered on the mortgage industry. I develop a sociological explanation of that crisis based on the markets as politics approach and the sociology of finance. I use archival and secondary sources to show that the industry became dominated by an “industrial” conception of control whereby financial firms vertically integrated in order to capture profits in all phases of the mortgage industry. The results of multivariate regression analyses show that the “industrial” model drove the deterioration in the quality of securities that firms issued and significantly contributed to the eventual failure of the firms that pursued the strategy. We show that large banks which were more involved in the industrial production of U.S. mortgage securities also experienced greater investment losses. The findings challenge existing conventional accounts of the crisis and provide important theoretical linkages to the sociology of finance. 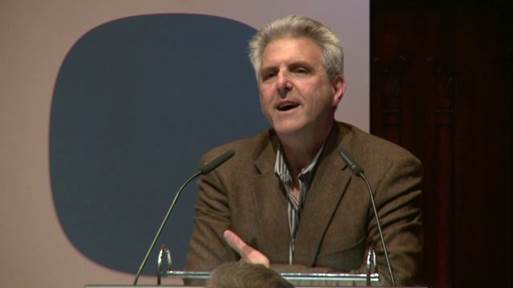 About Fligstein
Neil Fligstein is the Class of 1939 Professor in the Department of Sociology at the University of California. He is the Director of the Center for Culture, organizations, and Politics at the Institute for Research on Labor and Employment.  He is the author of numerous books including "The Architecture of Markets (Princeton, 2001), "Euroclash" (Oxford, 2008), and "A Theory of Fields (with Doug McAdam, Oxford, 2012). He has written extensively on the topics of economic sociology, organizations, social stratification, political sociology, and European economic and political integration. He is currently working on studying different aspects of the 2008 financial crisis. He has written on the causes of the crisis and how it spread around the world. He is also working on a project on how financialization has affected the indebtedness of households since 1992. In this project, he is exploring the role of increasing income inequality in the U.S. and its link to households' attempts to maintain their lifestyles by going into debt.

15.10-16.30: “The Transformation of Mortgage Finance and the Industrial Roots of the Mortgage Meltdown” by Professor Neil Fligstein

The event is free of charge. Please sign up via email to pppevents@cbs.dk and state your name and position.

This seminar is organized and sponsored by the CBS Public-Private Platform, Department of Business and Politics, Department of Management, Politics and Philosophy, and Centre for Business History.