On December 10, the Department of Organization and the Public-Private Platform is proud to welcome Professor Philip Mirowski, who will give a public lecture here at CBS.

Philip Mirowski ‘Economists as the Prophets of the Information Economy: the Neoliberal Lowdown’ 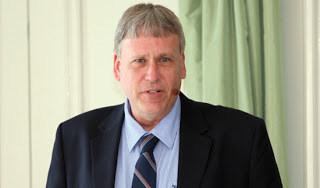 People think the “Information Economy” was a reaction to the Internet in the 1990s; but economists were busy theorizing something like it from the 1930s onwards. Although computer technologies did play a supporting role, the main impetus came from the rise of the political theory of Neoliberalism. This lecture describes how that happened.

Philip Mirowski is a historian and philosopher of economic thought at the University of Notre Dame, Indiana. Some of his books include More Heat than Light, Machine Dreams, The Road from Mont Pèlerin, Never Let a Serious Crisis Go to Waste, and the forthcoming The Knowledge We Have Lost in Information. He has appeared in Adam Curtis’ BBC documentary The Trap, and in a series of filmed lectures from INET.