Liberal or humanitarian intervention is a practice and doctrine that seems to be irretrievably controversial. The failure of the ‘international community’ to respond quickly to humanitarian catastrophes and genocidal conflicts has attracted widespread criticism, as in the cases of Rwanda and Kosovo. But when intervention has taken place as in the Congo and Libya, for instance, it has been criticised as a neo-imperial or neo-colonial enterprise aimed at denying national self-determination and imposing, inter alia, Western capitalism and secularism on local national cultures. Perhaps such controversy is inevitable in the domain of foreign policy and international relations, where universalist norms clash with realist conceptions of state interest in a manner that has proven difficult to understand (let alone resolve) within the disciplines of international relations, international law, and political history and sociology.

The responsibility to protect (R2P) doctrine represents a further attempt to address this set of issues, from within the framework of United Nations thinking. By shifting from a ‘right to intervene’ to a ‘responsibility to protect’, R2P attempts to provide definite criteria for when a state is failing in its responsibility and hence when the UN is justified in taking this over. Like humanitarian intervention, however, R2P encounters major difficulties in determining who can and should judge when a state is failing in its responsibility to protect, which domestic groups should be protected, and who is threatening whom under conditions of sectarian violence and civil war. Discussions of R2P thus tend to display the same kind of bottomless normative controversy when viewed from the perspective of universal values such as those associated with humanitarianism, self-determination, or international morality.

Is there a way of approaching these issues that justifies intervention in states by unilateral or multilateral agents other than in universalist terms? To what extent will both the forms of judgment and the capacity to intervene be determined by the existing balance (and imbalance) of powers? Is it possible for scholars and intellectuals to develop forms of judgment regarding these matters — e.g., who should be protected in Syria from whom and on the basis of what international norms — when they are removed from the situational judgments forced on politicians, diplomats, and military commanders? 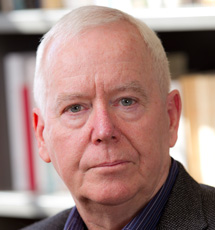 Registration:
If you wants to participate, you can register at publicprivateplatform@cbs.dk