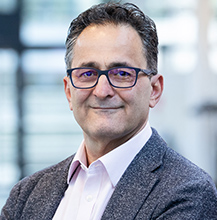 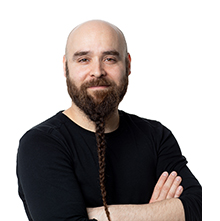 Manuel Llorca is a Postdoctoral Researcher at Copenhagen School of Energy Infrastructure (Copenhagen Business School). He was previously a Research Fellow at Durham University Business School and Early Career Fellow at Durham Energy Institute (Durham University). He holds a PhD and a Master’s Degree in Economics (Universities of the Basque Country, Cantabria, and Oviedo).

Read more about Manuel and his research here

The War in Ukraine: Is energy poverty the new pandemic?

Amid the gradual transition to endemic COVID-19, Europe may now be facing the beginning of a new pandemic: energy poverty. The war in Ukraine has influenced energy prices already on the rise to yield the perfect storm.

Professor Tooraj Jamasb and Dr. Manuel Llorca from Copenhagen School of Energy Infrastructure (CSEI) give us their insights into why energy poverty is now a worrying concern for millions of households across Europe.

What is energy poverty?

Generally speaking, energy poverty happens when households or individuals are unable to adequately keep their homes warm or meet their basic energy needs at a reasonable cost. It is recognised that energy poverty has serious effects on the physical and mental health of the elderly and children in particular [1]. In recent years, the public awareness of this issue has increased in Europe. It has become a political priority since the 2018-19 approval of the Clean Energy for all Europeans Package (CEP) that addresses matters related to energy poverty such as energy efficiency or energy security. However, according to recent reports from the European Commission and despite the recognition of affordability as one of the pillars of the sustainable energy transition, approximately 34 million Europeans can be considered as energy poor. And the number may increase further in the near future.

Why is energy poverty rising?

It is commonly assumed that the risk of a household winding up in energy poverty is linked to three aspects: low disposable income, high energy expenditure and poor home energy efficiency. Currently, household income levels in Europe are still recovering from the COVID-19 pandemic. However, this problem is quickly becoming overshadowed by a longer-term one: high energy prices.

Electricity and gas prices have been spiralling since last autumn. Among other causes, soaring prices have been attributed to low gas storage levels, gas supply bottlenecks, and lack of wind to generate electricity. This last point has served to feed worries about a future energy system heavily reliant on variable renewable energy sources and not capable of storing large amounts of electricity for long periods. Moreover, the current developments in Ukraine and the international sanctions imposed on Russia, with the possibility of a future ban on Russian oil and gas, imply that energy prices are likely to continue skyrocketing. Very recently, on 7th March, the price of natural gas in Europe reached a historical maximum of €345 per megawatt-hour. As a consequence, energy bills in the UK could exceed £3,000. According to the End Fuel Poverty Coalition, this would mean that 8.5 million British households would be at risk of energy poverty. It is extremely likely that other European countries would suffer the exact same problem.

Amid concerns about long-term security of supply, stronger bets on Liquefied Natural Gas (LNG), storage and regasification plants as well as nuclear power are beginning to gain ground as alternatives. However, the implementation of some of these strategies may put the achievement of the decarbonisation goals of the green transition at risk. What remains clear is that it is becoming increasingly difficult to reconcile the three competing EU energy objectives: security of supply, environmental sustainability, and affordability. This latter goal is directly related to energy poverty.

How can we tackle energy poverty?

In a recent article [2], researchers propose a new approach to the analysis of energy poverty in the shape of a model that will allow for the estimation and explaining of the maximum potential reduction in energy poverty a country can achieve. This approach also enables a better understanding and a quantification of the significance of factors that can facilitate or hinder the achievement of this potential. Using this model, energy poverty in 30 European countries during the period, 2005-2018 is analysed.

The results show that countries with higher economic development and more egalitarian economies have a lower incidence of energy poverty, while higher energy prices exacerbate the problem. In fact, it is also found that, on average, an increase of 1% in energy prices boosts a country’s level of energy poverty by 0.27%. And while this number cannot be directly applied to extrapolate the potential impact of a certain price increase at a specific point in time, it is perfectly suitable as a warning sign of the dangers in the current context of rising energy prices.

To conclude, and on a positive note, it is shown that there have been increases in the efficiency of dealing with energy poverty, and this has been a steady and general trend in almost all the countries analysed. More importantly, it is also found that social protection aids to households and individuals have had a significant effect on reducing energy poverty. These social protection aids have been in the form of benefits to those affected by issues such as disability, sickness/healthcare or social exclusion. Finally, energy efficiency improvements, measured in terms of energy intensity, have also helped to reduce energy poverty. Looking beyond energy prices, these results seem to call for actions aimed at improving energy efficiency and the financial conditions of vulnerable groups in order to address the severity of the energy poverty issue in the times to come.