The development of a new model for lifelong learning

A ground-breaking model for lifelong learning called CBS Kontinuum (CBS K) is under development at CBS.

Today’s students can expect to live until they are about 100 years old. They will likely remain in the job market until they are at least 75 and work for approximately 60 years in two to three different careers. 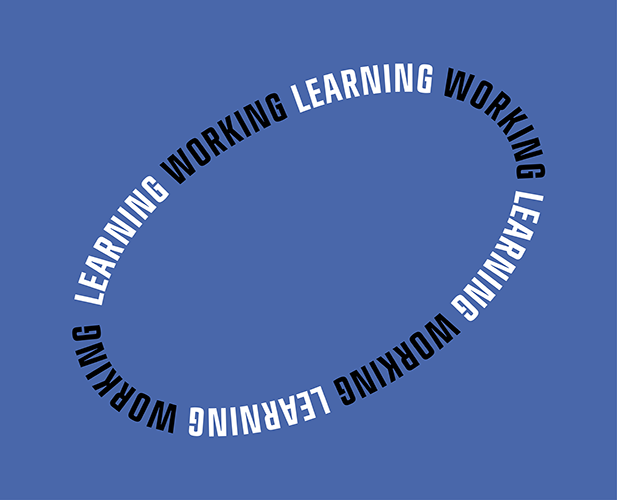 A ground-breaking model for lifelong learning called CBS Kontinuum (CBS K) is under development at CBS. The initiative stems from societal developments indicating that in future people will be on the labour market until they reach the age of 75 and have careers lasting over six decades. What is more, being a lifelong student will go hand in hand with having a career. CBS is continuously pilot testing the thoughts and ideas that grow out of Kontinuum’s work – most recently a new conversational format in which CBS researchers meet cultural figures, politicians, and people from the business community.

To meet this development, it is necessary to have learning opportunities that go far beyond what universities offer today. The current system is set up to teach students to prepare them for their first job, after which formal learning ceases – unless perhaps a master’s degree is added later as a supplement.

This is the underlying reason why CBS is working intensively on the development of a new model for lifelong learning. Once fully developed and implemented, CBS K – as the initiative is known – will turn upside down the way CBS and society approach lifelong learning in general.

One of the basic ideas behind CBS K is that being a student will become an ongoing part of one’s life, to the same high degree as one’s career. Getting there will not be straightforward, however, as doing so presupposes far greater interaction between CBS and society, emphasises Rasmus Johnsen, PhD, associate professor and Associate Dean for Lifelong Learning at CBS. He states:

“As a university we must, for instance become better at facilitating learning in various sectors, and instead of solely providing academic knowledge, we must also help shape academic values and work to make them useful.”

An example of this is the establishment of the learning community Bowline in the restaurant industry, which includes several leading Copenhagen restaurants. In collaboration with leaders in the industry, CBS established a working group on economic survival in the COVID-19 era with the participation of accounting experts, restaurant owners and CBS researchers. Another working group, which focused on gender and diversity, included union representatives and people from the Copenhagen Hospitality College, in addition to restaurant owners and CBS researchers.

While developing CBS K, innovative ideas and concepts are constantly coming to life. The most promising ideas are tested in specific pilot projects that focus on new ways of creating interaction between CBS and society.

This applies to the pilot project called City Lights. Due to the coronavirus, indoor meetings were no longer possible – but going for walks remedied this situation. For City Lights, CBS researchers got together with artists, cultural figures, politicians and business leaders before dividing themselves into small groups to walk between various restaurants, where they had a bit to eat and drink while discussing how the break that COVID-19 afforded could be used constructively as a space for reflection on reopening the city.

“Up to the 2021 summer holiday about 100 people had participated in these walks, and this new way of conversing proved so rewarding that participants will continue into the autumn and possibly onward,” enthuses Johnsen. 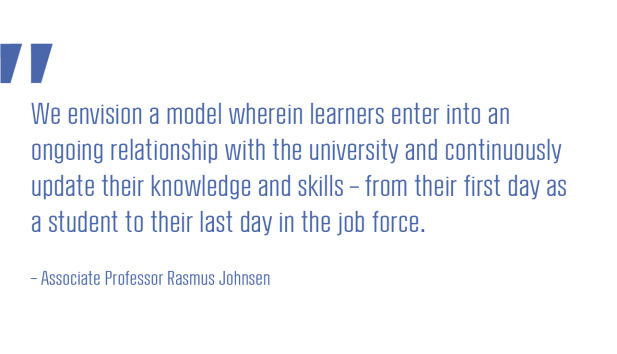 Johnsen says that the experience gained from the pilot projects is part of the work going forward in the development of CBS K. A picture is beginning to emerge of how the new model for lifelong learning will take shape in its final form. As Johnsen explains:

“We would like to approach lifelong learning with a holistic understanding that combines employability with personal and community development. A commitment is required that can create change and solutions that benefit a sustainable, democratic development of society.” He continues:

“We envision a model wherein learners enter into an ongoing relationship with the university and continuously update their knowledge and skills – from their first day as a student to their last day in the job force.”

CBS Kontinuum is expected to be launched in mid-2022.