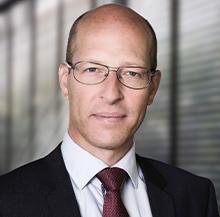 Jesper Rangvid is a professor of finance at CBS.

He maintains Rangvid’s Blog (https://blog.rangvid.com/) where additional analyses of inflation and central banks can be found.

Is higher inflation here to stay?

When can we expect inflation to come down and what are the longer-term effects? CBS Professor Jesper Rangvid gives an overview of where the Danish economy stands and where it is heading in a time of very high inflation. 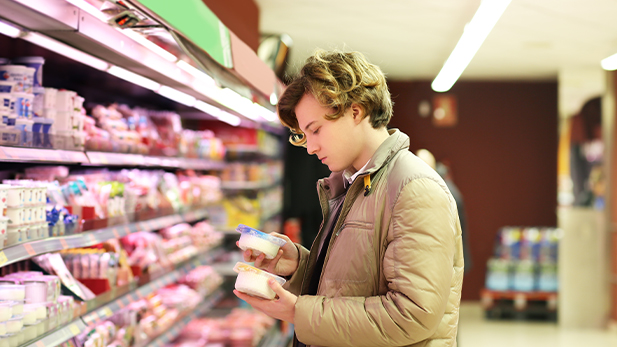 Right now, inflation is incredibly high in many market-based economies and the rise has been amazingly fast. At the start of 2021, inflation across these OECD countries was below 2%. One and a half years later it now nearly 10%.

This September, inflation in Denmark reached 10% and the last time that happened was back in 1982. Professor Jesper Rangvid from the Department of Finance at CBS explains why higher inflation (for now) is here to stay.

Why is inflation so high?

Inflation is high not only in Denmark, but in most – so-called – “Advanced Economies”, i.e. the euro area, the UK, the US, etc. We thus need to look for global explanations why inflation is high in Denmark and many other countries.

I think the explanation goes as follows: We had a terrible recession in early 2020 because of the pandemic. Demand fell abruptly and dramatically. Inflation dropped. Governments and central banks came to the rescue, launching very expansionary policies. After the shock, demand bounced back, supported by fiscal and monetary policies. We started demanding other things than we usually buy. Demand shifted from services to goods. Expansionary policies continued for much too long, stimulating inflation further. At the same time, supply chains were impaired by the pandemic. Demand was high relative to supply. Prices rose, in particular prices of raw material. Raw materials are used in many parts of the production process, causing firms to raise prices even further.

So, in short, inflation is high because:

What are the implications of this right now on business and society?

Inflation erodes the buying power of households. If salaries and transfers do not increase at the same rate at which prices increase, we can buy less goods and services. We effectively become poorer. This means that we reduce demand.

When we – households – cannot buy as much as we previously could, firms will experience falling demand for the goods and services they produce. They will have to cut production, potentially even having to lay off people.

At the same time, production costs increase. The prices of goods and services firms use in their own production increase. It simply becomes more expensive to produce stuff. This means firms need to evaluate whether they can pass on these higher input costs to customers. Some firms can easily raise prices, because the competitive positive allows them to do so, while it is more difficult for others.

While most firms are negatively affected as just described, some firms do well. For instance, some energy firms are doing fine, because energy prices are high. This means not all firms are equally affected, and we need to be aware of those differences when we talk about the impact of inflation.

What are the longer-term effects?

Had we not had the pandemic, we would not have had this inflation.

This means that some of the underlying factors pushing up inflation will evaporate over time. Supply-chain disruptions will be dealt with, monetary policy is no longer expansive, many commodity prices have already started to fall, etc. In short, inflation will not remain at 10%, but will naturally fall somewhat. In the long run, I believe we will come back to something like 2% inflation. On the other hand, not all of this inflation will “disappear” by itself. Demand is very high in some areas of the world, so there will be inflationary pressures for some time.

How do you bring down inflation?

Inflation means firms raise prices on stuff we buy. They do so when demand for what firms produce is high relative to what they supply.

To reduce inflation, we thus have to reduce demand. In principle, we could also increase supply, but this is generally difficult solution, and that takes longer.

In the current situation, central banks must raise interest rates rather aggressively, because inflation is so high. They are doing this now, but I have been arguing for some time that central banks failed to see the inflation coming, failed to see inflation would persist, and for those reasons central banks started reacting too late. It means it will take longer to bring inflation under control, and there is a risk that policy will not be calibrated correctly going forward, because there is a sense of urgency here.

When can we expect inflation to come down?

Difficult to say, of course.

At the moment, the best guess is that inflation is close to having peaked. It probably already has peaked in the US, at least what we call “headline inflation”, core inflation might not have peaked yet, but will soon. In Europe, we are probably not at the peak yet, but it could be close.

This means that inflation should start to come down within the not too distant future. This does not mean that the prices we pay for goods and services come down, but the rate at which these prices increase will come down.

Unfortunately, on the other hand, it will take some time for inflation to come back to levels we have been used to during recent decades, not least because central banks unfortunately have been too slow to react, as mentioned above. There is also a risk that central banks will not raise interest rates enough in Europe, because there is concern what this will imply for indebted countries, such as Italy. If the European Central Bank does not raise interest rates enough, it will take longer to get inflation under control. Inflation will thus most likely remain too high also next year, and potentially even for a few more years.