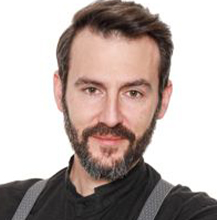 ·      Among other things, he studies consumer behaviour, marketing and branding.

·      His research has resulted in several international awards.

When we shop, our choice of manufacturer affects gender equality. Women know this. Men do not, as new research shows us. 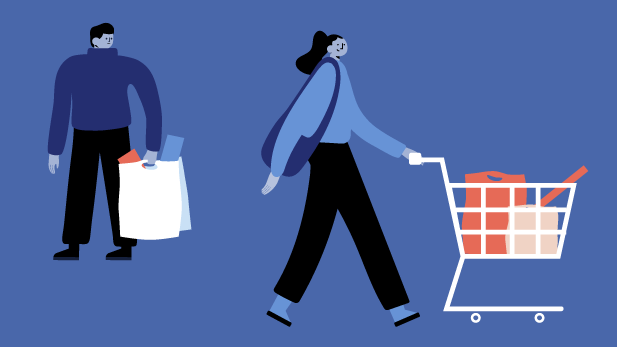 Women consciously choose to purchase consumer goods that are produced by other women. Men, on the other hand, have no preferences in terms of which gender they indirectly support by their purchase.

This is revealed in a large international study carried out by Associate Professor, Georgios Halkias from the Department of Marketing at Copenhagen Business School in collaboration with Benedikt Schnurr from the Technical University of Munich. The results have just been published in the renowned “Journal of Consumer Psychology”.

“Our data clearly shows that women consumers seek out women manufacturers. Men, on the other hand, are neutral. Normally, you would expect them to support their own gender. Or that, reversely, they would make a conscious decision to support women manufacturers. But they haven’t, because they don’t believe that their choice has any bearing,” says Georgios Halkias before continuing:

“Over the last few years, we have seen a development where people are looking to make their purchases more personalised. In this context, customers believe that their purchases become more unique if they know a little about who the manufacturer is. In other words, we’re moving away from mass-produced goods, and therefore, studying the importance consumers afford the manufacturer’s background becomes interesting.”

Over the course of two years and via thirteen studies in Germany and the US, Georgios Halkias and his colleague looked at 3,000 consumers’ shopping habits. The researchers consciously chose to focus on products that would appeal to both sexes. “The respondents in the study represent Western consumers and culture. In that respect, it is a broad study,” says Georgios Halkias.

“The attitudes of men show that there is a huge potential, which might be utilised by way of focused campaigns.”

If it is the male member of the household who is given the task of buying a handcrafted belt for Uncle Albert for Christmas, he is not as conscious of his purchasing power as his wife would be. However, according to Georgios Halkias, it is not because he does not favour gender equality.

“When in comes to gender equality, men seem to follow the belief that such change can only be regulated via concerted efforts of policy implementation. They do not believe that such small steps count, and that the individual consumer can actually make a difference. It shows that there is a huge potential, which might be utilised by way of focused campaigns,” says the researcher from CBS.

His statement is put into perspective by the fact that last year alone, approximately one hundred million customers bought handcrafted products on the American e-consumer platform Etsy, and they would in fact be able to make a difference.

Women entrepreneurs at the centre

For Tine Cederstrand, who heads the association “Women Business Entrepreneurs” the study’s conclusions give rise to mixed emotions.

“I’m positively surprised that the tendency among women consumers is so significant. But I’m not convinced that it would also be the case in Denmark, because we’re not at the forefront of gender equality – and certainly not, if we compare ourselves to the other Nordic countries.”

“Of course, the individual purchase matters. Saying the opposite would be equal to claiming that our right to vote is without importance, because we only have one vote each.” Tine Cederstand, Chairman of Women Business Entrepreneurs.

Tine Cederstrand points to the fact that in Denmark, we still need to highlight women entrepreneurs in order for them to become role models.

“It will both inspire young girls to choose without the limitations of traditional gender roles, and it can help render visible how many women entrepreneurs are already out there,” she says and agrees with Georgios Halkias that consumers can indeed help push the gender quality agenda.

“Of course, the individual purchase matters. Saying the opposite would be equal to claiming that our right to vote is without importance, because we only have one vote each.”