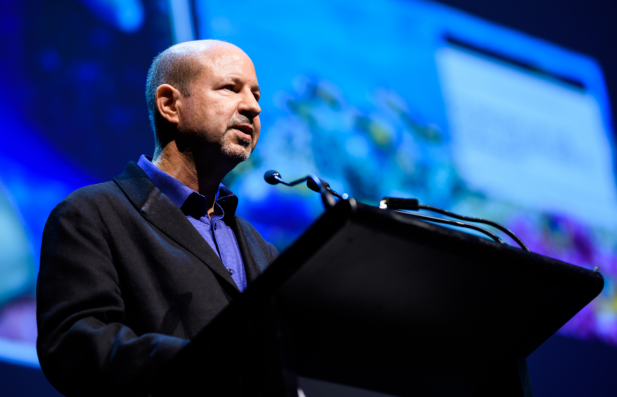 Abstract: The New Climate War: The Fight to Take Back Our Planet

Human-caused climate change is arguably the greatest threat we face as a civilization. Efforts to attack and deny the scientific evidence have constituted a major impediment to action over the past two decades. At a time when we appear to be moving past outright denial of the problem, we face a multi-pronged strategy by polluting interests to distract, deflect, attack, and divide the climate activist community. This involves, among other things, (a) efforts to deflect attention from systemic change and regulatory policy solutions to personal behavior, (b) doomist framing that disempowers us by exaggerating the threat in such a way as to make catastrophic changes now seem unavoidable, and (c) the promotion of false solutions that seek to enable the continued burning of fossil fuels that is at the very root of the problem. It is important to recognize while there is great urgency in acting, there is also agency. There is still time to for us to avert the worst impacts of climate change if we act now and we act boldly. I will discuss what we can do to fight back, emphasizing the importance of both urgency AND agency in efforts to save our planet.

Dr. Mann is Distinguished Professor of Atmospheric Science and Director of the Earth System Science Center at Penn State. His research focuses on climate science and climate change. He was selected by Scientific American as one of the fifty leading visionaries in science and technology in 2002, was awarded the Hans Oeschger Medal of the European Geophysical Union in 2012. He made Bloomberg News' list of fifty most influential people in 2013.  He has received the Friend of the Planet Award from the National Center for Science Education, the Stephen H. Schneider Award for Outstanding Climate Science Communication from Climate, the Award for Public Engagement with Science from the AAAS, the Climate Communication Prize from the American Geophysical Union. He received the Tyler Prize for Environmental Achievement 2019 and was elected to the National Academy of Sciences in 2020. He is a Fellow of the AGU, AMS, GSA, AAAS and the Committee for Skeptical Inquiry. He is co-founder of the award-winning science website RealClimate.org, author of more than 200 peer-reviewed and edited publications, numerous op-eds and commentaries, and five books including Dire Predictions, The Hockey Stick and the Climate Wars, The Madhouse Effect, The Tantrum that Saved the World, and The New Climate War.

About the webinar series

This idea behind this webinar series is to bring in international thought leaders, representing a wide variety of fields and disciplines. Following the same structure for each seminar, we wish to critically explore if, how, and under which conditions any given approach can bring about change and contribute to sustainable development.

The title of this webinar series refers not only to the inherent urgency for us to find possible solutions to the societal challenges we are facing, but also the 60 minute time frame for each session.

On this site, you can find the audio and video podcasts of the sessions. If you wish to stay in the loop and attend the live sessions, please sign up for the monthly CBS Sustainability newsletter or contact the centre manager of both centres, Sarah Netter.