SERIES: DIVERSITY IN ORGANISATIONS AND BUSINESSES

On 8 March, we celebrate International Women’s Day. But it is not only a celebration, it is also an opportunity to highlight some of the challenges women and minorities continue to face in the labour market.

Denmark is still lagging far behind countries like Norway and Sweden in terms of equality. In spite of an increased focus on diversity and inclusion, there is still a long way to go before we have genuine equality.

In the weeks leading up to International Women’s Day, we will bring a number of articles centred on diversity. How are we doing? What do companies do and does it work? And is it only something large companies care about, or are small and medium-sized companies also jumping on the bandwagon?

Join us for International Women’s Day at CBS where we will bring research and practice closer together in a discussion on how unconscious norms affect organisational processes. 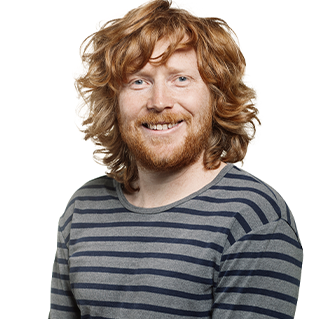 Ph.D. in sociology and Assistant Professor at the Department of Organization, Copenhagen Business School.

Conducts research on elite networks, their reciprocal networks and the elite’s relation to the general public.

He is currently working on a research project where he studies 8,000 Danes, who in the last 110 years have been included in Krak’s Who’s Who, in order to analyse their ability to accept compromise and maintain stable networks.

Read more about Christoph Ellersgaard and his research here

Diversity in executive management: When others are not invited to play

In some cases, homogeneous managements may make sense. But according to CBS researcher, Christoph Ellersgaard, a lack of diversity in management brings challenges that may also have consequences for society in general. 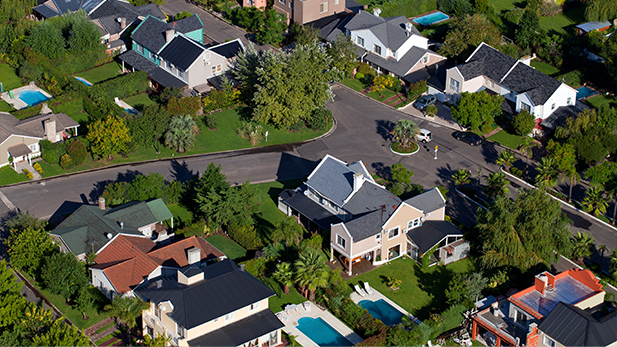 Early in the morning, an unknown number of people pour into companies across the country to do the cleaning. There are many different nationalities, and the majority are women. With buckets, brooms and cloths, they work their way through the buildings. Typically, they clean the stairs from the top down.

A little later, senior executives walk up those same stairs, as they head to their first meeting of the day. Almost all of them are ethnic Danes, and the majority are men. Perhaps they could learn a thing or two from the principles of cleaning stairs. That sometimes, it is a good idea to start at the top – also in terms of diversity.

At any rate, the structure of executive managements and boards in Danish companies has only changed very little. Often, the recruitment process is informed by old principles, and one consequence is that there is very little diversity among top-executives in Danish businesses.

“My research shows that people who become professional board members are often very much alike. Typically, their background is in economics, law, or to a lesser degree, engineering. They live in the same parts of Denmark, and they have built a career in the same industries and at the same executive level. Often, their parents are academics or professionally trained,” Christoph Ellersgaard explains.

Who would you buy a summer house with?

He is Associate Professor at the Department of Organization at Copenhagen Business School, where he conducts research on Danish power structures. He has continuously mapped out the most influential people in Denmark, and among other things, he has shown that seven out of ten members of the so-called power elite live in the capital or slightly to the north thereof.

According to Christoph Ellersgaard, there can indeed be advantages to gathering a very homogeneous group of people in boardrooms, if the main priorities are to ensure productivity and continuity.

A homogenous board will increase the likelihood that its members will agree on the direction, and that they will avoid big, recurring discussions.

While a diverse boardroom requires its members to be able to transform differences and disagreements into potential, it is a somewhat simpler exercise, if they are all alike to begin with.

“A homogenous board will increase the likelihood that its members will agree on the direction, and that they will avoid big, recurring discussions. And when they have to appoint a new member, it is tempting to pick someone from one’s own network, who share the same values, and whom you trust. After all, none of us would want to buy a summerhouse with someone we did not know,” Christoph Ellersgaard states.

On the other hand, he also points out that homogenous recruitment leaves different challenges in its wake. Partly, it generates a number of ethical considerations in terms of allowing one specific social group to have such a huge influence on the remaining society. And partly, the uniformity risks creating blind spots that may result in crises that might otherwise have been avoided.

The issue of blind spots has gained much more attention in later years, because the tasks boards handle, are changing. Granted, many are already past the phase when meeting up four times each year for a retrospective lunch was sufficient. But now, there is also talk of managements having a kind of musicality.

That it is no longer sufficient to be educated and trained in rational thinking as well as being able to count, weigh, measure and thus secure a profit. That board members must also be able to read and comprehend the new flows in society and be able to act on them. That they must be able to solve ethical dilemmas.

Talking about dilemmas can be hard: How pro-active should the company be in terms of the green transition? Can a company require its employees to be vaccinated against Corona? Can you have one set of ethical rules for your company in China and another set of ethical rules for your business in the West? And what about the discussion about transgendered people? There may be a steep price to pay if management slips up.

Last year, the breeding company, DanBred, learnt this the hard way. The company board, which back then consisted of nine men, all of whom had a background in farming, misjudged a number of cases about sexualised harassment. Allegedly, a number of employees had been subjected to harassment by the then director. The case ended up in the media and resulted in replacements in both its board and executive management.

The board members had a blind spot in terms of how the surrounding society was developing a zero-tolerance of sexualised harassment, and they did not understand the gravity of the case. Neither, apparently, did Danske Bank’s executive management when they handled what ended up being a case about money laundering.

A case, which Christoph Ellersgaard has analysed. And according to him, greater diversity among the top-executives might have set off the alarm in the boardroom, when the annual accounts showed that a relatively small branch was able to generate what amounted to 10 per cent of the bank’s overall profit.

“They should have had someone at the top-level who asked all the annoying questions. Which was also the case, when the bank launched its campaign, ‘New Normal’, which was completely out of step with public sentiment. Nobody in their executive management was able to read that right either,” the researcher points out.

Diversity is about more than gender

Christoph Ellersgaard emphasises that the lack of diversity in society’s elevated circles concerns not only gender:

“I cannot point to one single larger Danish company with a board member who grew up in Denmark with a non-Western background. And among the hundreds of recurring faces in the boardroom networks I have mapped out, there is only one person who mentions a same sex partner. And as opposed to the gender issue, it is much more difficult to set concrete goals for ethnicity and sexual orientation,” the CBS researcher points out.

If top-executives do not socialise with people who have a different background to their own, the lack of diversity can become a problem on several levels.

Recently, he commented on a survey where the daily financial newspaper, Børsen, had looked at the 558 board members and executive managers in charge of banks in Denmark. None of them were Danish with a non-Western background.

“There are no role models who can show the way to the top-level in Danish businesses, and we risk losing talent. If top-executives do not socialise with people who have a different background to their own, the lack of diversity can become a problem on several levels. Internally in the company, where managers will have difficulties understanding their staff. And externally, in terms of cohesion with the surrounding society,” Christoph Ellersgaard says.