Mikkel Flyverbom is Professor MSO at the Department of Management, Society and Communication at CBS. His research examines digital changes, datafication and transparency in organisations with a particular focus on the relationship between technologies and society. Mikkel Flyverbom is also a member of The Danish Council of Data Ethics as well as the Danish Government’s Digitalisation Partnership and he has made recommendations for a new national digitalisation strategy. Since 2018, he has written a tech column in the national broadsheet, Politiken. 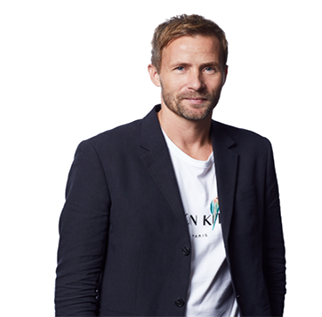 If we do not learn to understand the logics and pitfalls that data-driven systems bring along, the ethical and societal consequences may become insurmountable, says CBS Professor Mikkel Flyverbom. 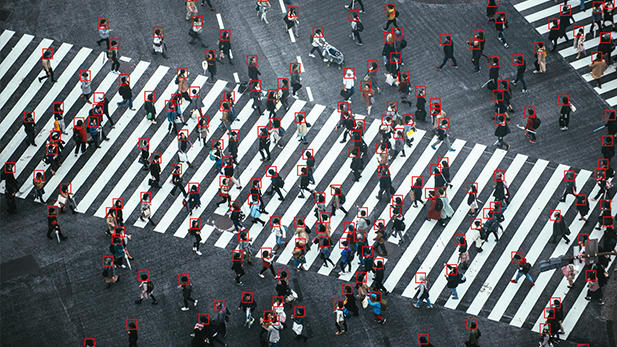 Companies like Google, Amazon and Facebook have a massive presence in our lives. They offer everything from news, information and debates to entertainment. This has a great impact on democracy and on our perception of the world. And yet, for years, the entire digital field has been considered low status – among both politicians and citizens. One of the reasons for this is that we are unable to size up how the data-driven systems and platforms function and which new conditions they create.

This is what Mikkel Flyverbom, Professor MSO at the Department of Management, Society and Communication at CBS and member of The Danish Council of Data Ethics as well as the Government’s Digitalisation Partnership, believes. He hopes that in the future, digital development will get a lot more political attention.

Alongside climate change, digital technologies are currently our greatest political challenge. They have far-reaching consequences in terms of how we understand our society and ourselves as human beings.

However, whereas it is possible to talk about rising water levels and temperatures in the climate debate, it is much more difficult to turn digital technologies into a politically hot potato, according to the professor.

“Getting politicians involved in the digital field is extremely difficult. Because as opposed to building a bridge between two islands, where it is very clear what the money has been spent on, the same investment in better digital infrastructure will be completely invisible to the naked eye, and individual citizens will not be able to feel the difference in their everyday lives.”

Too much focus on tech giants creates blind spots

Yet, Mikkel Flyverbom still acknowledges that much has happened over the last few years. When he began his career as a researcher back in 2002, hardly anybody talked about the political dimensions of the Internet, as opposed to today, when the big tech companies’ irresponsibility alongside an increasing uneasiness about surveillance has made it clear to most people that regulations are indeed called for.

According to Mikkel Flyverbom, it is quite obvious that tech companies and their commercial power must be regulated. However, he sees a tendency towards focusing too much on the tech giants and their business models. He believes that the problem is much more extensive than Facebook’s apparent lack of concern with data ethics.

Right now, we are witnessing a series of examples of how many of the same technologies used by the tech companies weave into other parts of our society. Into the public sector, into our organisations and into our companies. Even if we managed to get rid of Google and Facebook, the same ways of working with, for instance, data, will continue to exist.

One example of how data-driven control systems have weaved their way into our working lives was revealed in the nemlig.com case, when it surfaced that the supermarket chain monitored their employees’ efficiency via a digital logistics system. And according to Mikkel Flyverbom, the same logics are showing up everywhere. Also, within our welfare system.

“If we do not understand how the technological processes within these platforms work, and if they are allowed to enter the rest of our society, we will be facing problems that are far greater than not feeling well because of spending time on Instagram or Facebooks’ effect on our shopping habits. Then we will suddenly be facing problems that concern our democracy and all of our institutions in a broader sense.”

“By way of example, citizens will not be able to log out of the public sector like they are able to on social media, and this becomes a problem if our decisions about whom we vote for are influenced in hidden and opaque ways.”

Research must help us decide

And it is exactly the tendency to overlook the very fundamental technological changes that constitute the point of the departure for Mikkel Flyverbom’s research. He wishes to clarify which machines are at work within the companies that draw on data and work with algorithms.

“The debate about tech giants and the surveillance capitalism* that they bring along is most definitely important. However, if we only focus our efforts on talking about them, we miss the point,” Mikkel Flyverbom says, and then continues:

“I hope that my work can help clarify that this area has numerous political and societal consequences. We need a common language and new terminology in order to understand how the digital logics weave into our society, and until we have that, we cannot decide on which organisations we wish to build, or which type of working life, indeed which type of life we would like to have in the future.”

Despite the long list of digital challenges, Mikkel Flyverbom also acknowledges that there is reason for optimism. Because the more research, the more regulations and the more policies we get, the better we will be able to make decisions and ask critical questions.

If you look around you, several stories point to the fact that our critical sense of, for example, cheap Chinese solutions and big American corporations have been strengthened. By way of example, TDC decided against continuing with Huawei as their network supplier, because they could not protect themselves from espionage from China. Instead, they chose a Nordic company to expand their network.

In this way, we see a movement towards better conditions for European and Nordic tech companies, where platforms and systems are subjected to new demands such as users being able to move data from one platform to the next or being able to have their data deleted, among other things. And despite the fact that the idea of a European or Nordic Facebook may seem a little farfetched, Mikkel Flyverbom believes that we are slowly becoming able to imagine social media platforms provided by Europe rather than Silicon Valley.

It takes courage and maturity to make data ethical decisions

One question that pops up is where to begin to set in, in a Danish context. Denmark has many financial and democratic resources, and thus, also the opportunity to be at the forefront in this field. But what does it take in terms of our politicians and ourselves if we are to create a gold standard for data ethics?

“Over the next few years, we must pluck up the courage to engage in the difficult discussions about security, private life and ethics. How will it influence citizens if the work carried out in the municipalities becomes data-driven? How will it influence our society and our democracy that we have allowed private players to install most of our communications environment?” asks Mikkel Flyverbom, who has a distinct hope for Denmark’s future data ethical standard:

“It is my hope that our politicians will take this area much more seriously and perhaps even practice a higher degree of data ethics themselves. We still see many politicians, who on the one hand are very angry at tech giants, while on the other hand, they overtly use the same platforms to communicate. So, there is a lack of maturity and perhaps also a lack of courage to take the first step forward and say that we will now show the way.”

* Mikkel has recently contributed to a chapter on “The Influencer State” for the book, From Welfare State to Surveillance State, which is released on December 15th. Alongside the book’s co-authors, Mikkel will present his perspective on the implications of public digitalisation.

* Shoshana Zuboff is an American researcher and author, and an Honorary Doctorate at CBS. Among other things, she has written the bestseller The Age of Surveillance Capitalism, whose main point is that tech giants have taken control and turned our data into their property in order to make money.