A podcast for those who are curious and keen to understand exactly how our world and societies work. 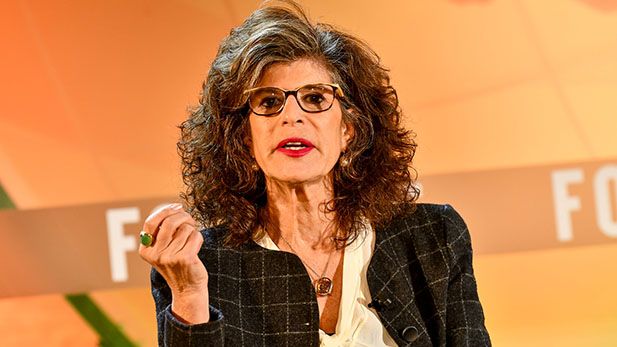 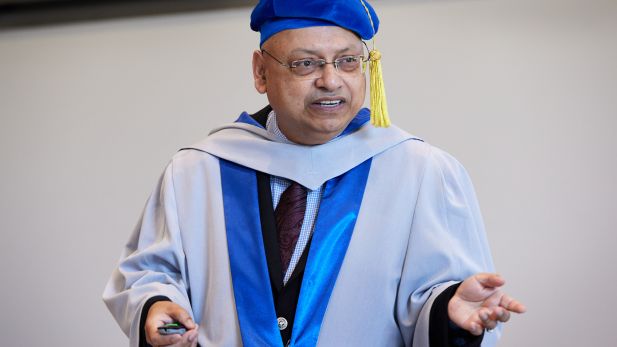 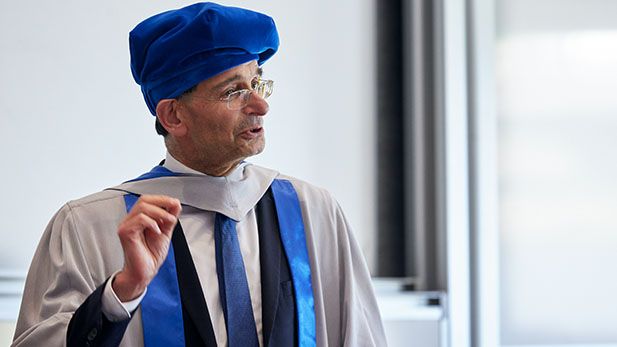 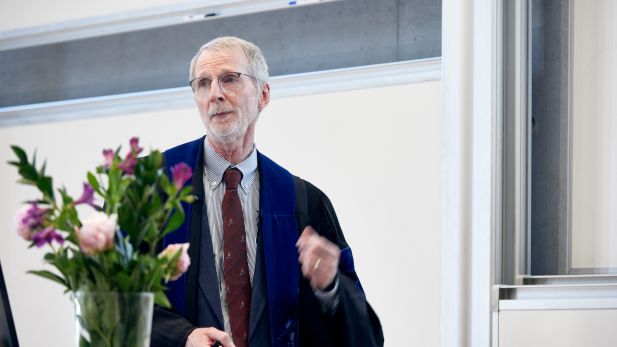 In a new CBS podcast series, we turn the spotlight on CBS Honorary Doctors and ask them what their research tells us about the world today?

‘In honour of’ is the name of the podcast series where we get to meet some of the most renowned scholars in the world. What motivates them? And what will be the next big question they will pursue the answer too?

All episodes will be in English

Episode 1 and 2: An interview with Honorary Doctor Shoshana Zuboff about how digital transformations impact our democracies and institutions

In the first and second episode, journalist Bente Dalsgaard interviews Professor Emerita at Harvard Business School, Shoshana Zuboff. Zuboff is one of the world’s leading social scientists in her field. A renowned scholar, public intellectual and speaker, she is globally recognized for spearheading and shaping the critical debate on the consequences of digital transformations, presented in her book “The Age of Surveillance Capitalism”. In both episodes she unfolds the many dangers and dilemmas related to the digital transformation’s impact on our democracies and institutions.

Episode 3: An interview with Honorary Doctor James Tybout about globalisation’s impact on business and workers

In the third episode of the podcast, we get to know James Tybout, Professor of Economics at Pennsylvania State University. Tybout is one of the leading experts on the effect international trade and globalisation have on the well-being of workers and firms. In this episode, James Tybout talks about how globalisation has impacted business and workers. He argues that the price of globalisation is not something that can be collapsed into a single statistic, yet the rise of technology and automation in trade has generated a polarisation in global job markets between the low-skilled and high-skilled workforce.

Episode 4: An interview with Honorary Doctor David Larcker about the changing face of corporate governance

The fourth episode focuses on Professor David Larcker, who is Director of Corporate Governance Research Institute, Stanford University. In this episode, Larcker examines organisations’ choice of performance measures and compensation contracts as well as how you design highly effective governance. Having worked in this field for the last forty years, he argues that the system by which companies are directed and controlled is changing, and that a once simple bonus package for executives has become overcomplicated and is now a polarising societal issue about pay compensation and wealth inequality.

Episode 5: An interview with Honorary Doctor Colin Mayer about what is the true nature of business?

In the fifth episode of ‘In honour of, we get to know Colin Mayer, who is Peter Moores Emeritus Professor of Management Studies at the Saïd Business School at the University of Oxford. In this episode, Colin Mayer discusses the fundamental objectives of why businesses exist, and what, as a society, we need their function to be? He argues that the purpose of business is to solve problems, profitably, and that intrinsically, it needs to have an interest in us and the natural world to succeed and prosper.

Episode 6: An interview with Honorary Doctor: Suprateek Sarker about digitalisation and the implications for the individual, for organisations and for society

In the sixth episode, we get to know Professor Suprateek Sarker. Professor Suprateek Sarker is Rolls Royce Commonwealth Commerce Professor of Information Technology at the University of Virginia’s McIntire School of Commerce. His work is in the field of Information Systems, focusing on topics such as data management and business intelligence and transformation of digital organisations. In this episode, Sarker talks about the trends in digitalisation and the implications for the individual, for organisations and for society.

Wanda Orlikowski is a Professor of Information Technologies and Organization Studies at MIT's Sloan School of Management. Her research examines technologies in the workplace, with a particular focus on how digital reconfigurations generate significant shifts in organizing, coordination, and accountability. She is currently exploring sociomaterial practices in digital work. Wanda Orlikowski has spent her whole research life studying digital phenomena that change organisations and work practices. We talked to her about her motivation, what her research tells us about the world we live in, and what next big question she will pursue.