Attila Márton, Associate Professor at the Department of Digitalization, is a digital ecologist, studying the digitalisation of core social phenomena at the intersection of sociology and information management. His main purpose is to propel eco-systemic thinking to make digitalisation serve humanity. To this effect, he is currently exploring the co-evolutionary dynamics between platforms and their respective ecosystems, the political ecology of digital labour and AI, the sociology of digital knowledge and forgetting, and the re-decentralization of the internet.

Attila Márton will facilitate a debate at the Digital Tech summit on Wednesday, December 1st, about responsible digitalisation. 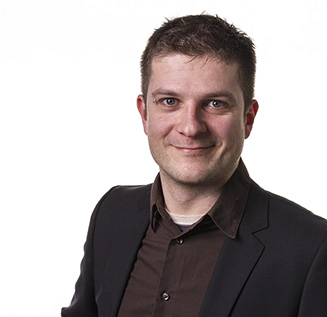 Alongside the many advances and benefits that digitalisation has brought along, there have also been fake news, addictive apps and the polluting of our social discourse. Associate Professor Attila Márton from the Department of Digitalization at CBS gives his view on how we can deal with what he calls digital trash. 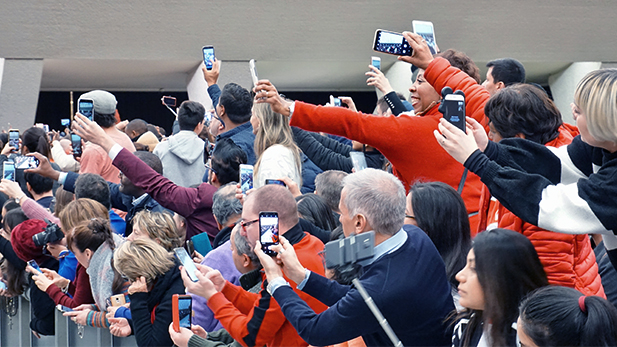 If you travel by train or metro and take the time to look around, you will discover that almost all passengers are looking down at their phones. This scenario could be considered a smartphone dystopia, but according to Associate Professor Attila Márton, the issue that is even more disconcerting than our high consumption of smartphones and technology is the rapid evolution of a new business model.

“The apps in our phones are designed according to the same design principles as gambling machines. They are designed to capture as much value as they can in every single second of our lives. When you wait for the bus or you pick up your children, you can create value by going online and hitting the like-button for a photo, or selling a piece of clothing on a reseller app,” Attila Márton explains.

The need for public awareness

According to the CBS researcher, we are in urgent need of a public debate about the negative implications of digitalisation. When he started his research career back in the mid-1990s, all eyes were on the possibilities of digitalisation, which was also Attila’s point of departure.

The tipping point for the change in his research was a breaking news story on how Facebook was experimenting with whether or not they could manipulate the emotions of its users.

“Facebook ran an experiment to see if they could manipulate us – and surprise, they could! For me it was the tipping point, because it showed that this was not just about cute cat videos.”

Today, we see a range of negative implications surrounding digitalisation which Attila Márton terms digital trash. Among other things, digital trash comes in the shape of fake news and addictive apps, and it pollutes our social discourse, which may ultimately have disastrous consequences. Facebook, for instance, has been polluting our information environment for decades, which has resulted in the polarization of US politics and the genocide of the Rohingya minority in Myanmar, to name just a couple of examples.

These implications are well known amongst academics, tech leaders and policy makers. What is lacking, is increased public awareness to fuel an urgently needed public debate and policy change, Attila Márton states.

From CBS students to digital ecologists

When referring to digitalisation, the professor includes not only information and communication technology, but the way that digitalisation creates new means of value capture and labour exploitation. In this regard, he considers digitalisation a continuation of industrialisation.

“With all the advances and benefits that industrialisation has brought to society, it has also resulted in toxic developments of eroding habitats and exploitation of the underprivileged.
The same is true for digitalisation,” Attila Márton says.

Over the last five years, Attila Márton has been leading the formation of a new interdisciplinary research field called digital ecology. Using ecological principles and methods, its purpose is to trace and counter the displacement of the negative effects of digitalisation in whichever shape they may appear – be it environmental, psychological, economic or social.

In addition, Attila Márton has started to teach digital ecology in an MSc course at CBS. He wants to teach his students to see digital technologies in an ecological setting as part of an ecosystem.

“We have to understand that there are ecological limits to our behaviour. We are part of this world, we don’t just live it. This includes our ideas and institutions. So, having bad ideas, such as maximizing profits no matter the consequences, pollute our ecological environment,” Attila Márton says.

Super computers against our monkey brains

It is for the abovementioned reasons that Attila Márton’s research has been focused on depicting the effects of digital trash. According to the professor, it is now time to look into how we can deal with the issues, as there is no one-fits-all solution to this.

Governments and regulators play a major role in limiting any potentially negative consequences of these technologies, but according to Attila Márton, regulation is only a quick fix. In the same way, Attila Márton does not believe that it is up to the individual to tackle the digitalisation challenge. However, when asked to share advice on how to handle the changes associated with digitalisation, he believes we have to start by acknowledging that we are not rational.

We like to tell ourselves that we are rational human beings. But we are not! We have monkey brains, which evolved to survive and not to be rational. And that is why these apps work so well, because we do not believe that we can be tricked so easily. But we can, Attila Márton states and then elaborates:

“Whenever you go online, it is your monkey brain against a super computer, and you will lose more often than you will win. This is the new dynamic of our phones – it is watching us watching the screen – it learns, and if it does not get you to watch another YouTube video now, it will get you the next 99 times.”