Your degree is a tattoo – so are CBS’ rankings important?

CBS has just jumped 18 places in the Financial Times European Business School Rankings and is now, according to Financial Times, placed as 33rd among the best business schools in Europe. For an alum, where you took your degree follows you for the rest of your career. In Dean of Education Gregor Hallf’s opinion, alumni and CBS build the reputation of the University together. 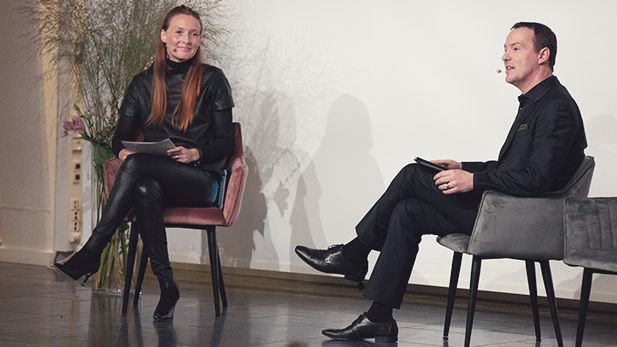 ”I wanted to study the development of personal leadership, entrepreneurship and CSR. I got all three of them at CBS”. This is how one CBS graduate praised the programme’s diverse content in Financial Times’ article about their latest annual ranking of European business schools.

CBS jumped 18 places in Financial Times’ rankings and is now number 33 among Europe’s best business schools, which is the school’s highest placement ever. The major leap forward owes to CBS’ reappearing in the global Executive MBA ranking and having entered the Global MBA ranking for the first time this year.

Benchmarked against the other Nordic business schools, CBS took the highest leap. Norwegian Business School is four places down and now 37th, while Stockholm School of Economics is up two places and still higher than CBS in the 25th spot.

High signal effect, but not a job guarantee in Northern Europe

In CBS’ corporate news article about the ratings jump, CBS’ Dean of Education, Gregor Halff, commented: “We are in excellent company of other leading universities in Europe. CBS in place no. 33 shows that we are taking the right decisions about the quality of our programmes. As such, we can attract prominent professors and promising students that strengthen our ties to business and society.”

But what do CBS’ ranking results do for our alumni – if anything? We asked CBS’ Dean of Education, Gregor Halff about their importance for both CBS and our alumni.

- High rankings have a strong signal effect. For alumni, having a degree from a specific university is a tattoo; it will be part of their professional identity forever, so signals that indicate a high quality education are important, is Gregor Hallf’s answer.

This answer, however, comes with qualifications. In Northern Europe, just coming from a highly ranked university will not immediately turn into better job prospects as it would in the US, the UK and Asia.

- I actually find it fortunate that in Scandinavia it is more important how well you did than where you were educated, comments Gregor Halff.

CBS’ focus on job opportunities rather than salary jumps

As dean of education, Gregor Halff points out that not all of the criteria, rankings are based on, would make sense for CBS to try to compete in:

- We’re not competing for the same students as the business schools in USA, Asia and the UK, where the motivation for paying for and taking an MBA is a very fast return of interest. We get a different type of customers taking an MBA at CBS – people interested in the Scandinavian school of management and leadership, public responsibility and sustainability, he maintains and notes:

- For CBS, graduates having greater job opportunities afterwards is relevant, while their getting huge salary jumps is not.

Gregor Halff points out that Financial Times doesn’t just look at the students’ income after graduation, they also rank on factors like the number of female teachers in the faculty, sustainability and diversity, giving them the potential to drive progress too.

- In my opinion, CBS should actually take part in fewer rankings – and then make an effort to live up to best practice in those areas. We need to ask ourselves why, we are trying to compete in a specific ranking. If we don’t know, we shouldn’t. If we do, we should do as well as possible – with due regard to doing so in balance with living up to our broader duty as a public university, recommends Gregor Halff.

Rankings should be used selectively and strategically

Gregor considers CBS’ placements in the different rankings quite reasonable given our charter from and responsibilities to society. His focus is more on how we can use them as the best possible tool for development.

- CBS’ rankings overall show us that there is certainly room for improvement, as long as we never forget our full range of duties to society as a whole. We will never be able to compete with narrowly focused, strongly ranking oriented business schools – and we should not. At the same time, we should also never give up the ambition to do well overall, says Gregor Halff and .

- We can, however, use our placement in rankings as a quality control to a certain degree. If we drop in a ranking, we can examine the factors we are slipping on and find out if those are actually something that we consider qualities. Used properly, rankings can be a good strategic tool.