Strengthen your skill set and network with continuing education

Women should take the head of the table

For several years CBS Executive has offered the management programme Leading Women, which equips women to follow their career ambitions. But why is this programme needed, what do the participants gain from it, and can women train themselves for top jobs in this way? We posed these questions to programme director, Louise Rygaard Jonas. 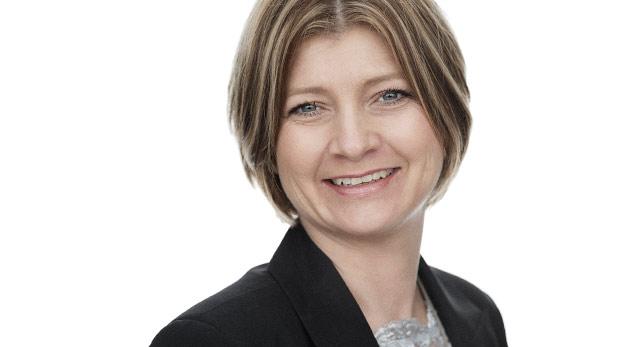 It is this imbalance the management programme Leading Women aims to correct.

- Research shows that getting more women into management positions requires two things: 1) working with the organisational culture to promote the ability to spot and accommodate talent in both men and women, and 2) offering education specifically for women. This course makes women more aware of the ideas about gender and management that live in organisations and in women’s own minds; ideas that create barriers for women to be spotted or take the lead on getting a management career, explains Louise Rygaard Jonas.

Take the lead
She has been Programme Director for Leading Women for several years. The three-day course is held a couple of times a year. The programme focuses on providing women with a number of tools and tips to help them gain influence and climb the organisational ladder. And it is a broad range of themes; from the importance of a career plan and education to conflict management as well as verbal and non-verbal communication.

- I challenge the participants about whether they take the head of the table or not at meetings. It's about staging your position. Taking the head of the table is a cultural signal as to who has the final say, or who is in charge - like the family patriarch, who is traditionally seated at the head of the table. These are the societal gender patterns that are still subconsciously living in the organisation, and are also in play around the table in the meeting room, explains Louise Rygaard Jonas.

This and other tools and advice are in demand; courses are full every time they are held and they attract many foreign participants.

- We are glad to see really good evaluations from participants. We recently did a survey and found that 72 per cent of participants have been assigned more responsibility after the course. Either through moving upwards in their organisation, finding themselves in charge of more employees, or being assigned more business responsibility, explains Louise Rygaard Jonas.

Women only
The course caters exclusively to women. That may seem self-evident as the course is named Leading Women, but Louise Rygaard Jonas believes parts of the course would be just as relevant to men. But the course would not have the same dynamics of openness and exchange of experience that participants  currently benefit from.

- The participants are incredibly open on these courses. They discuss a lot of dilemmas and challenges that the women need to address to move forward in their careers. This way, they get an outsider's view of their problems while also expanding their network and gaining specific tools, says Louise Rygaard Jonas.

An important part of the course is the exchange of experience among participants. It is a very broad field and participants are of different ages, from different industries and different countries, and these differences are important in the context that participants will come to realise that many of the challenges they face are similar.

- Many participants have an 'aha moment' where they realise that they are not the problem. And that a 30-year-old experienced project manager dreaming about her first managerial position may be facing the same challenges as a 50-year-old, who is head of 100 people. This is a learning experience for everyone; to realise that the problem is not them or their specific workplace - these are general problems to which there are solutions, says Louise Rygaard Jonas.

A relatively new initiative is the mentoring process after the course, where participants are coupled with a mentor in a board or top managerial positon in a Danish or international business.

From career ladder to career grid
When asked what she believes keeps women from getting the top jobs,  Louise Rygaard Jonas points to several factors.

- They say women have two slumps in their career. The first is when women fall behind in the career race because of maternity leave and kids, which means slowing down, and the other is when they're in their 40's in a mid-level management position, and find that they can't move up - they bump their heads against the glass ceiling, says Louise Rygaard Jonas.

And this is where Louise Rygaard Jonas believes that businesses in their career ladders leave no room for women to take maternity leave, because they are outcompeted in the meantime by colleagues who are not on leave. She believes we need a more flexible view of what a career looks like.

- We have a very fixed idea about when you make a career - it's in your 30's, when a lot of women are taking maternity leave. We need more flexibility in our view of making a career for oneself. Think of it less like a ladder and more like a grid, where you can step back into the career path and be viewed as a potential candidate at a later time, once the kids are older and you have time and energy again. As things are, we are missing out on a lot of competences.

Strengthen your skill set and network with continuing education