For many of us the holidays are the time where we finally have time to read books. For that reason, CBS Alumni has asked three CBS scholars to recommend reading material for Christmas. Take a look at what Dean of Research Søren Hvidkjær, Associate Professor and Inequality (BiS) platform Academic Director Birthe Larsen and Professor of Strategy and Innovation Louise Mors recommend. 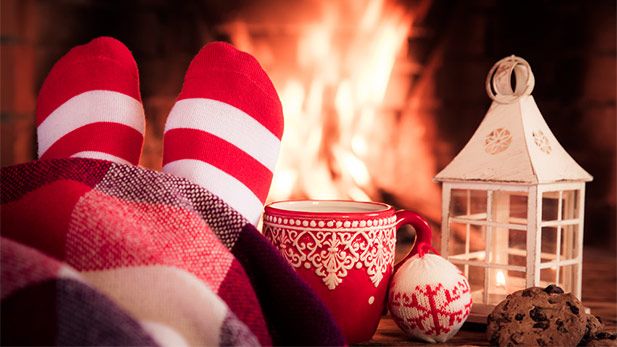 Søren Hvidkjær, Dean of Research and Professor of Finance

Søren Hvidkjær is still fairly new as CBS’ Dean of Research but has been a professor and department head here since 2008. His research focuses on issues in investments, including empirical asset pricing, market microstructure and behavioral finance. He has published in the leading academic journals in his field and is a recipient (with David Easley and Maureen O’Hara) of the Journal of Finance Smith Breeden Distinguished Paper Prize. Before joining CBS, Søren was associate professor at INSEAD and was previously associate professor in the R.H. School of Business at the University of Maryland. 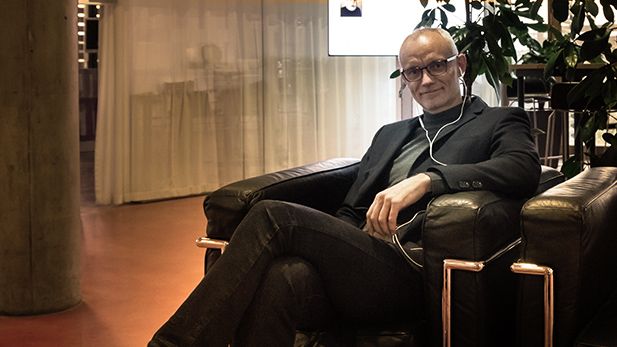 Greg Lukianoff and Jonathan Haidt: ‘The coddling of the American mind: How good intentions and bad ideas are setting up a generation for failure’ (2018)

I just finished reading this insightful, but slightly unsettling book. It is one of several books that I am reading to get a better understanding of the rise in identity politics and populism. The book lays out how an ever-increasing focus on protecting kids from adversity has led to a young generation in America that, no surprise, is ill-prepared for the adversity and opposition that life inevitably brings.

One of the results has been several violent clashes on American college campuses. Having raised two kids, partly in the U.S. and partly in Denmark, there is little doubt to me that the tolerance for allowing kids to face adversity is higher in Denmark. Still, few developments in American culture fail to reach Europe, and the Danish term “curling parents” indeed indicates a similar trend in Denmark.

Fortunately, understanding these developments and their psychological underpinnings allows us to counteract them, and the authors provide sensible antidotes for parents, schools, and universities.

Actually, I haven’t yet finished reading this book, but I cannot make book recommendations without mentioning Steven Pinker. His earlier books such as ‘How the mind works’, ‘The blank slate’ and ‘The better angels of our nature’ have all been greatly inspiring to me.

‘Enlightenment now’ follows ‘The better angels of our nature’ in documenting improvements globally in life quality along a number of dimensions, such as safety(!), health, peace and prosperity. His insistence on quantifying trends effectively counteracts many alarmist narratives.

While we face enormous challenges in especially global warming, we should not ignore the progress made. And Pinker argues that the Enlightenment values of reason, science and humanism drive much of this progress.

Pinker’s books on language are also a treat. His earlier books can be rather technical, but his 2014 book, ‘The sense of style’, is an eloquent and accessible style guide that is invaluable not just for researchers, but for anyone who writes memos.

‘The Knowledge Project’ with Shane Parrish, ‘Waking Up’ with Sam Harris, ‘Econtalk’ with Russ Roberts and ‘FoundMyFitness' with Rhonda Patrick are all deeply insightful podcasts, that I highly recommend listening to. In these, the hosts interview remarkable people on a wide range of topics, such as running successful companies, psychology, economics, politics, and the latest research on improving your health.

The podcasts are often a couple of hours in length, allowing for in-depth discussion. And with variable speed on the player, I usually listen a two-hour podcast in 70-80 minutes. As the interviews often are based on a recent book by written by the guest, they provide excellent introductions for further reading. Indeed, these days I buy most of my books based on podcasts.

Birthe Larsen has recently become one of the two Academic Directors for CBS’ Business in Society Inequality Platform. She holds an MSc in Economics from London School of Economics and subsequently did her PhD in Economics at University of Copenhagen. She has spent longer research periods at IIES (Institute for International Economic Studies at Stockholm University), Melbourne University in Australia and Insead in France. 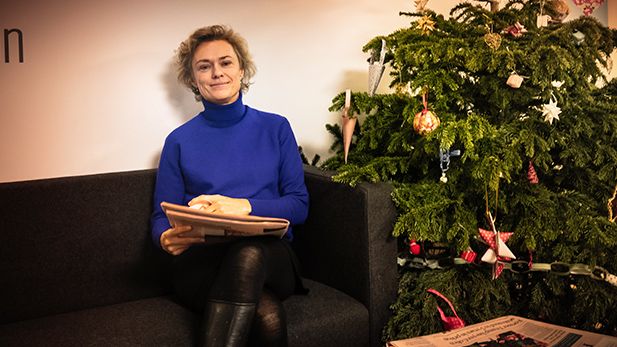 The most fascinating book, I have read during recent years is ‘Purge’ by the Finish author Sofi Oksanen. It won the Nordic council literature prize in 2010.

It takes place in Estonia during the Soviet Occupation, and nothing is what it seems to be. As the story unfolds, it is revealed that the one you thought was innocent is not, and what you thought was the predictable main story is just a small brick in a much bigger unpredictable story.

This book is harsh and illustrates the cost of survival in a repressive system in a very convincing way. If I should recommend just one book, it would be this one.

Almost as fascinating is David Grossman’s: ‘To the end of the Land’, which tells the story about Ora who leaves her home in Jerusalem in order to walk across Israel, intending to flee the ‘notifiers’ who might arrive to inform her that her son is dead while serving in the army.

This is also a story where several important things are revealed during the book, but the reason it means so much to me is that it reminds me of my childhood. A childhood where I found peace walking between places, where no one could track me and potentially notify me of the death of my mum, who was hospitalised for about a year shortly after my father died.

The final book on my list is ‘A fortunate man’ (Lykke Per) by Henrik Pontoppidan.

Pinker and Rösling almost make it onto this list. A common explanation behind efficiency wages is that in poor countries, you may be able to raise productivity of workers by increasing their wages and therefore improve their nutrition. Luckily, in fewer and fewer countries around the world, starvation is a huge issue. Therefore, Hans Rösling’s book: ‘Factfulness’ (2018) or Steven Pinker’s book: ‘Enlightment now’ (2018) were both so close to being the final book on my list of three books, because they both show us that the world is improving along almost all dimensions, and yet, a lot of people seem not to acknowledge this.

But I keep returning to ‘A Fortunate Man’. The main character is initially willing to do whatever it takes to become a famous engineer, leaving his background in a religious family and his father, a vicar, behind. The book reminds me that what you aspire to, and what therefore is important for social mobility, must include non-monetary things also.

To choose another path than your parents may be painful, as you turn away from whatever they stood for and what they gave you in life. The fortunate man, ‘Lykke Per’, ended up living in western Jutland, where I grew up. Lonely, but happy. Every time I read it, it makes me wonder about what it takes to find true happiness in life.

Louise Mors is a Professor of Strategy and Innovation at CBS She has an international background; having lived, studied, and worked in Sydney, Oslo, Paris, London, San Francisco, Boston and New York. Her Master’s degree in Business and Economics is from BI in Norway, her PhD is from INSEAD in France, she spent time as a post-doc at the Sloan School at MIT and was an associate professor at the London Business School. Before pursuing her academic career, Louise Mors worked as an independent management consultant. 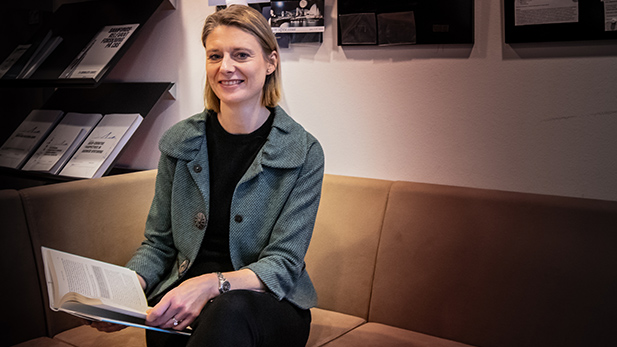 Focusing more. Doing better by doing less, but obsessing over it. Learning to say no. Passion and purpose in your work. These are just some of the key takeaways from this book.

Morten Hansen studied 5,000 managers and employees to understand why some people perform better at work than others. In a time when we are often overloaded with information and pushed to continuously do more, this is a refreshing look at how you might become more efficient at work.

At the core, it is about how you can work smarter – not more – to perform better. The book provides nice examples from the study and key insights at the end of each chapter. I particularly like the conclusion that performing better does not require more work. And by working smarter, we are also likely to get more enjoyment out of our work and life.

Kadushin’s book is a good introduction to social networks. Particularly if you want a little deeper understanding that goes beyond layman terms. Social networks are important for understanding organizations and the interactions that happen not only between employees, but also with other firms and people outside the firm’s boundaries.

This book describes why networks are important and how we can use network theory and analysis to understand individual and organization networks better. It also gives a good introduction to the main theories and empirical findings in this area. This is a nice read if you prefer a slightly more academic approach.

Jay W. Lorsch (ed.): ‘The future of boards: Meeting the governance challenges of the twenty-first century’ (2012)

This book is a compilation of chapters primarily by faculty at the Harvard Business School. The chapters touch upon some of the most important issues faced by directors in boardrooms including strategy and succession.

As one would expect from Harvard Business Review Press, the book provides good and current examples and suggestions for how to deal with potential challenges the board might face. Each chapter is written by a different expert, and so they vary a bit in style.

The book deals well with the role of the board and in particular the important relationship between the board and the top management team. I have found this book easily accessible and currently use it in both my teaching and my research.