For many of us the holidays are the time we finally have time to read books. For that reason, CBS Alumni has asked three CBS scholars to recommend academic texts within their field for Christmas. Take a look at what Professor in in Financial Economics Lasse Heje Pedersen, Professor in Strategic Human Resource Management Dana Minbaeva and Professor in Organizational Philosophy Bent Meier Sørensen recommend.

Lasse Heje Pedersen is a leading international researcher in financial economics, conducting research on the drivers of the returns to stocks, bonds, and other securities. He has served on the New York Fed’s Monetary Policy Panel and the Economic Advisory Boards of NASDAQ and FTSE, and he has received a number of awards for his work, including the Germán Bernácer Prize for best economist in the EU aged under 40 and the Danish Education Ministry's Elite Research Prize in 2015. 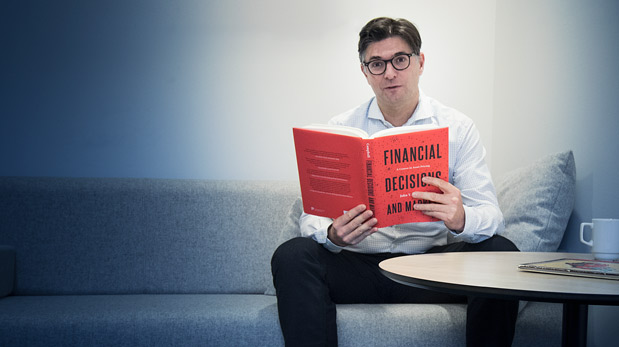 A Man for All Markets: From Las Vegas to Wall Street, How I Beat the Dealer and the Market
by Edward O. Thorp (2017)

One of my role models is Ed Thorp, since he has combined academic insights and real-world applications in a brilliant way – he has more book smarts and street smarts than most. He has written a fascinating autobiography where he explains how he grew up, became a math professor, invented card counting in Blackjack, built the world's first wearable computer in the 1960s to win in Roulette by figuring out where the ball will land (to understand how impressive this is, note that beating Roulette is still not an app on your Apple watch, half a century later, as far as I know), and figured out how to beat the financial market using math and economics (more specifically, convertible arbitrage, quantitative equity strategies, and more).

Peak: Secrets from the New Science of Expertise
by Anders Ericsson, Robert Pool (2016)

There are plenty of “self-help books” out there, but here is one that might actually work for you. The book basically tells you how to become good at almost anything, written by one of the researcher behind the so-called ‘10,000-hour rule’, popularized by Malcolm Gladwell’s ‘Outliers’. Hint: excellence comes not just from the number of hours that you practice, nor does it just come from birth – it comes from “deliberate practice”.

The Undoing Project: A Friendship that Changed the World
by Michael Lewis (2017)

Michael Lewis immediately established himself as one of the world’s best writers of finance and economics for the popular audience when he wrote his first book, ‘Liar’s Poker’. This book taught me a lot about finance and I used to play Liar’s Poker with my professors at Stanford University. Lewis just wrote a new book about how some Israeli professors started research (which eventually won the Nobel prize) on how people make decisions (hint: it’s not all rational), how they did it, and how the research is used.

Financial Decisions and Markets: A Course in Asset Pricing
by John Y. Campbell (2017)

Dana Minbaeva is a Professor of Strategic and Global Human Resource Management and incoming CBS Vice-President for International Affairs. She has received the FUHU Teaching Award, the Tietgen Prize 2008, the Jorcks Research Prize, and the prestigious JIBS Decade Award for the most influential paper published in the Journal of International Business Studies ten years prior. She is also the founder of the Human Capital Analytics Group at CBS. 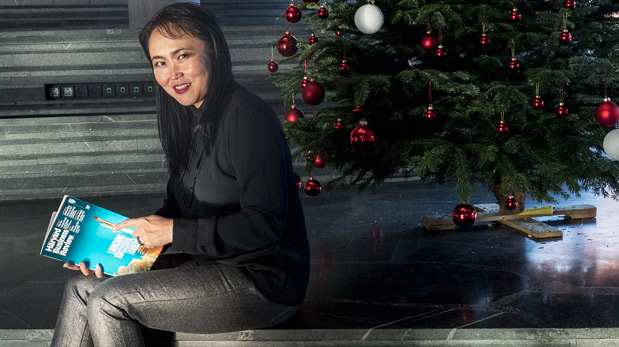 Someone said, “Books are more factual while magazines are more actual”. In my world, the most actual one is Harvard Business Review (HBR). Obviously HBR is written for a certain audience, by certain people. Articles are often predictable in its conclusions and too much action orientated. But HBR deals with current issues and challenges that interest me, and it has a good editorial team working hard to ensure a good quality.

This year, my favorite issue is (conveniently) the one from November-December. And here is why. First, the end of the year issue publishes the list of the best-performing CEOs in the world. And although there are not so many surprises (though the article about Novo’s Lars Sørensen in 2015 was a pleasant surprise), it is always entertaining to read. This year, on the top of the list is Pablo Isla, the CEO of Inditex. Read his interview about being a 53-year-old CEO, attitude towards sustainability, a combination of technology and human touch.

Second, this issue has an interesting spotlight: ‘A manager’s guide to augmented reality’. The spotlight opens with an interesting read from Michael E. Porter and James E. Heppelmann. But before you start reading this article, download the free HBR Augmented Reality app from the App store or Google Play.

When you open the app, point your device at p.p. 46-47 or p.51. The main message of the article will become crystal clear: “While reality is three dimensional, the rich data we now have to inform our decisions and actions remains trapped on two-dimensional pages and screens”. Here is what’s going to happen.

Third, this issue has my kind of cover story: ‘Launching successful leaders: How to make sure your most promising people reach their highest potential’. The article is written by Claudio Fernández-Aráoz, Andrew Roscoe and Kentaro Aramaki.

The idea is not new: there was a similar cover story in 2014 ‘How to spot talent’ (hint: experience is overrated) centered around Claudio Fernández-Aráoz’s book ‘It’s Not the How or the What but the Who: Succeed by surrounding yourself with the best’. But there are two messages that I liked a lot in the last issue’s story: (1) you will never find perfect leaders, hence stop demanding high level in all competencies; and (2) you cannot have both: there will always be a trade-off between current competencies and future development potential.

More about Claudio Fernández-Aráoz’s book ‘It’s Not the How or the What but the Who: Succeed by surrounding yourself with the best’

Bent Meier Sørensen is Vice Chair of CBS’ Academic Council. His fields of research are organizational philosophy, entrepreneurship, management of creative industries and modern work life. He has held Visiting Professorships at Université Paris Dauphine, France (2014), Wollongong University, Australia (2014-15) as well as ) at University of Massachusetts, US (2017). 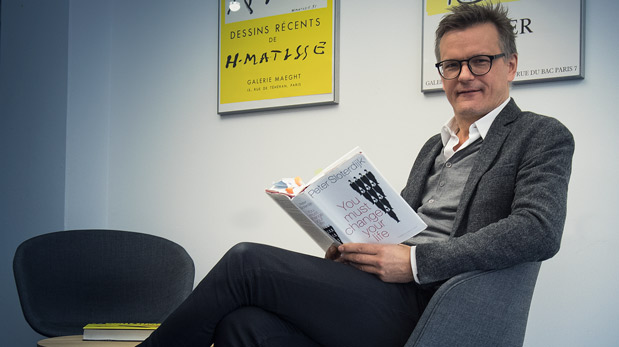 In Kaspar Colling Nielsen’s novel ‘Den danske borgerkrig 2018-24’ (‘The Danish Civil War 2018-2024’), Europe is again war torn, and as an aftermath to the financial crisis a Danish civil war broke out in 2018. Our narrator is, thanks to a complicated and extremely expensive stem cell program, almost five hundred years old, and virtually immortal. His decadent yet lively retelling of the history of Europe, the reasons for its breakdown and the prospects for the few immortals to escape boredom, forms the structure of this unique masterpiece of a novel.

The well fare state has of course already collapsed and left rich and poor worlds apart. Those worlds do, however, from time to time violently interfere with each other, as when guerilla warriors enter the whiskey belt north of Copenhagen in order to torture some random picked rich people in their own cellars.

While there is nothing laughable in the novel’s clear analysis of our times, the book will make you laugh, and it will also make you think. Without being heavy, it’s a philosophically well informed book – parts of which we may credit the author’s academic degree holding a MSc in Business Administration and Philosophy (cand.merc.fil.) from CBS.

You Must Change Your Life
by Peter Sloterdijk (2012)

Peter Sloterdijk’s You Must Change Your Life is a book about practice. In this sense, it follows the ‘turn to practice’ in organization studies that has been with us for some decades, much of it inspired by Heidegger and Bourdieu. But explicitly critizicing the latter, Sloterdijk takes his point of departure in the German author Rainer Maria Rilke’s poetic truth: Du mußt dein Leben ändern, ‘You must change your life’. Sloterdijk’s perspective is, in other words, an ethical one: there are good practices and there are less good ones.

In a time such as ours that celebrates novelty and innovation, practice is in no high regards. Repetition, praised by Kierkegaard, is considered dull and bureaucratic. The practice we should reinvent, then, the good practice, is the one that implies an attempt to become a part of a higher form of living. Such practices finds Sloterdijk in for instance monastic life, with its repetitious praying and working, ora et labora, through which a common life with God becomes possible. It is the same monastic life that the Italian philsopher Giorgio Agamben should go on to characterize as the highest and most developed form of life in our civilization.

If you are honest, it should be clear to you: You must change your life. Sloterdijk’s book is one fine place to begin such change.

We should remember not only to read brand new books. Many of them are just kitsch anyway, or parasites of older and better books. The most important philosophical book written in Danish in the 20th century is ‘Den etiske fordring’ by philosopher and theologian K. E. Løgstrup. It came out in in a complete English translation in 1997 with a foreword by Alasdair MacIntyre.

While the book seeks to rebel against both utilitarianism, Kantian ethics and Kierkegaardian existentialism, Løgstrup is at his best when he analyses the interpersonal life, always already given, before our conscious appropriations.

We never deal with anyone, says Løgstrup, ‘without holding some of that person’s life in his hand. It may be a very small matter, involving only a passing mood, a dampening or quickening of spirit, a deepening or removal of some dislike. But it may also be a matter of tremendous scope, such as can determine if the life of the other flourishes or not’ (slightly modified translation).

The ethical demand, then, is ontological: it is already given, silently and indispensible. One cannot live up to it, yet it still stands. Read Løgstrup and become a wiser person.