For many the summer vacation is when we finally have time to read books. For that reason, CBS Alumni has asked three CBS scholars to recommend academic texts within their field. Take a look at what Florence Villesèche, Sine N. Just and Jesper Rangvid recommend. 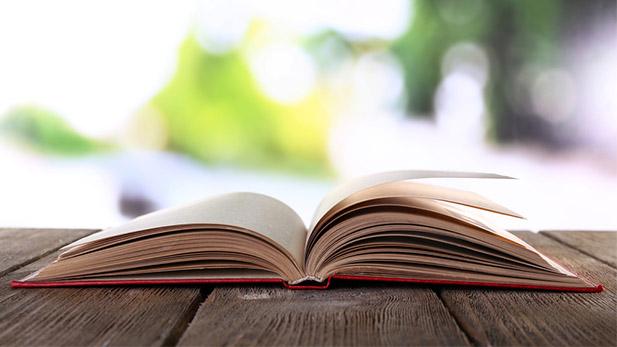 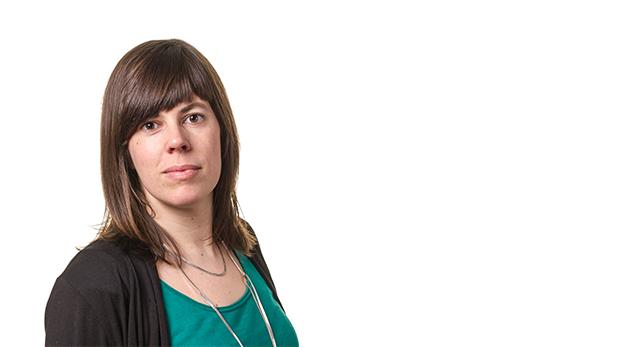 Florence Villesèche, assistant professor and Marie Curie Fellow. Department of International Management and Economics (INT), Cluster for Diversity and Difference in the Public-Private platform, and Center for Corporate Governance (CCG).

Florence Villesèches main research interests are networks, gender and diversity, institutional work, and identity. At CBS, she currently conducts an extensive research project on the role of networks for women’s access to board positions, for which she was awarded a Marie Curie Fellowship from the European Commission. Her published work includes book chapters for edited volumes as well as contributions to Human Relations, Equality, Diversity & Inclusion, Revue Française de Gestion and Management.

Men and Women of the Corporation (basic book 1977/1993 with a new postface) by Rosabeth Moss Kanter
An ‘unfortunately’ timeless classic of the management and organization literature, as change is not happening at the pace that can be wished for. More importantly, this is an illuminating book that is not only about the tip of the iceberg – i.e. the top of quoted firms – and explores how gender and power are intertwined at all levels of corporate and social life.

Getting Women on to Corporate Boards: A Snowball Starting in Norway (2013 hardback; 2015 paperback) by Silke Machold, Morten Huse, Katrin Hansen, Marina Brogi (Red.), Edward Elgar
This edited volume contains contributions from both academics and practitioners, and starts from the famous ‘Norwegian case’. It gives a good overview of European and international debates and realities around the topic of women on boards, both relying on quantitative evidence and on context-specific qualitative analyses.

Resistance to Change in the Corporate Elite: Female Directors’ Appointments onto Nordic Boards (2015, research article) by Gregorič, A., Oxelheim, L., Randøy, T. og Thomsen
A recent academic publication authored by professors from CBS and from the university of Agder that looks at Nordic data, and suggests that even if quotas or official targets are adopted, they will not be sufficient if the aim is not only to have more women on boards, but also to improve governance practices. 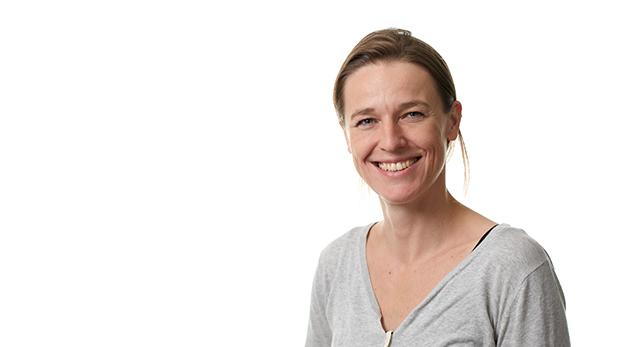 Sine N. Just is a communications scholar specializing in meaning formation and public debate. She is particularly interested in the correlations between broad societal issues such as political legitimacy and collective identity formation and specific communicative dynamics and language mechanisms.

The field of strategic communication is in rapid development - both in theory and practice. No matter whether one is interested in the theoretical or the practical side of the matter, large and strong forces like globalisation, sustainability and new technology contribute to setting the agenda and changing the terms of our understanding and practice of strategic communication.

One can study the correlation between strategic communication and one of the other tendencies in isolation:

In itself, this may sound like a radical re-thinking of what strategic communication is, but if you want to understand the full extent of the current changes, you have to look at the interplay between the different tendencies. Only then does it become apparent that beyond reformation of existing theories and practices, we need a new paradigm for how we think and do strategic communication. Here, I would strongly recommend a turn to the strategy literature, which seems to be a step ahead in the development of such a paradigm:

Beyond Strategy. The Impact of Next Generation Companies (2014) by Michael M. Andersen & Flemmning Poulfelt
This book does not per se deliver an analysis of the changed terms, but takes them for granted and discusses how one can act strategically in "times of transition". The authors illustrate the new strategic paradigm - the so-called "black swan" - with a number of interesting cases. The book's greatest strength is the examples of companies, which have successfully left the conventional strategic paradigm. There is no grand theory, but plenty of specific insight and thus inspiration for further theoretical and practical work.

If you are interested in a more profound and coherent theoretical basis for working with strategic communication under the new terms, organisational process theory might be the way to go:

A Process Theory of Organizing (2014) by Tor Hernes
In a way, the point of departure is the same as above, but now within the field of organisation; a new paradigm is needed. The author reviews the assumptions which form the basis of most current organisational theory and then demonstrates why these assumptions do not pertain to what he calls "a world on the move". He then establishes a set of new and better assumptions and their theoretical consequences are unfolded. Even though the book does not explicate the practical implications of the theory, it gives plenty of food for thought and points to new forms of organisational drive.

You might ask how all this relates to and influences the understanding and practise of strategic communication. These works do not have an answer, but they will hopefully inspire you to give it further thought. In the autumn, Ib T. Gulbrandsen and I will provide our take on the matter when we publish our book Strategizing Communication – Theory and Practice (Samfundslitteratur). 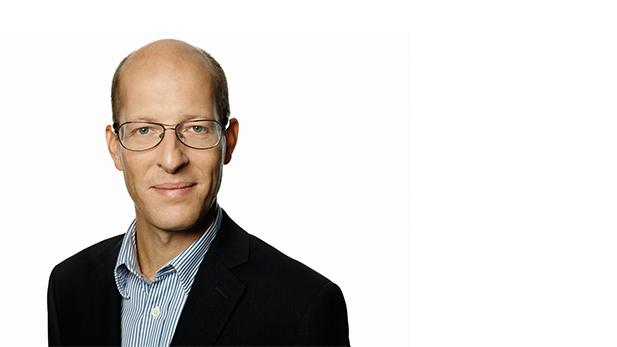 Jesper Rangvid, Professor at the Department of Finance, Programme Director for CBS Executive MBA and Director of the Pension Research Centre at CBS (PeRCent).

Jesper Rangvid focuses his research on the relationship between financial markets and the broader economy. More specifically, his research focuses on pricing of financial assets, international finance and financial crises. He lends his name to the so-called “Rangvid report,” an analysis of the causes of the financial crisis in Denmark.

The Courage to Act – A Memoir of a Crisis and Its Aftermath (2015) by Ben S. Bernanke.
In 2002, Ben Bernanke was appointed member of the board of governors for the US Federal Reserve. In 2006, he was appointed Chairman of the board of governors. He took office as commander in chief of the American monetary policymaking right before the financial crisis began to unfold.

The book gives a fascinating and interesting description of Bernanke’s perception of the course of the crisis and none the least how the Federal Reserve contributed to reducing the costs and effects of the crisis.

Ben Bernanke was, until he took office at the Federal Reserve, Professor at Princeton University. His field of research included the Great Depression in the 1930’s USA, including what we today would classify as the mistakes that the Federal Reserve made at the time. Ben Bernanke was therefore probably the best person for the position during the financial and economic crisis in 2007-2009. My belief is that the world should thank Ben Bernanke for his efforts to ensure that the crisis in 2008-2009 after all did not develop in the same way as the Great Depression in the 1930s. That being said, the book is naturally Ben Bernanke’s own explanation. One can therefore question whether Ben Bernanke is critical enough on the Federal Reserve’s actions prior to the crisis (where he was also part of the board of governors).

Andre folks penge – Historien om den danske finanskrise (revised ed., 2014) by Niels Sandø and Thomas G. Svaneborg.
Having read Bernanke’s book on the American and global financial crisis, turning your gaze to the Danish crisis can be interesting. “Andre folks penge” (“Other people’s money”) gives a vivid, but also frightening, image of how Danish property investors borrowed large sums of money in Danish banks for often exorbitant and flighty projects in the period before the financial crisis, and how willing some Danish banks were to finance these projects. Many of these banks later had to go out of business when the property market plummeted and the investors were unable to meet the loan obligations, resulting in the banks being left with great losses.

The book has a high pace with fascinating character descriptions. However, as a reader you can sometimes lose your breath, and you could wish for a deeper explanation of what really happened. If you have this desire, I would like to recommend the Rangvid report from 2013, which exactly gives this thorough and detailed description of the causes and consequences of the financial crisis. The “Rangvid report” is not as colourful as “Andre folks penge” but can be recommended if you want a more thorough insight into what created the financial crisis.

The Great Escape: Health, Wealth and the Origins of Inequality (2013) by Angus Deaton.
When you are acquainted with the reasons for and consequences of the financial crisis I would recommend Nobel laureate in Economy Angus Deaton’s very insightful book on economic growth. Some believe the economic growth rate to be too low, others believe that we focus too much on it while even others believe that the fruits of economic growth are not distributed equally, meaning that we through the past centuries have experienced growing inequality. Angus Deaton’s book is probably the best book there is to explain these central dilemmas. The book gives great insights as to why we today live longer, healthier, and richer lives, but also why economic growth is distributed like it is, both across and within nations. On the book’s website one reviewer of the book writes: “The Great Escape tells the two biggest stories in history: how humanity got healthy and wealthy, and why some people got so much healthier and wealthier than others.” This quote hits home.

Read the book. It is fascinating.