CBS’ first institutional participation in Copenhagen Pride enjoyed great support. Around 350 persons from CBS – researchers, administrative employees, students, and alumni – joined the actual parade, and members of the audience with a relation to CBS, who saw the Pride parade party its way past, gave them great support and showed their own pride of CBS. 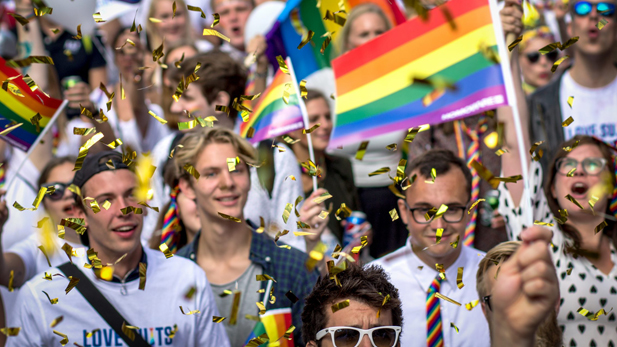 - It was an awesome day. I have never been to a CBS event that brought the participants together across all boundaries – from deans and department heads to canteen personnel and students – all happy and proud to be part of CBS.

That is how Associate Professor Sara Louise Muhr, who researches in Identity and Diverstity Management at the Department of Organization, is member of CBS’ Council for Diversity and Inclusion (CDI), and the key person for CBS’ first participation in Copenhagen Pride describes Sunday 19 August. She continues:

- Among many, I met two freshman students who told me that CBS’ participation in Pride meant the world to them starting their first year as students. And CBS employees, who are not part of CBS’ LGTB community but had just come to watch the Pride parade pass by, came up and let me know that we made them proud to be part of CBS. It was amazing! 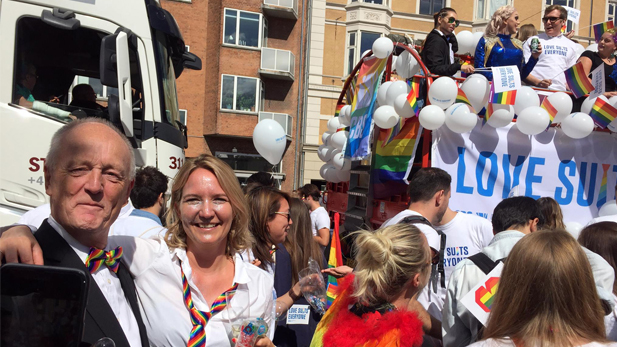 The first participants from CBS had gathered at the CBS truck behind Frederiksberg Town Hall already at 10:00 in the morning. So the CBS Pride team coordinating CBS’ participation in the parade and the volunteers had more than enough helping hands to decorate the parade truck with banners and balloons and other practical tasks.

At 11:00, there were a lot of participants; at 12:00 things were outright crammed; and at 12:45 the CBS Pride team ran out of the 140 rainbow ties and butterflies as well as the 250 t-shirts with CBS’ ‘Love Suits Everyone’ slogan. This means that the participating group totalled at least 350 persons – a much larger success than expected.

The parade truck with Mr. & Mrs. CBS in drag – the students Karla Egholm and Finn Ferjá aka ‘Miss Boogie’ – and approx. 350 participants from CBS joined the Pride parade around 15:00. Finally, they could march and dance – many in sky-high heels –the 3.3 kilometre long route along Frederiksberg Allé and Vesterbrogade, joining the giant party at Rådhuspladsen in perfect disorder. 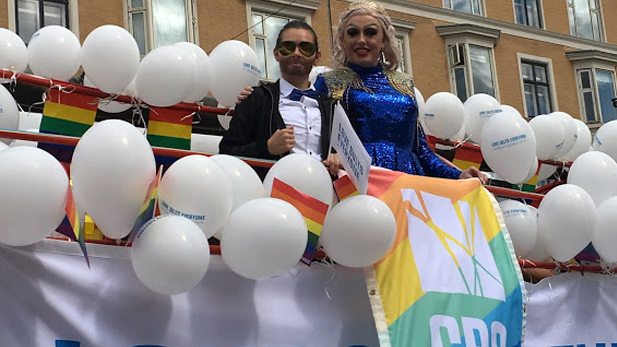 Diversity and inclusiveness are key issues for CBS

- CBS participating in Copenhagen Pride has been on our agenda for a long time, and we decided that now, in the year of CBS celebrating its centennial, was the perfect time. It is important to CBS, both as a place to work and as study environment for more than 20,000 students, to not just actively work to expand our inclusiveness, but also to send a clear signal that we are doing so. It is so very important to many of our students, says Sara Louise Muhr and underlines:

- Today, ever more young people come out as queer earlier and earlier but are met by demands from the institutions in order to be able to realise their professional talent and competencies. If CBS as an institution does not concern itself with issues that are so personally important to so many people, we would lose touch with reality. It is not enough to do research within the field of gender, culture, and sexuality in the workplace; we must clearly mark our standpoint in regards to diversity and inclusiveness. 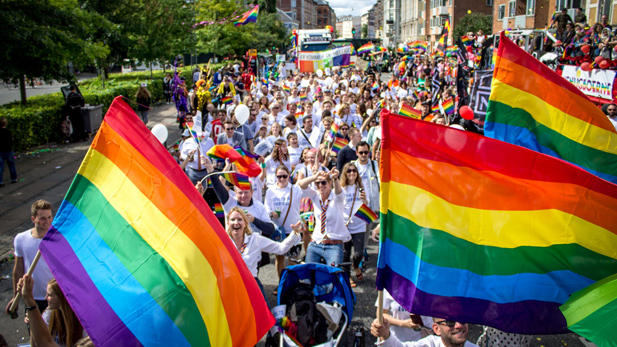 CBS' President was sad not to lead the parade

CBS’ official support for the participation in Pride was substantial, also when it came to funding: Senior Management supported with a budget of DKK 70,000. On top of that, 8 out of 14 CBS departments put in DKK 5,000 each. But the CBS president was a little disappointed with the day… or rather the date. He would have liked to support the parade more personally and directly:

- I am honestly a bit disappointed in Pride this year, simply because it was planned on a date where I had arrangements I could not get out of. Last year I had proclaimed that I not only would participate in CBS’ first Pride parade here in the centennial year, but that I would also head it. It sends an important signal about CBS’ stance on diversity, says President Per Holten-Andersen and elaborates:

- Diversity is much more than man/woman, sexuality, or even gender identification – it is the entire scale of personal existential variations. As long as you unfold those with consideration for others, it is and should be a human right to be able to also realise your full potential. Too many do not have this opportunity… they are excluded and we cannot allow that. CBS must take a stand on these issues and show it loudly and clearly. 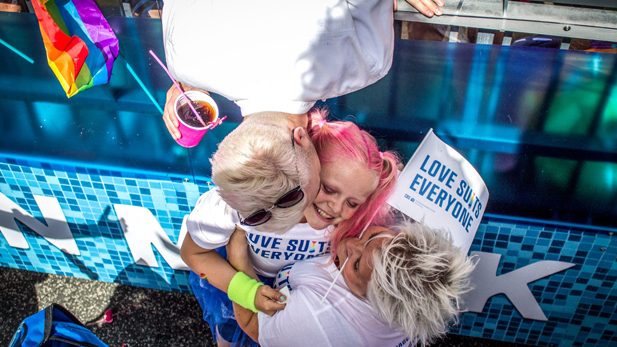 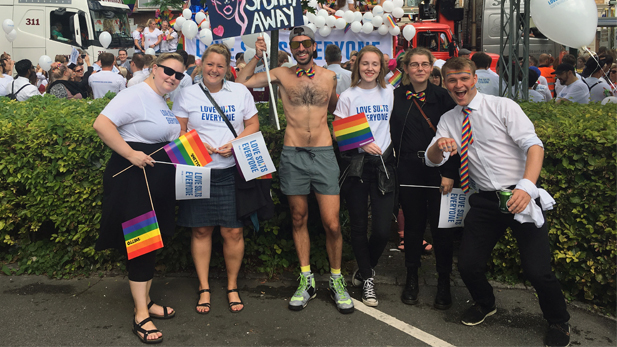 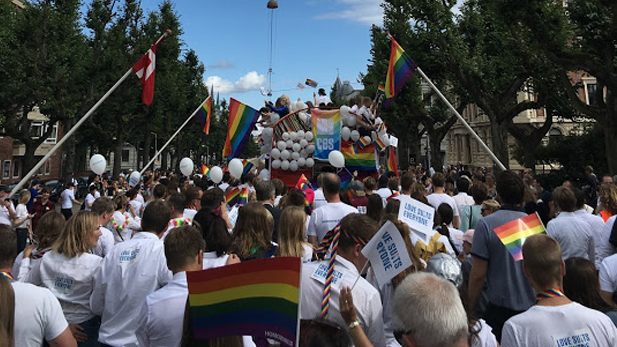